Today’s Spanish Papers: La Liga title race hots up as Barcelona win at Valencia and Eden Hazard is set to start against Chelsea 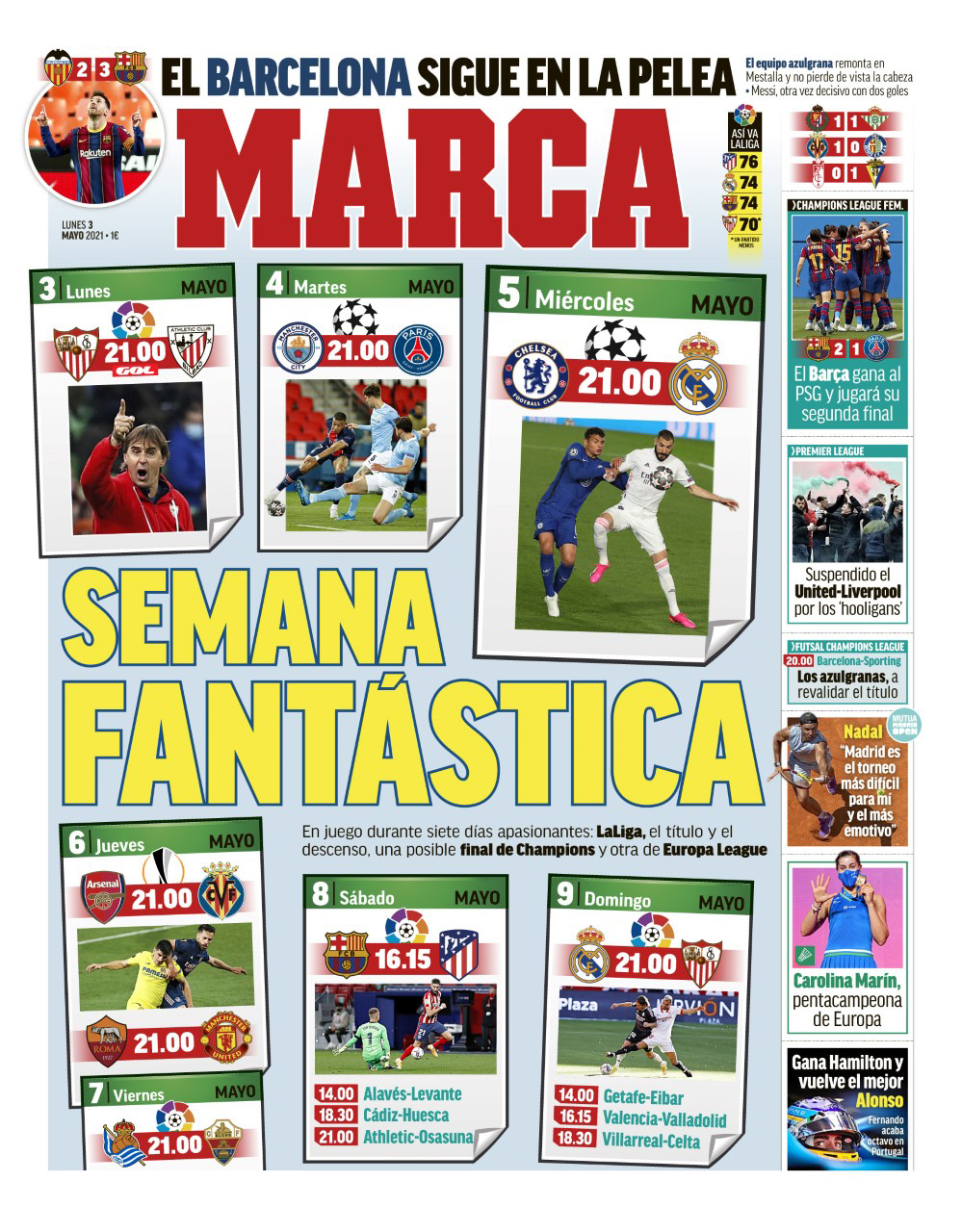 LA LIGA: Fantastic Week - A fantastic week is on the horizon in Spanish football. Sevilla's title push continues against Athletic Bilbao, Real Madrid aim for the Champions League final in their semi at Chelsea, Villarreal face Arsenal in Europa League for a decisive weekend in La Liga as Atletico Madrid head to Barcelona and Real Madrid face Sevilla. 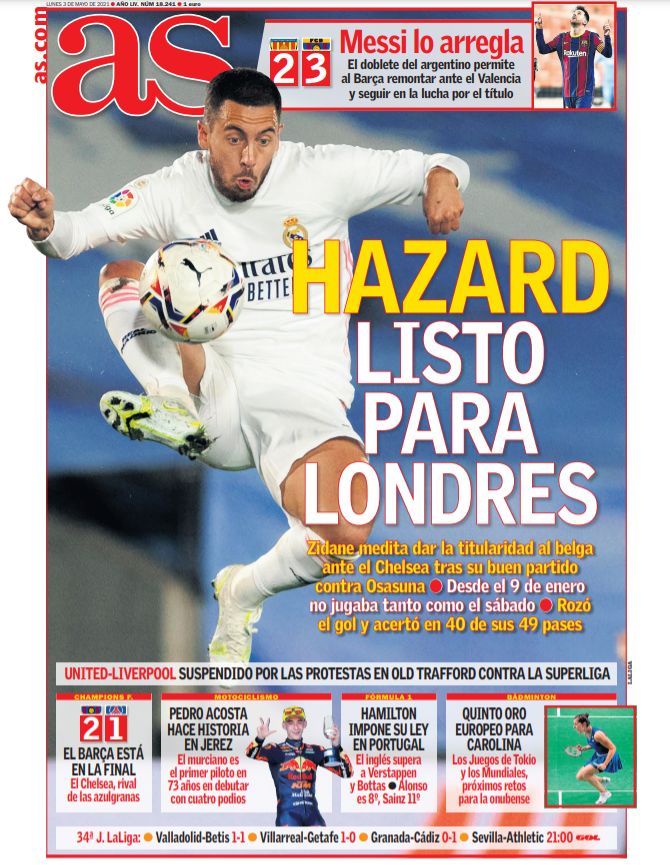 REAL MADRID: Hazard is on the list for London - Zinedine Zidane is considering starting Belgian star Eden Hazard against Chelsea after a standout display v Osasuna. He made his first Los Blancos start since January 9 this weekend with an 80% pass success rate. 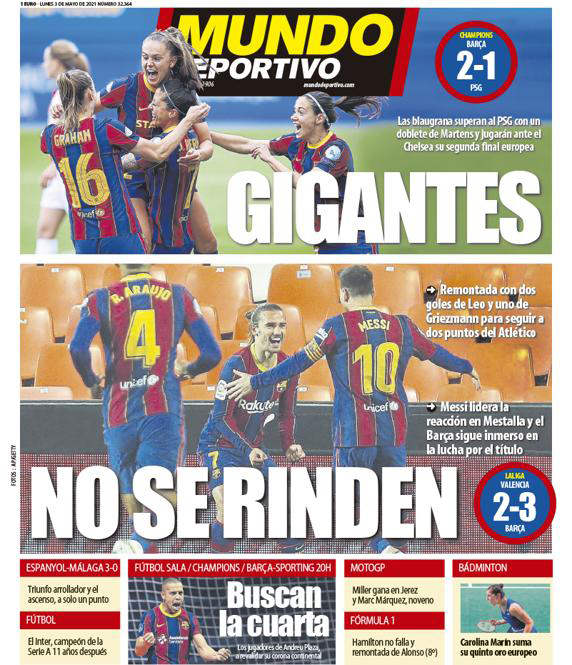 BARCELONA: No Surrender - Barcelona fight back to secure a 3-2 win away at Valencia with two goals for Lionel Messi and one for Antoine Griezmann. The result keeps Ronald Koeman's side within two points of leaders Atletico Madrid ahead of their meeting next weekend at the Camp Nou.