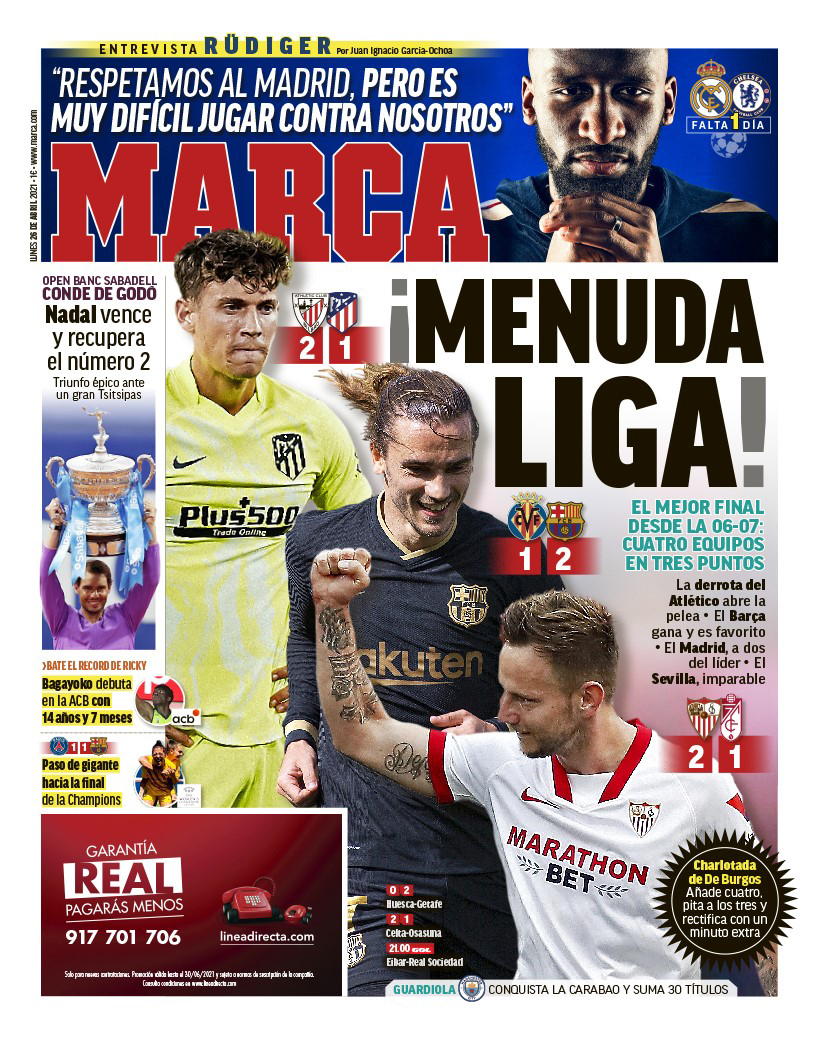 LA LIGA: What A League - La Liga is set for a tense title run in this season with four teams separated by just three points. Atletico Madrid slipped to a 2-1 defeat at Athletic Bilbao with Barcelona winning at Villarreal and Real Madrid drawing at home to Real Betis and Sevilla winning at home to Granada. 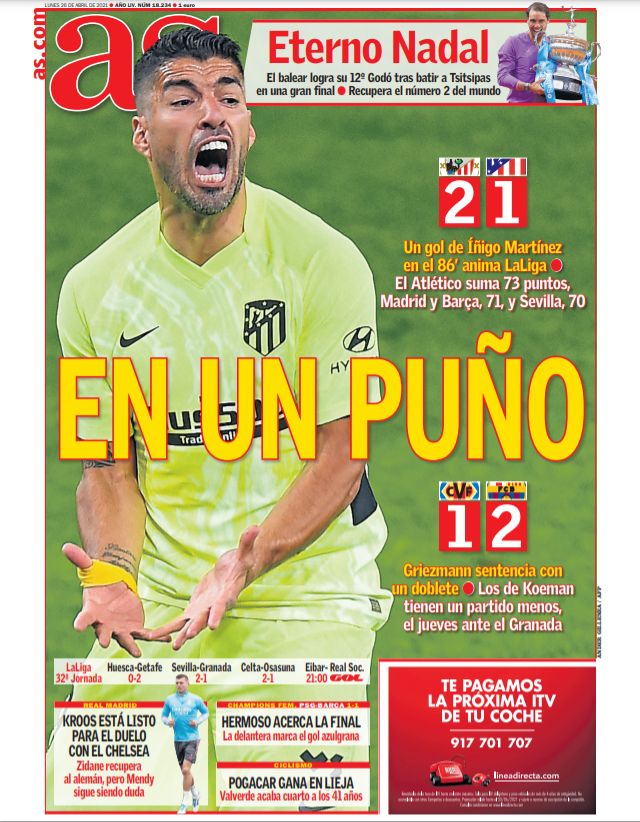 LA LIGA: It's a Battle - Athletic Bilbao sealed a late win over leaders Atletico Madrid thanks to an 86th minute winner from Inigo Martinez. Los Rojiblancos end the weekend on 73 points with Real Madrid and Barcelona both on 71 and Sevilla on 70. Antoine Griezmann netted twice as Barcelona won 2-1 at Villarreal with Ronald Koeman's side able to leapfrog Atletico if they win their game in hand over Granada in midweek. 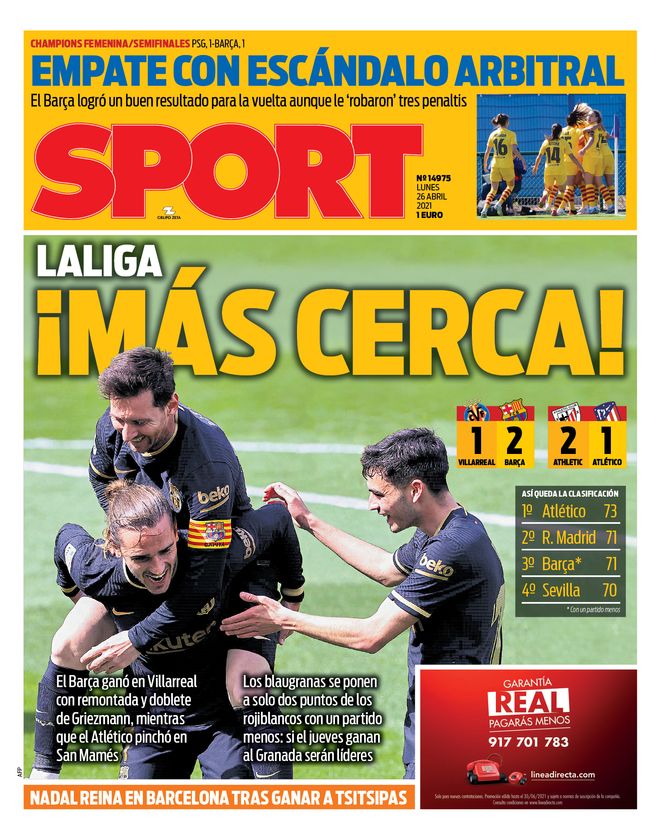 LA LIGA: La Liga Gets Closer - Barcelona secure a vital 2-1 win at Villarreal as the La Liga title race hosts up as Atletico Madrid lose 2-1 at Athletic Bilbao. La Blaugrana are now just two points behind Diego Simeone's league leaders and they can overtake them with a midweek win in their game in hand at home to Granada.