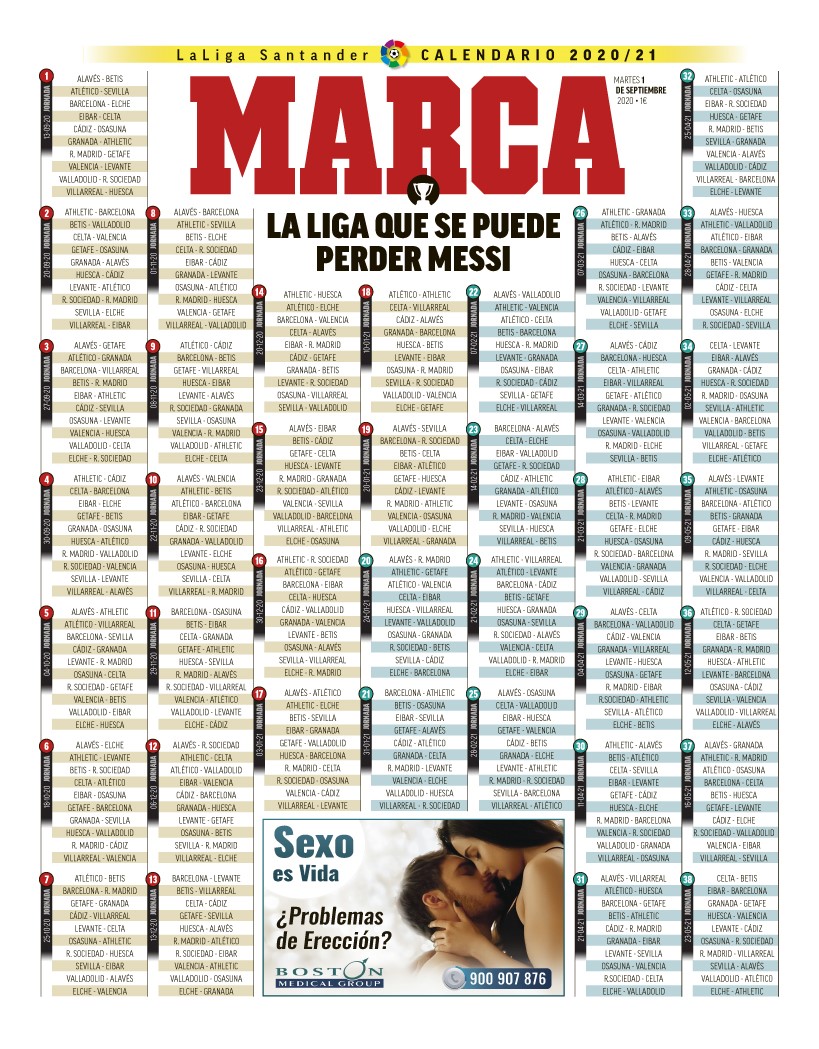 LA LIGA: The League that could lose Messi - The La Liga 2020-21 fixtures have been confirmed ahead of its kick off on September 13, with Barcelona still uncertain about whether or not Lionel Messi will be a Barcelona player by then. 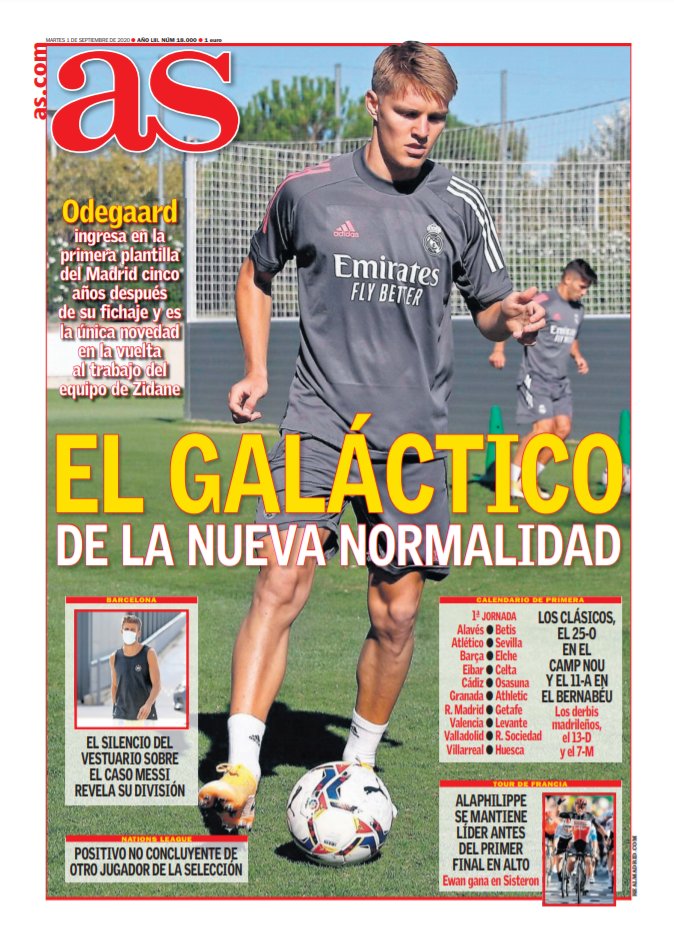 REAL MADRID: The Galactico of the new normal - Martin Odegaard will enter the Real Madrid first team in 2020-21, five years after his arrival at the club, as the Norwegian returns to preseason training with Zinedine Zidane's side. BARCELONA: Silence in the Barcelona dressing room about the future of Lionel Messi after he revealed his decision to leave the club last week. 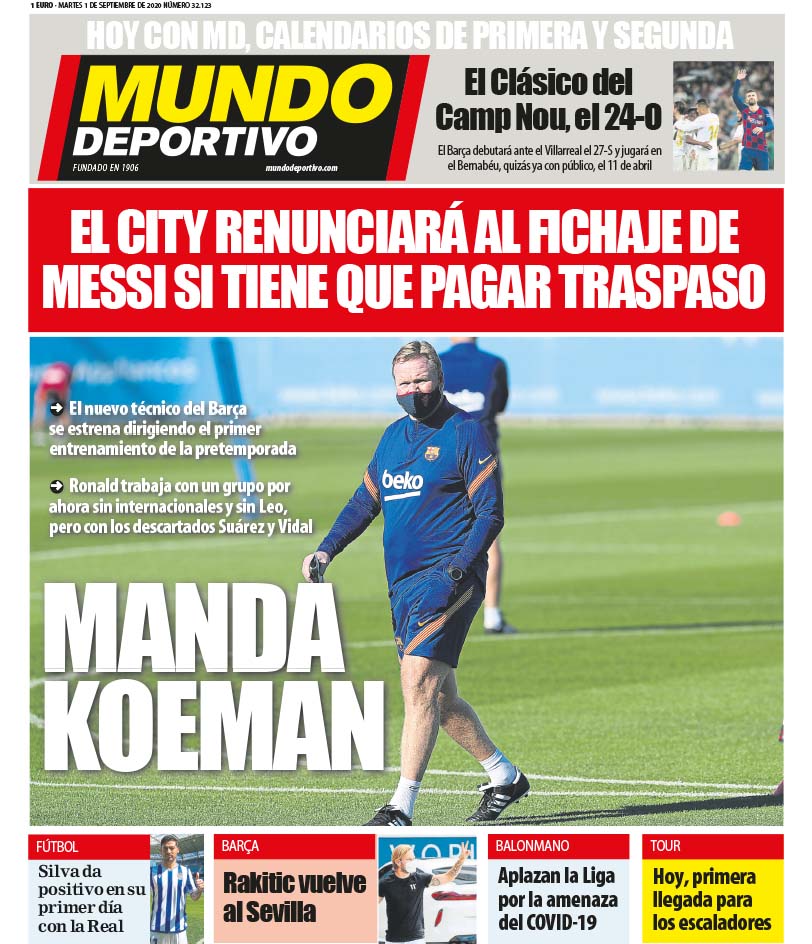 BARCELONA: Manchester City will announce the signing of Lionel Messi, but they will have to pay a transfer fee. New Barcelona boss Ronald Koeman has taken charge of his first preseason training session, however Messi missed the return to training, but Luis Suarez and Arturo Vidal were in attendance.