Today’s Spanish Papers: Kylian Mbappe and Lionel Messi to face off as PSG head to Barcelona in Champions League 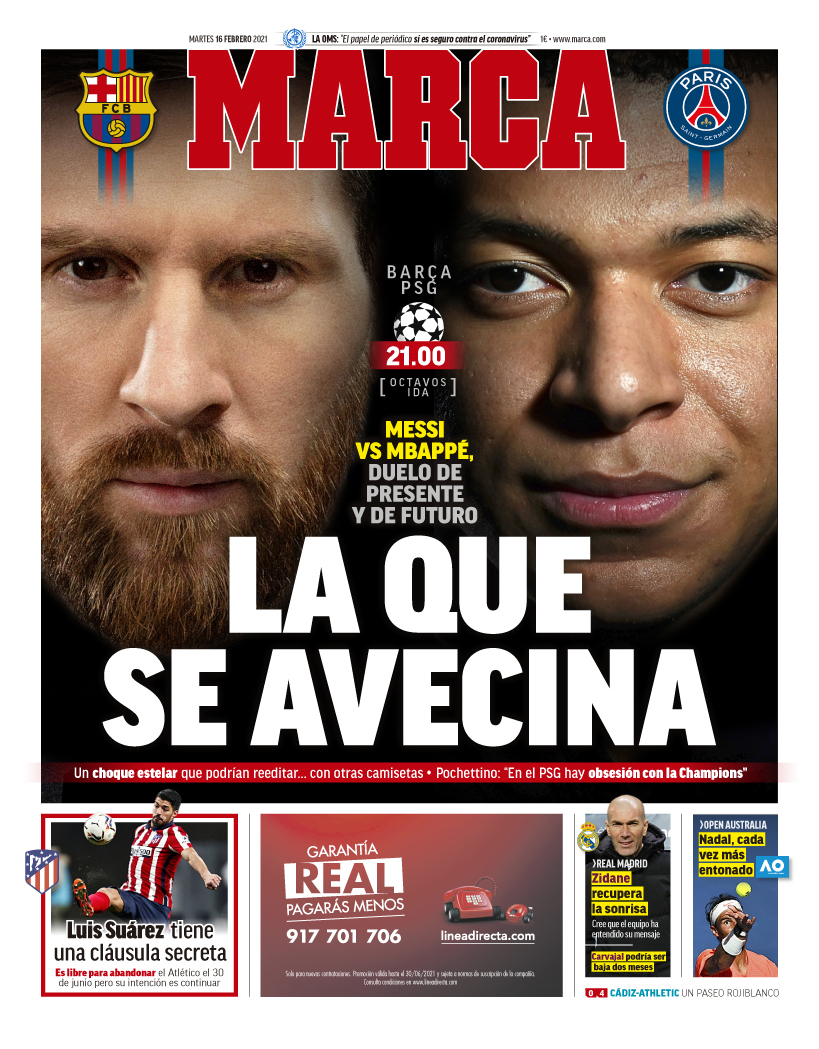 BARCELONA: Something Big is Coming - Lionel Messi and Kylian Mbappe are set to face off as the present v the future as PSG head to Catalonia in Champions League action. New PSG boss Mauricio Pochettino claims the club are 'obsessed' with winning the Champions League. 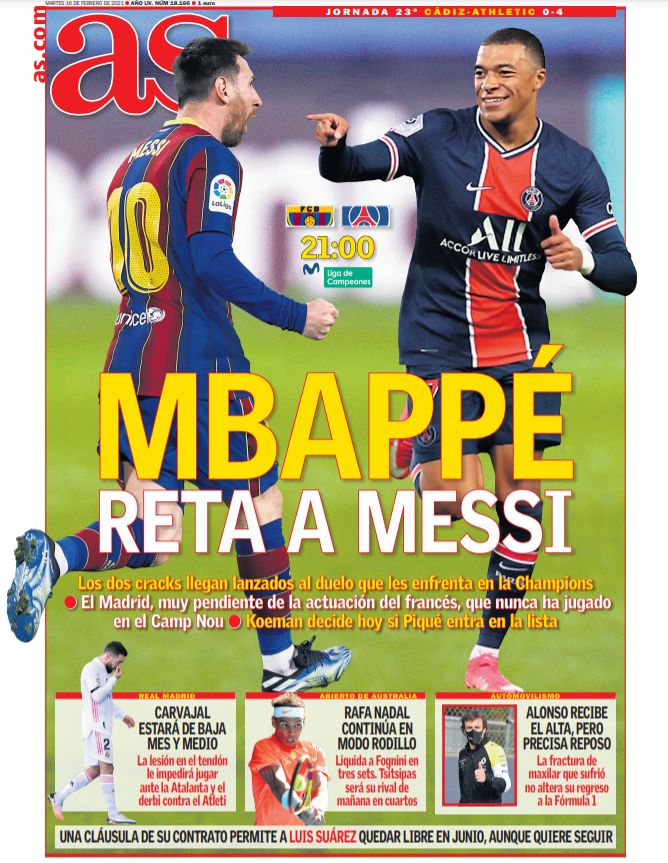 BARCELONA: Mbappe challenges Messi - The two global superstar are set for a huge showdown in the Champions League last 16 at the Camp Nou. French international and Real Madrid target Mbappe will play in Catalonia for the first time in his career with Ronald Koeman set to make a late call on the fitness of Gerard Pique. 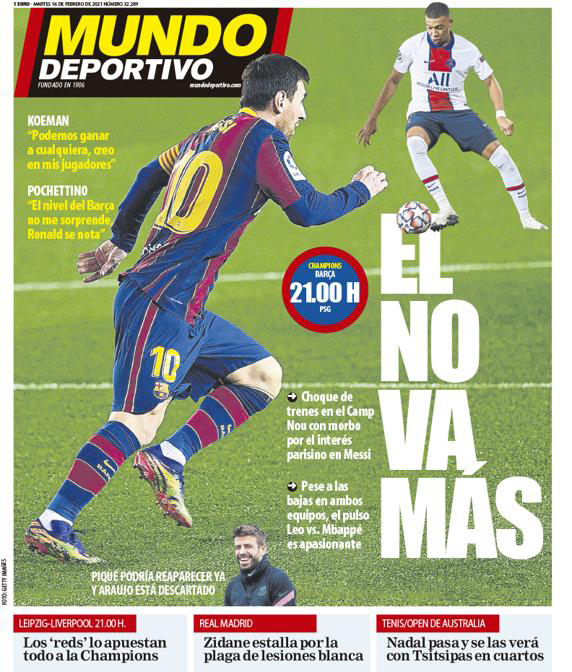 BARCELONA: He does not go, anymore - Barcelona boss Ronald Koeman is confident his side can beat any team in the world, as he has full faith in his players ahead of their clash with PSG. The Catalans are also confident the visit of the French side will not be an audition for Lionel Messi as they aim to keep hold of him this summer.