Friday’s front page headlines from Marca, Mundo Deportivo and Diario AS – in English! 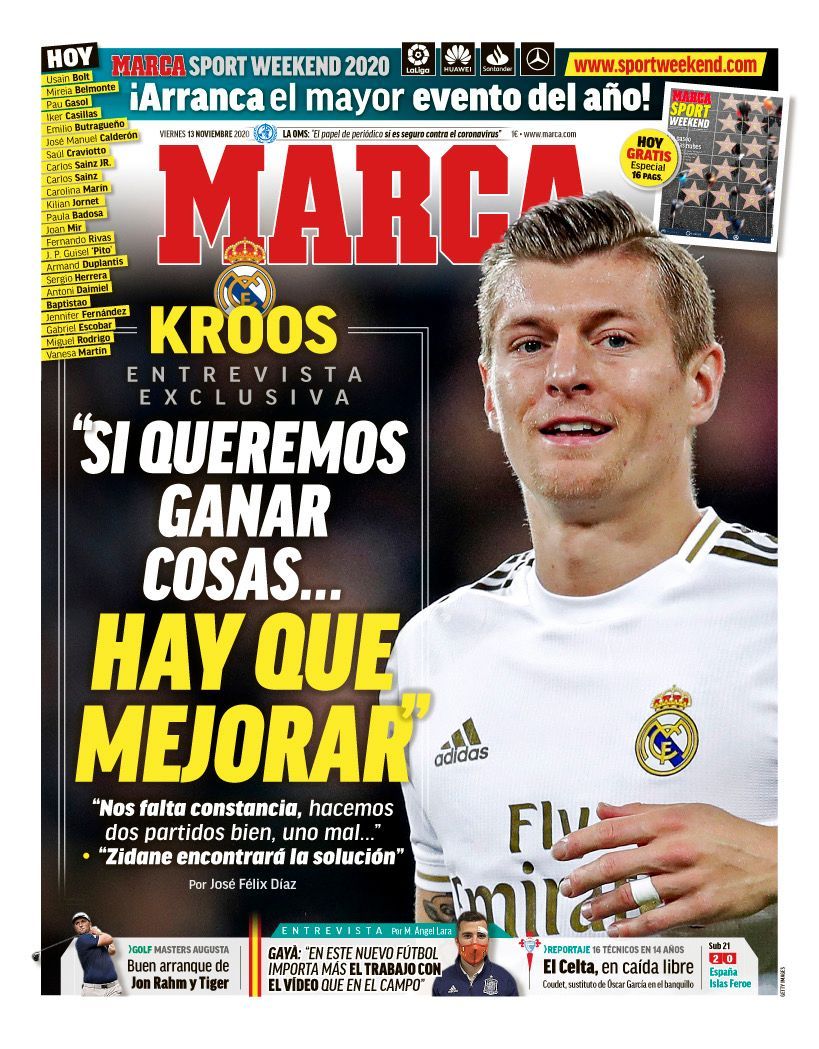 Toni Kroos: "If we want to win, we have to improve. We lack consistency - we play two games well and then one game badly. Zidane will find the solution." Jose Gaya: "In modern football is more important to work with video than out on the pitch." Celta Vigo in free-fall: Coudet comes in for Oscar Garcia in the dugout, becoming their 16th coach in 14 years. 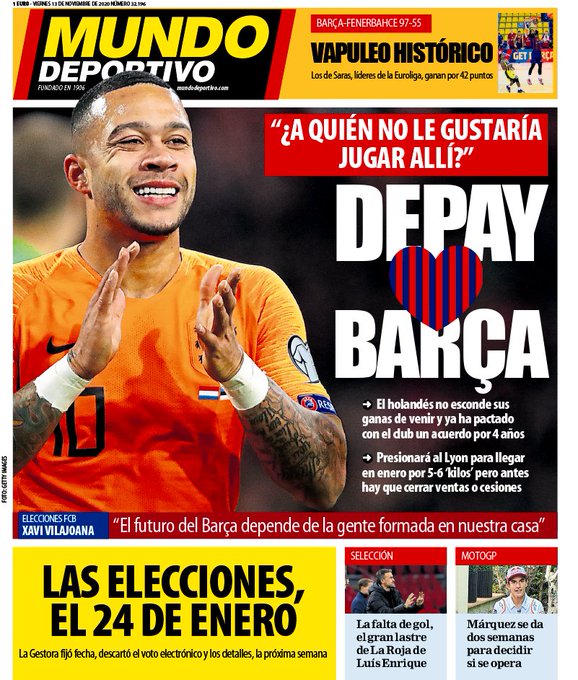 Depay loves Barcelona: "Who wouldn't want to play there?" The Dutchman doesn't hide his desire to come to Catalonia and has agreed a four-year deal with the club. He'll now apply pressure to Lyon to allow him to come to Spain in the January transfer window. Xavi Vilajoana: "The future of Barcelona depends on the people who make up our house." Elections will be on January 24th: Barcelona's management have set a fixed date and won't allow electronic votes. More details set to come next week. 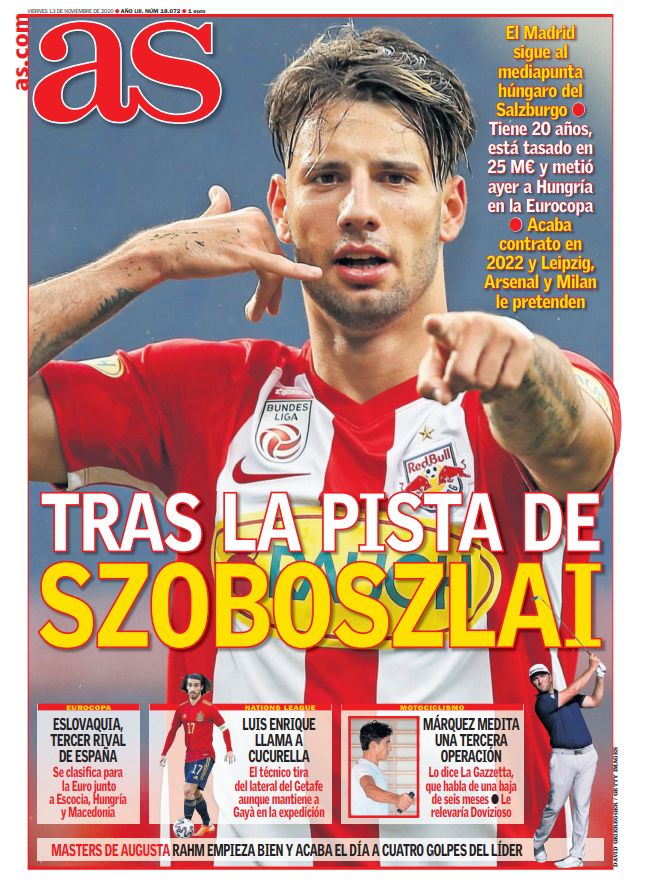 On Szoboszlai's trail: Real Madrid are following the Hungarian, who plays for Salzburg. The 20 year-old is expected to cost €25m and put Hungary into the European Championships on Thursday night. His contract ends in 2022 and Leipzig, Arsenal and Milan are also interested. Slovakia, Spain's third rival: They qualified for the European Championships alongside Scotland, Hungary and Macedonia. Luis Enrique calls on Marc Cucurella: The Getafe youngster is called up to replace Jose Gaya even though the injured Valencia left-back is going to stay with the group.