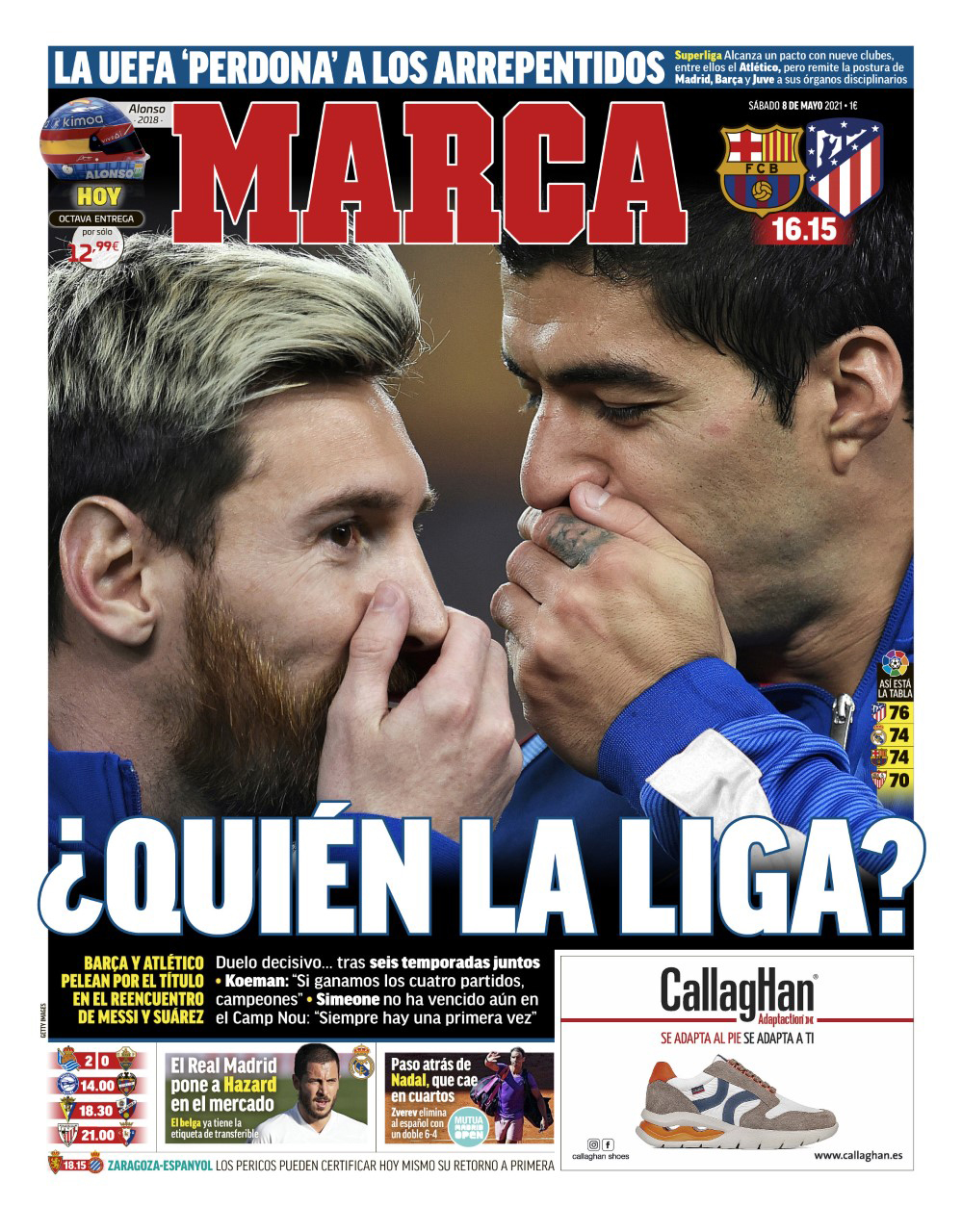 LA LIGA: WHO WINS LA LIGA - Barcelona and Atletico Madrid will fight for the title in key showdown that sees Lionel Messi against Luis Suarez on opposite sides after six seasons together in Catalonia. Ronald Koeman: "If we win four matches, we are  champions". Diego Simeone has never won at the Camp Nou, but trusts "there is always a first time" ahead of the game. 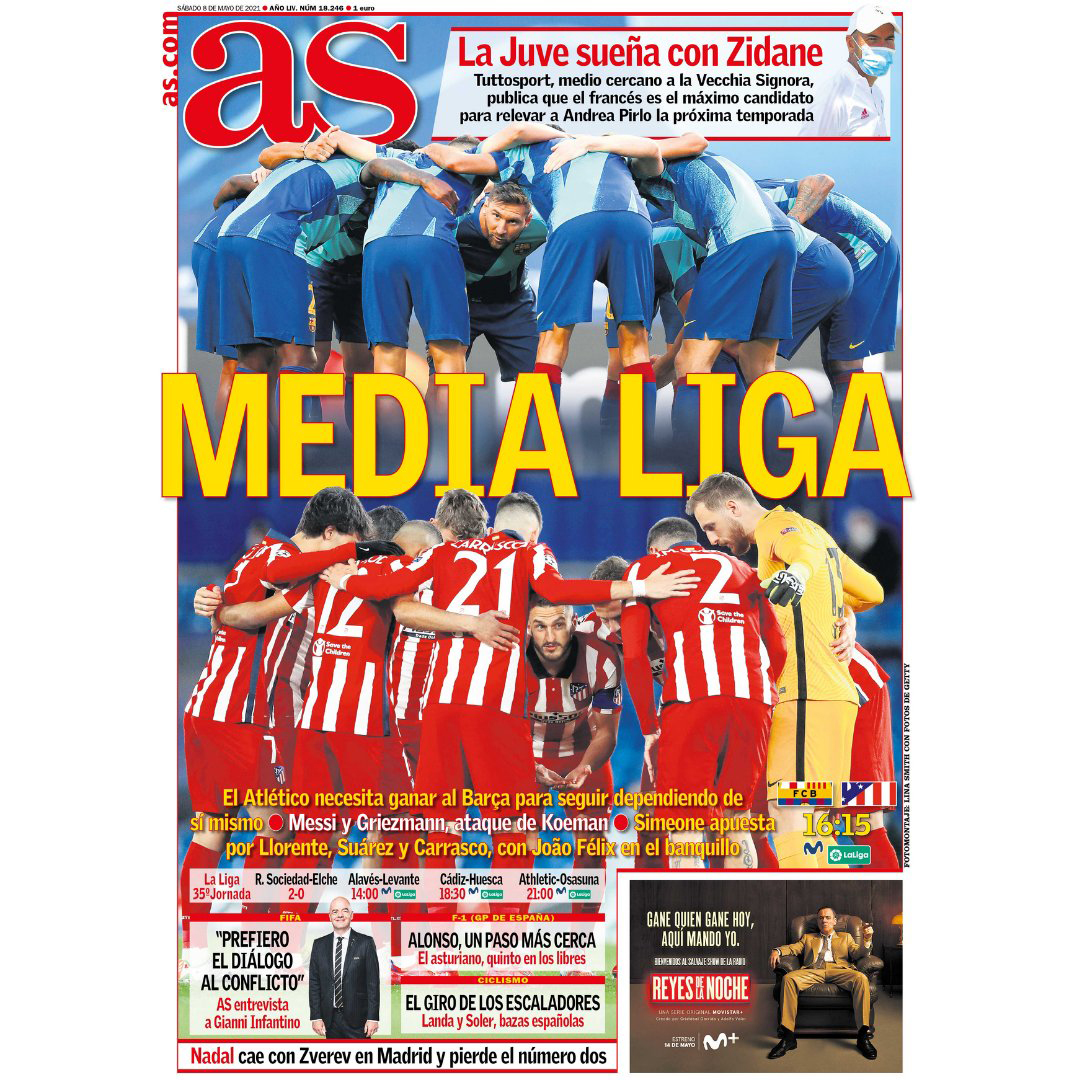 LA LIGA: Half League - Atletico Madrid need to win away at Barcelona as they aim to maintain their lead at the top of the table. Lionel Messi and Antoine Griezmann will start in attack for Ronald Koeman's side with Diego Simeone starting Marcos Llorente, Luis Suarez and Yannick Carrasco and Joao Felix on the bench. 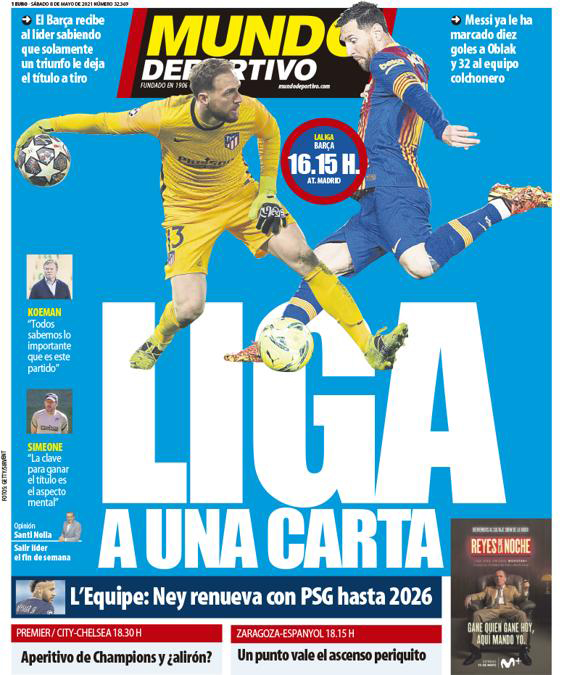 LA LIGA: La Liga on its last card - Barcelona will play host to leaders Atletico Madrid knowing that only a win will suffice as they aim to stay in the title race. Lionel Messi has already netted 10 goals against Los Rojibancos keeper Jan Oblak and 32 as a career total against Atletico.