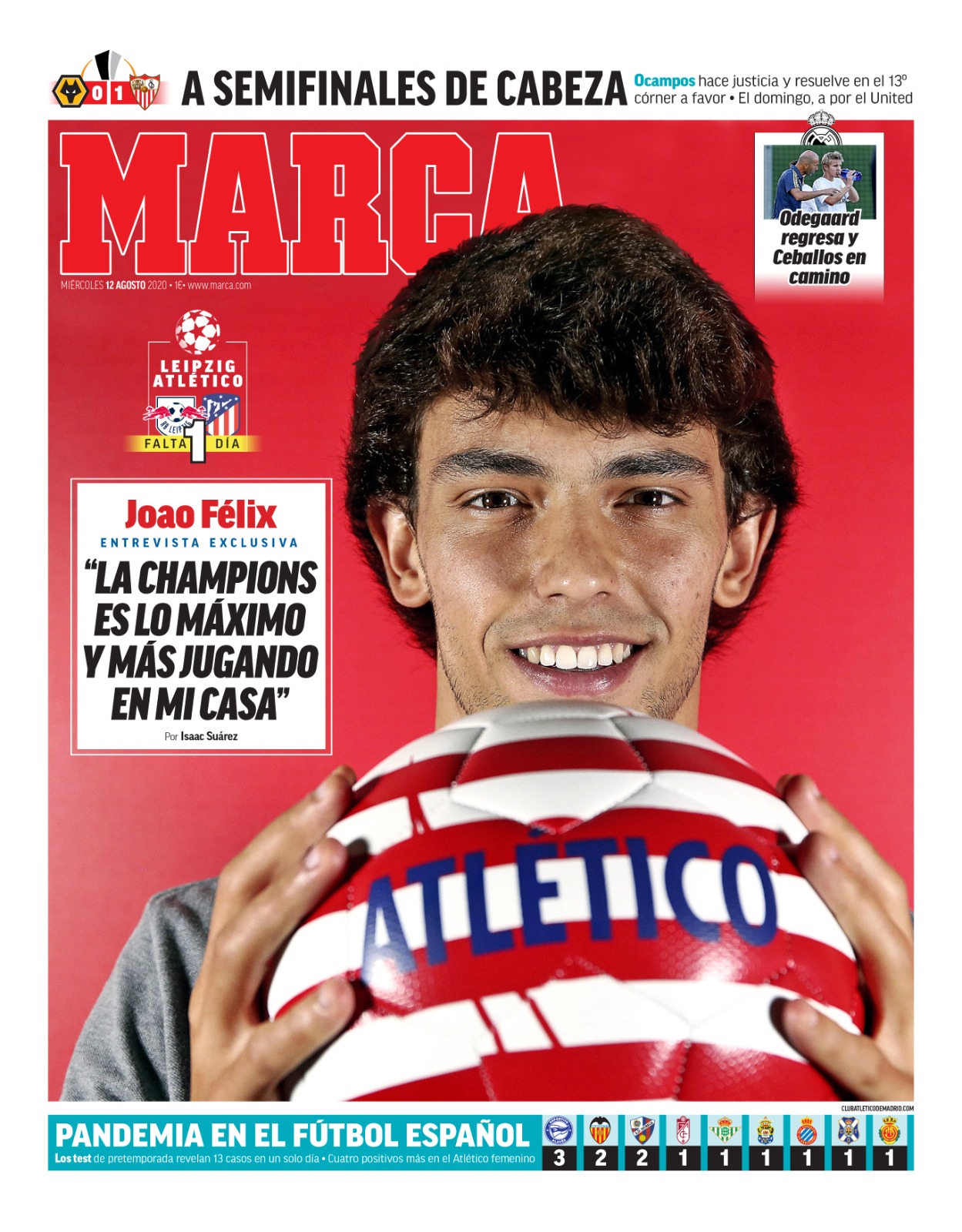 ATLETICO MADRID: Joao Felix Interview - The Champions League is the maximum competition to play in, even more so in my home city of Lisbon. REAL MADRID: Martin Odegaard is set to cut short his loan spell at Real Sociedad and return to Real Madrid this summer, and Dani Ceballos is also set to return to the Spanish capital. 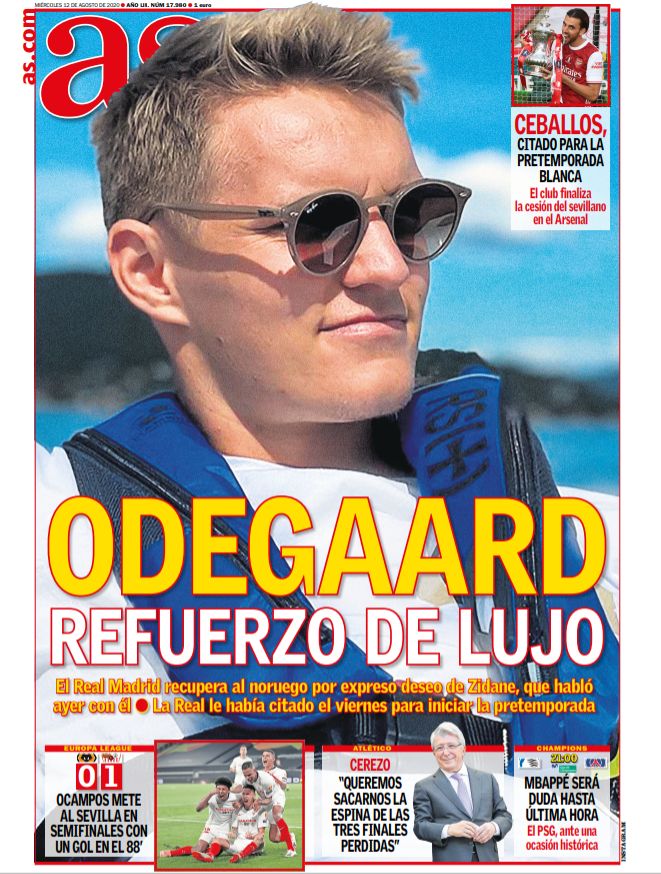 REAL MADRID: Odegaard 'The Luxury reinforcement' - Norwegian international Martin Odegaard will return to Real Madrid ahead of the 2020-21 La Liga season, after Zinedine Zidane personally spoke with him last week. Real Sociedad were hopeful of retaining him on loan for another season, with their pre-season campaign set to start next week. 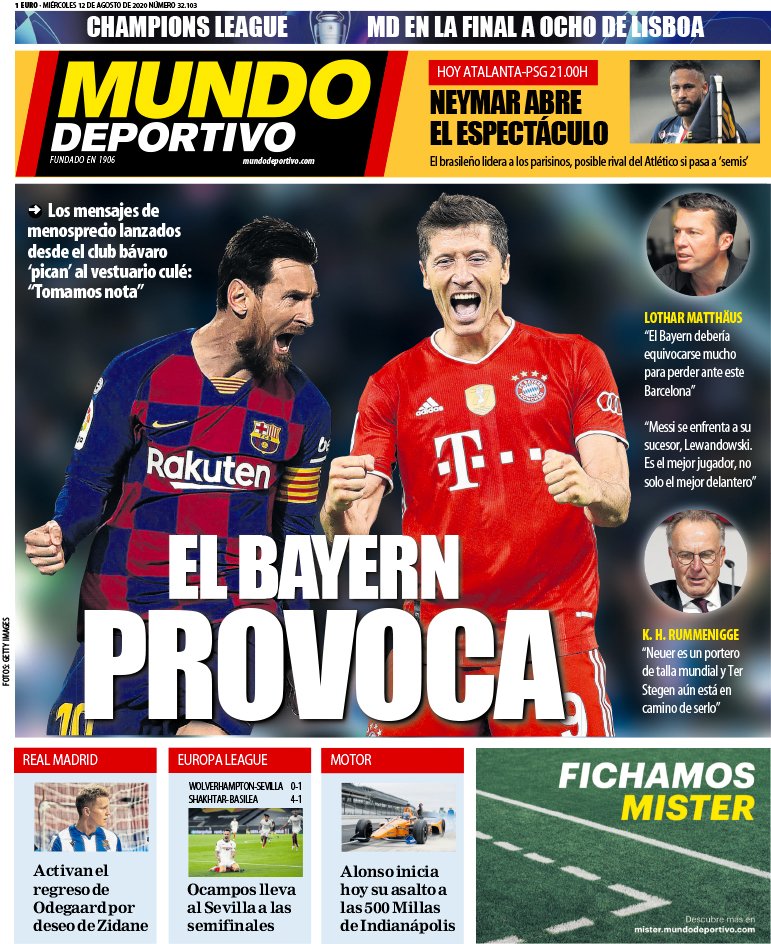 BARCELONA: Bayern Provokes - Bayern Munich have reportedly upset members of the Barcelona squad with disparaging messages ahead of their Champions League clash this weekend, with Lothar Matthaus and Karl-Heinz Rummenigge at the centre of the controversy ahead of the game in Lisbon.