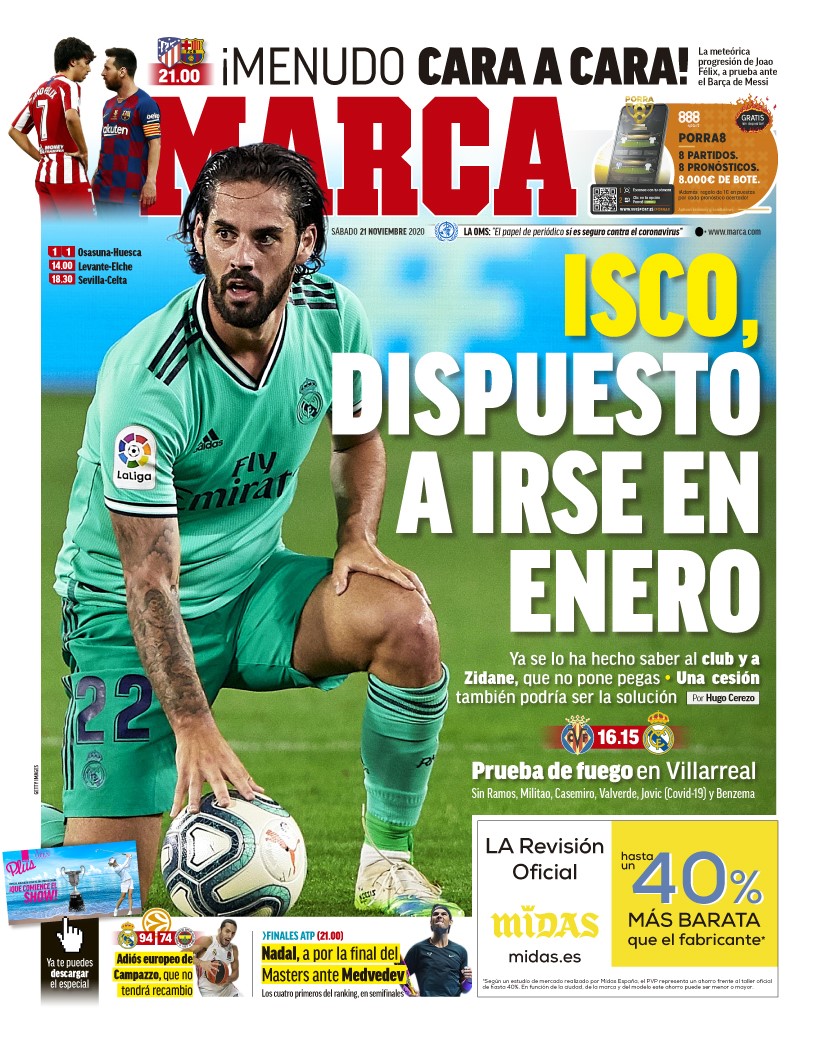 REAL MADRID: Isco is willing to go in January: The Spanish international has reportedly already spoken to Zinedine Zidane and the club to indicate his intention to leave. He could leave on a permanent deal or a loan to buy move from the La Liga champions. 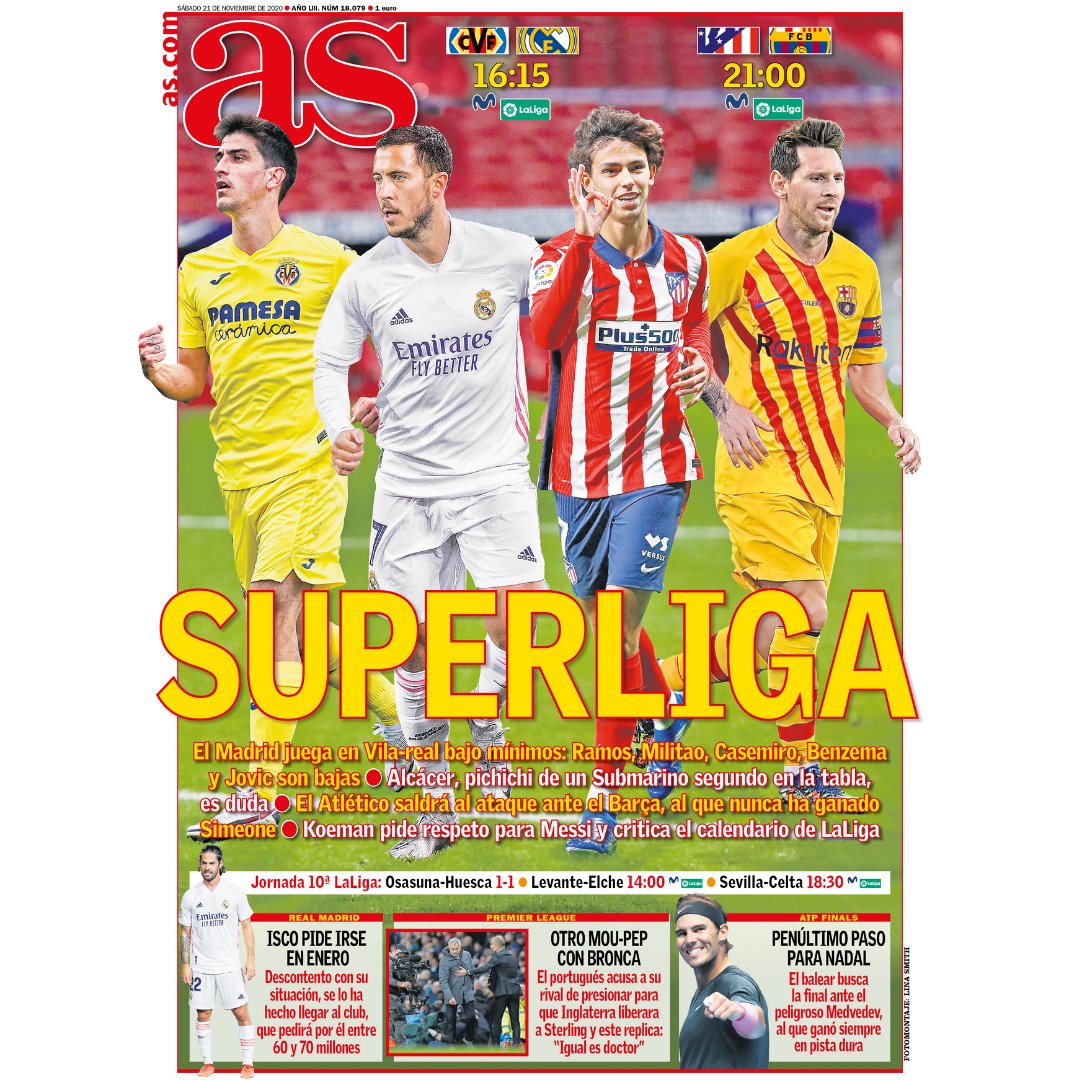 LA LIGA: Superliga - Real Madrid face Villarreal, with Ramos, Militao, Benzema, Militao and Jovic all sidelined. In form Paco Alcacer is ruled out for Unai Emery's side. Barcelona head to Atletico Madrid, with Luis Suarez missing the visit of his former club after testing positive for Covid-19 on international duty with Uruguay. 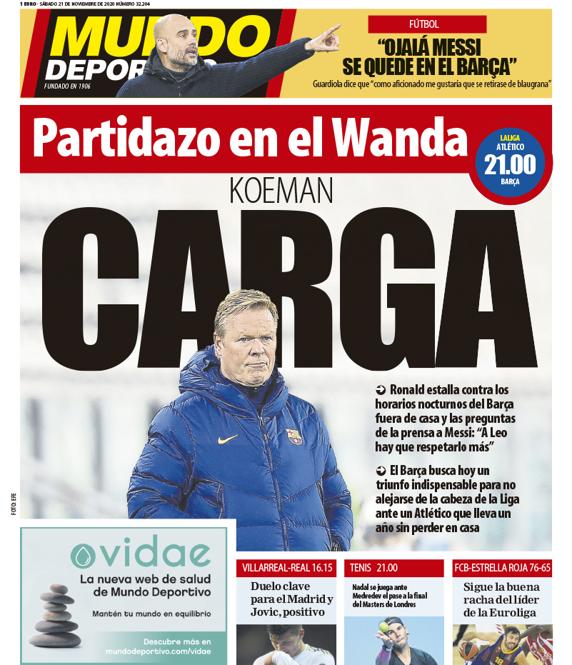 BARCELONA: Koeman Load - The Dutch boss has railed against night time kick offs in Barcelona's away games so far this season and called on the media to show Lionel Messi more respect. Barcelona are aiming for a vital win against Atletico Madrid this weekend to bring themselves back into the La Liga title race.