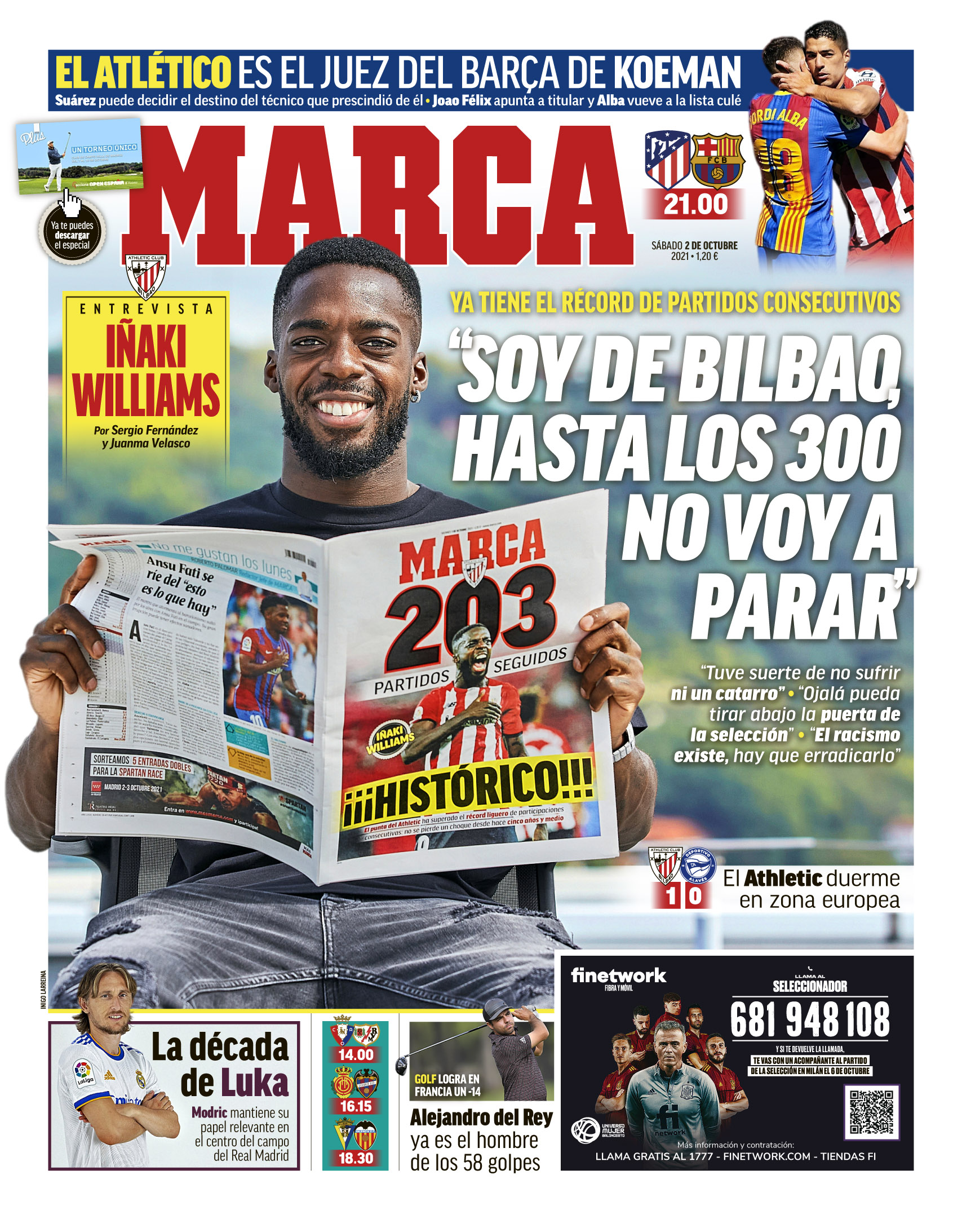 ATHLETIC BILBAO: Inaki Williams Interview - 'I am from Bilbao, I will not stop until I get to 300'. Williams has been speaking ahead of breaking a record for consecutive La Liga appearances (203) in their 1-0 win over Alaves. Williams outlines his plans to continue his injury free streak and force his way into the Spain team on a regular basis and admitted more needs to be done to rid football of racism. 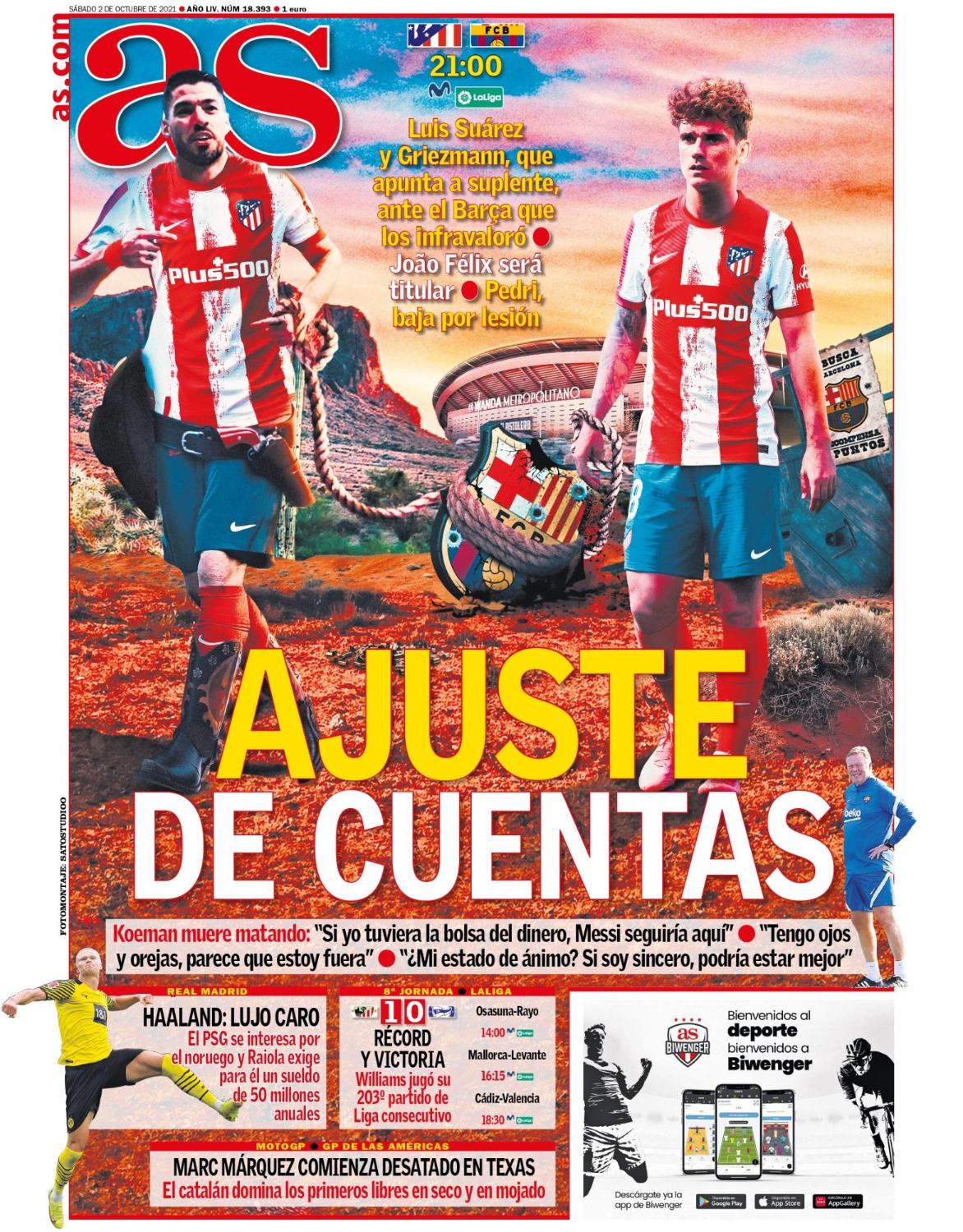 ATLETICO MADRID/BARCELONA: The Reckoning - Luis Suarez and Antoine Griezmann prepare to face Barcelona as the 'underrated' by the Catalans. Joao Felix is expected to start against Barcelona but injured Pedri misses out. 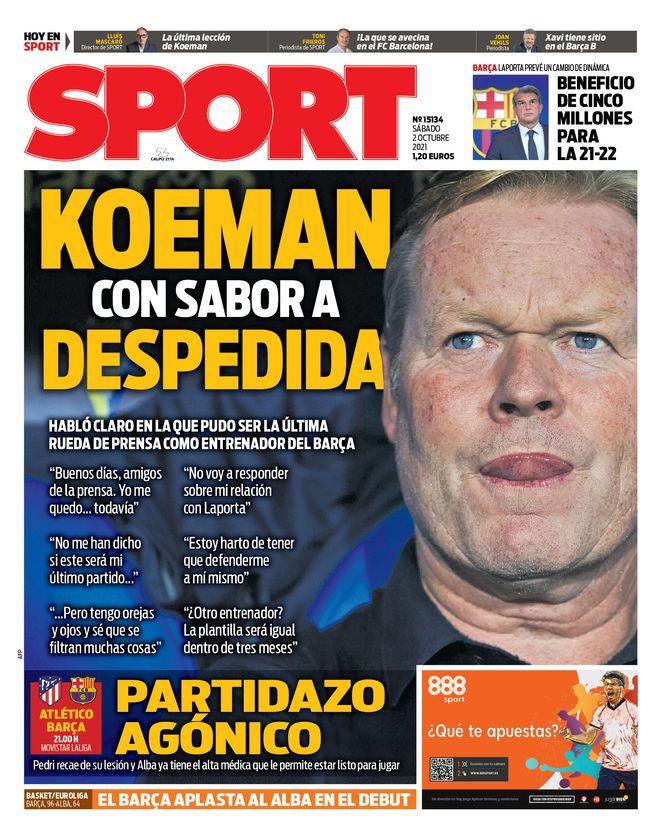 BARCELONA: Koeman can taste his sacking - Koeman has spoken ahead of Barcelona's trip to Atletico Madrid in what could be his last press conference at the club. Koeman is expected to meet with Joan Laporta for showdown talks next week to decide his future in Catalonia.