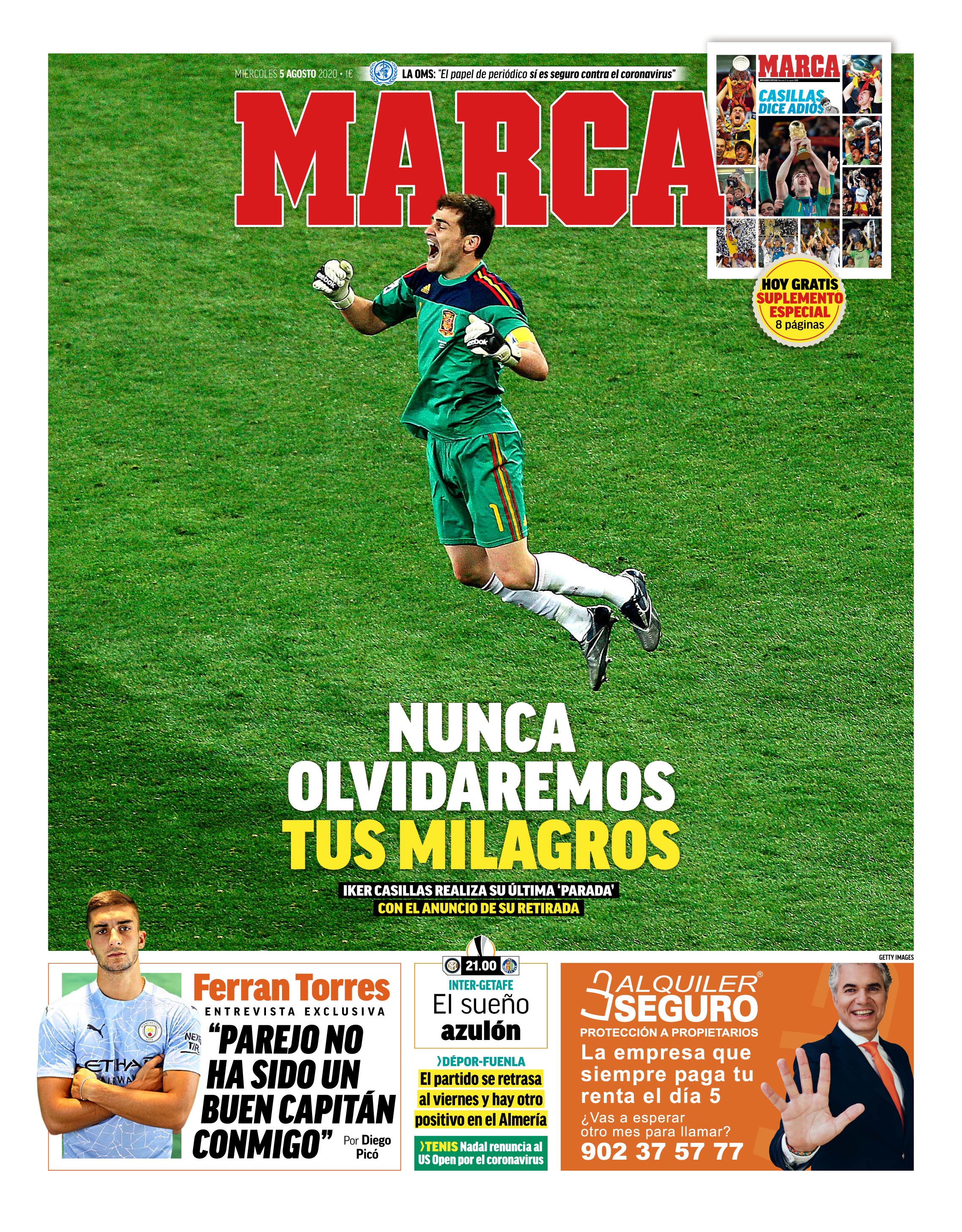 REAL MADRID: We Will Never Forget Your Miracles - Iker Casillas announces his retirement from football, after a glittering 21-year career with Real Madrid, Porto and Spain. VALENCIA/MANCHESTER CITY: Ferran Torres Interview - Dani Parejo has not been a good captain for me. 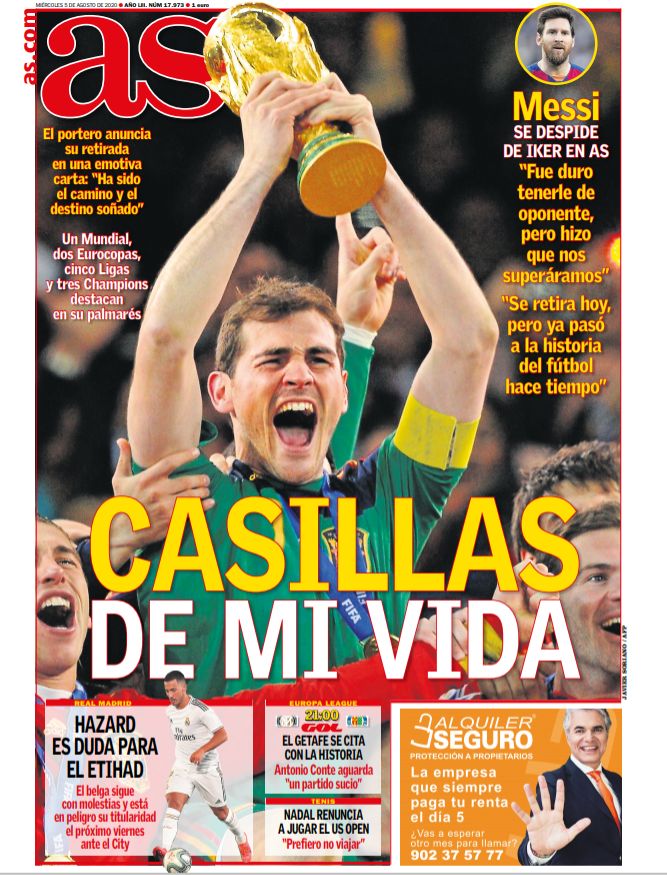 REAL MADRID: Casillas 'Of My Life' - The former Real Madrid goalkeeper emotionally announces his retirement from football. Casillas won a World Cup and two European Championships with Spain, and five La Liga titles and three Champions League in Madrid. Barcelona skipper Lionel Messi leads the tributes to Casillas' career, claiming he will go down as one of the greats in the history of football. 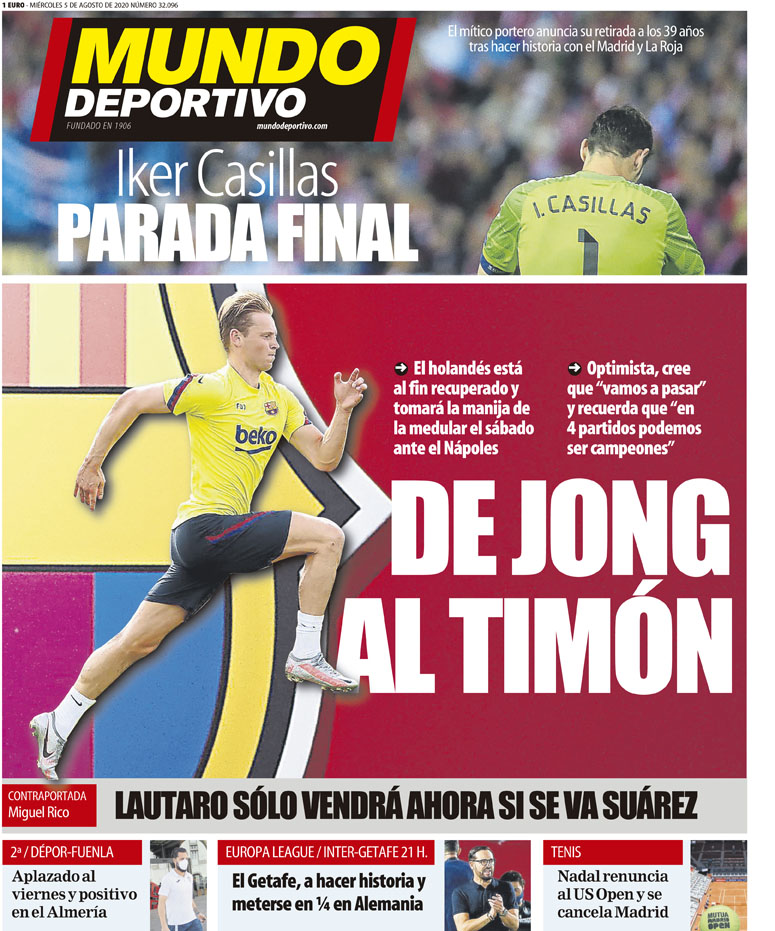 BARCELONA: De Jong at the helm - Dutch international Frenkie De Jong has recovered in time to return to training and face Napoli on Saturday. The former Ajax star has called on his teammates to be confident against the Serie A side and progress on in the Champions League.