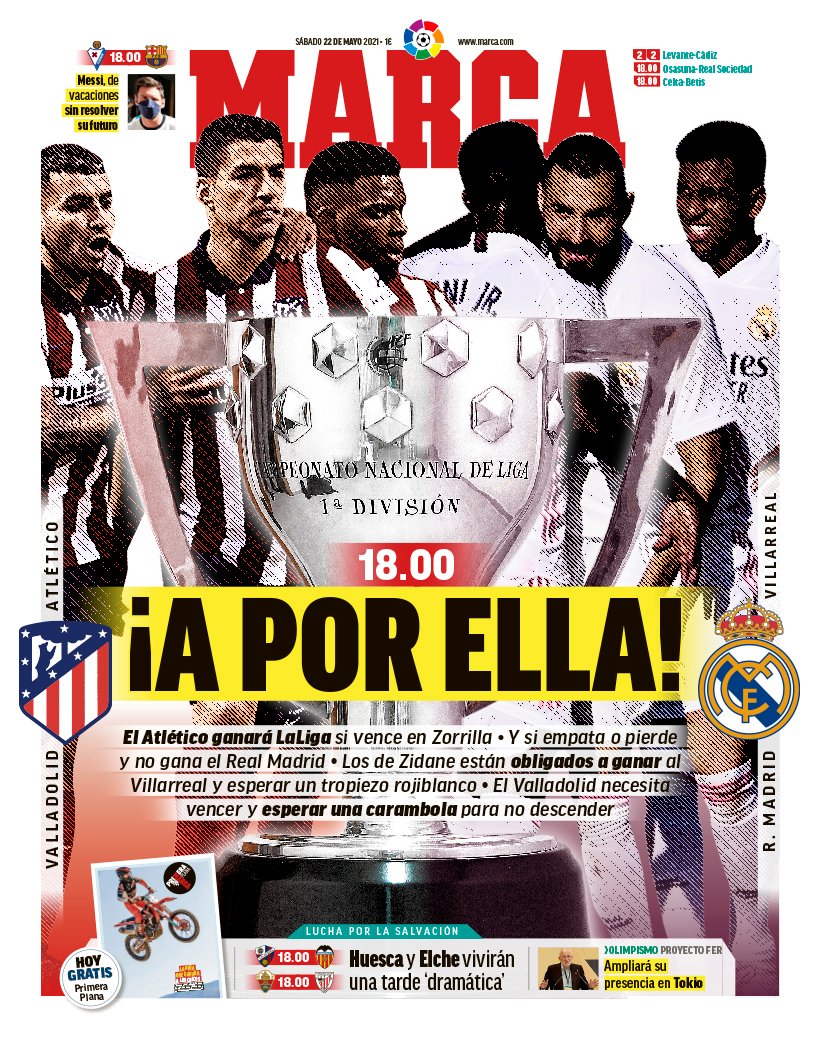 LA LIGA: To Her - La Liga's final day sees a title showdown as league leaders Atletico Madrid head to Real Valladolid and Real Madrid at home to Villarreal. A win for Atletico will seal the title but Valladolid also need to win avoid relegation and Real Madrid will edge out Atletico if they lose on Los Blancos win and draw. 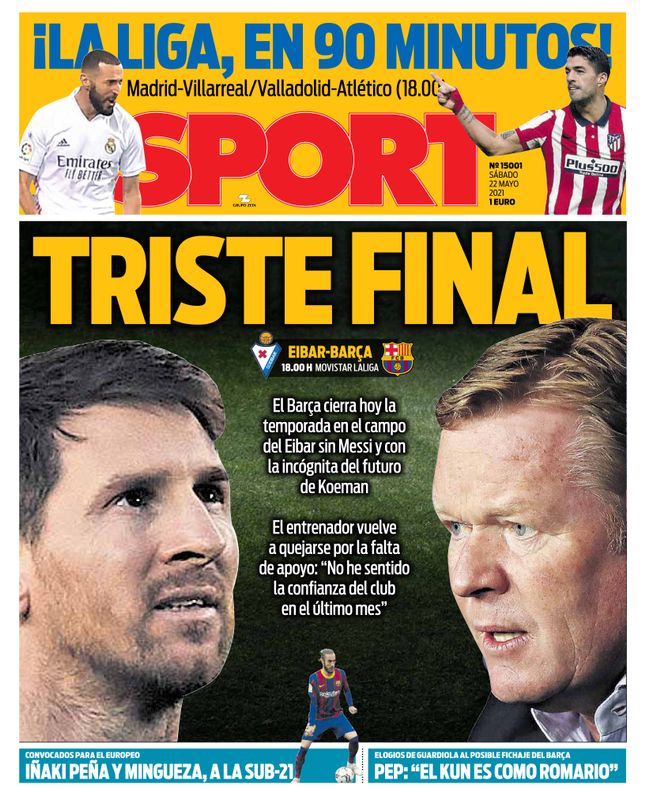 BARCELONA: Sad Finish - Ronald Koeman's Barcelona play their final game of the season as they head to Eibar this weekend. Koeman has confirmed he has no confirmation over his future at the club with Lionel Messi rested for the game meaning he may have already played his final La Blaugrana game. 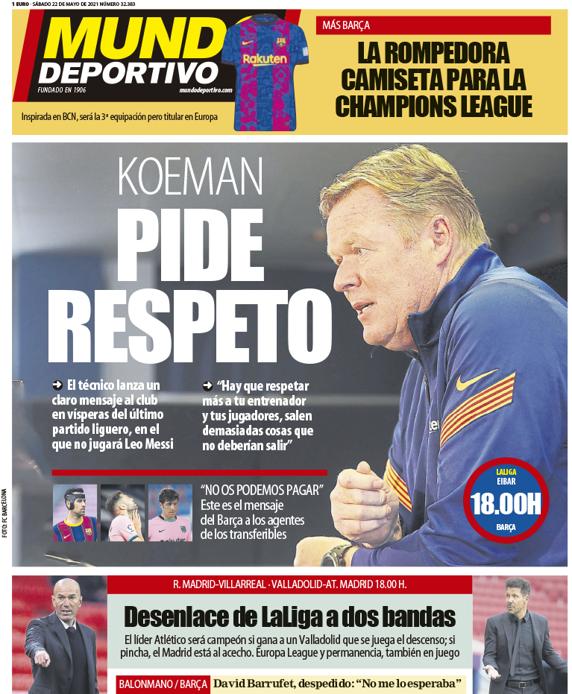 BARCELONA: Koeman asks for respect - The Barcelona boss sends a clear message ahead of their final game of the season with Lionel Messi granted a break for the trip to Eibar. He asks for respect as the manager but claims there is no update on his future at the club.