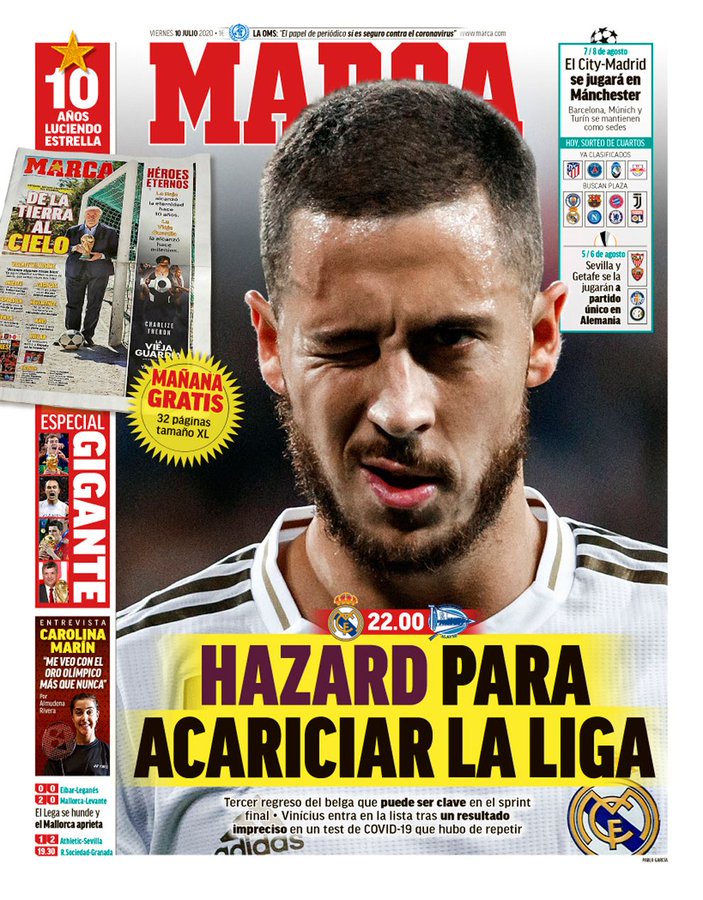 Hazard to caress La Liga - The third return of the Belgian this season and he could be key in the home straight in La Liga, Vinicius is on the squad list after returning to training having tested negative for coronavirus after initial test result Manchester for Champions League - Real Madrid to play City in Manchester, not a neutral venue Sevilla and Getafe will only play one game each in Germany - against Roma and Inter respectively 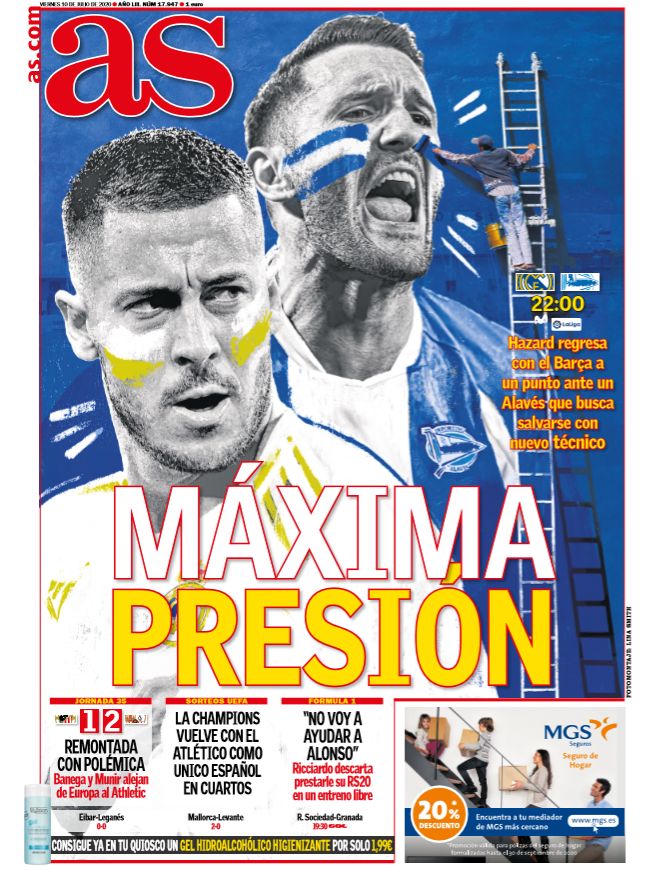 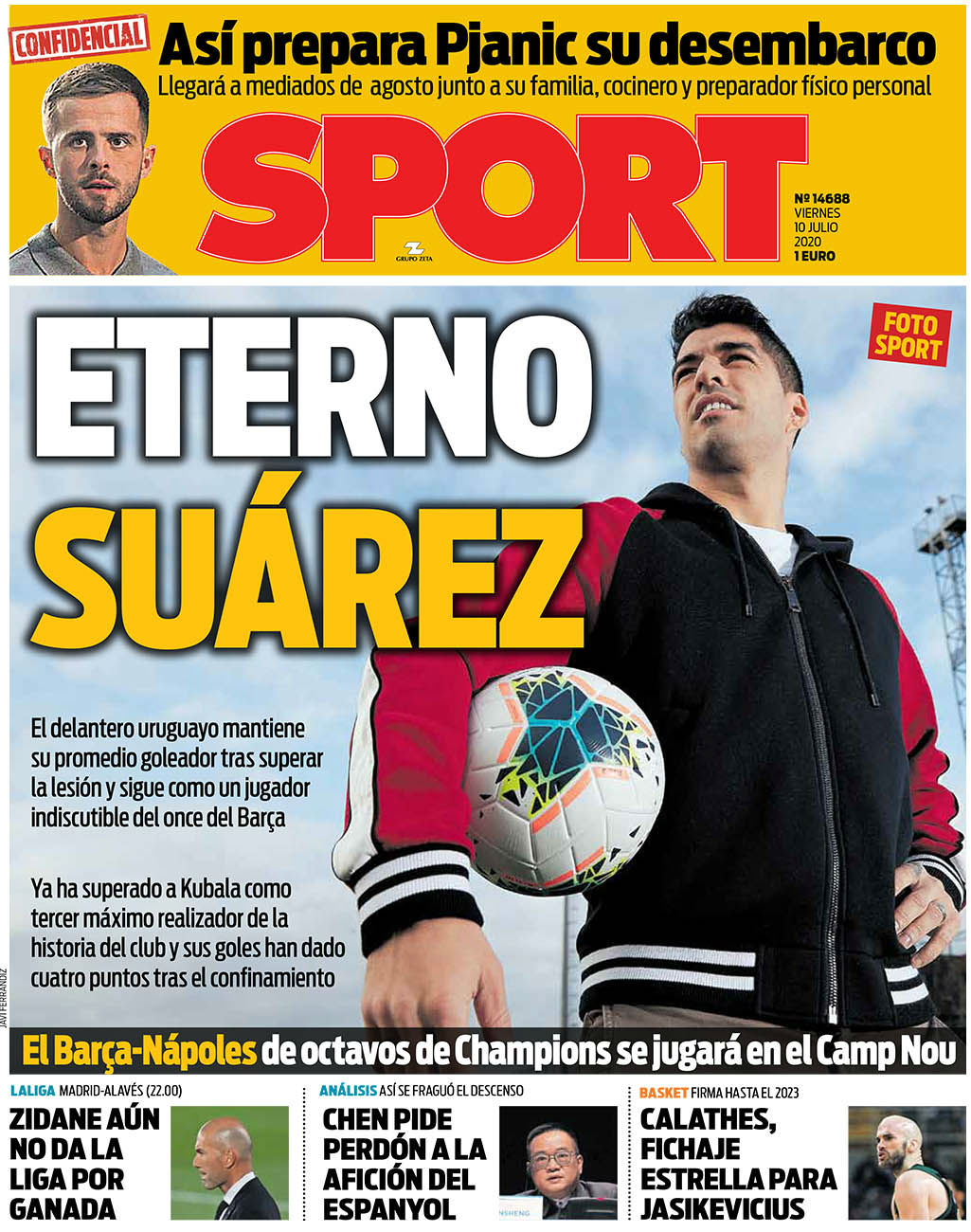 Eternal Suarez - The Uruguayan striker maintains his scoring average after overcoming his injury and continues as an undisputed player of the Barça starting line-up. He has already surpassed Kubala as the third highest scorer in the history of the club and his goals have given four points since the return of Spanish football. Pjanic prepares his landing - He will arrive in Barcelona during mid-August with his family, cook and physical trainer. Zidane has not yet won La Liga - play Alaves on Friday Chen apologizes to the Espanyol fans - following relegation