GETAFE: Michel Interview - 'I see myself in Morata'. The new Getafe boss claims he sympathised with Alvaro Morata during the Euro 2020 claiming he remembers what it is like to be the focus of attention with the Spain national team. 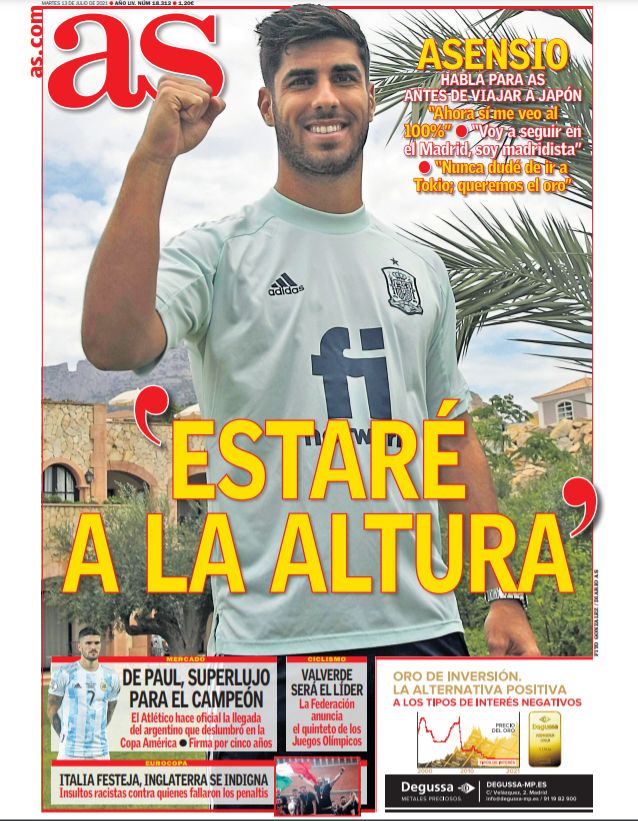 SPAIN: Asensio Interview - 'I will be ready'. Real Madrid star Marco Asensio speaks to Diario AS ahead of Spain's trip to the 2020 Olympic Games and claims he is 100% fit for the tournament. He also confirmed he has no interest in leaving the club this summer and will remain with Carlo Ancelotti's side. 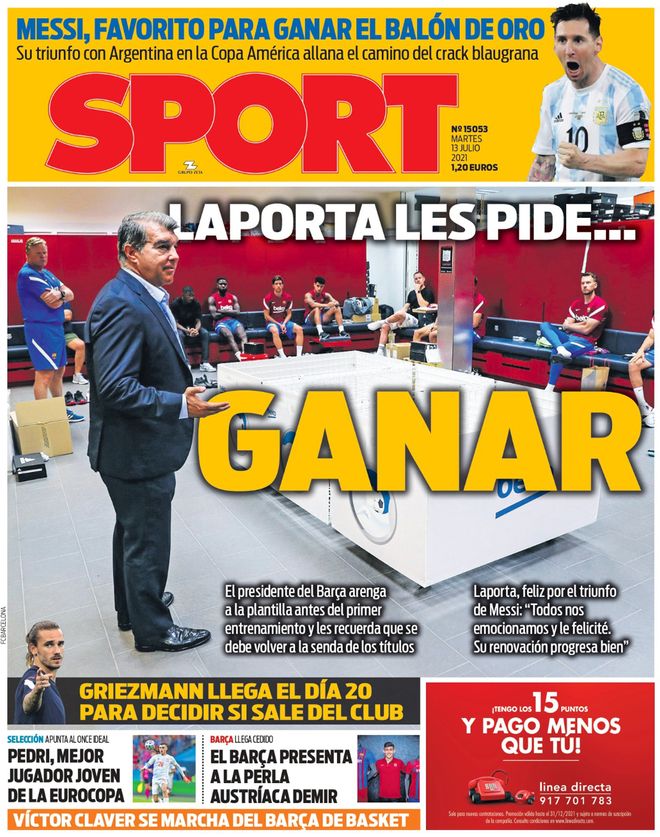 BARCELONA: Laporta asks them to win - Joan Laporta speaks to the Barcelona squad at the start of preseason training and calls on them to return to success in the new season. Laporta added his delight at Lionel Messi securing the 2020 Copa America title with Argentina and confirms his contract extension talks with the club are progressing positively.