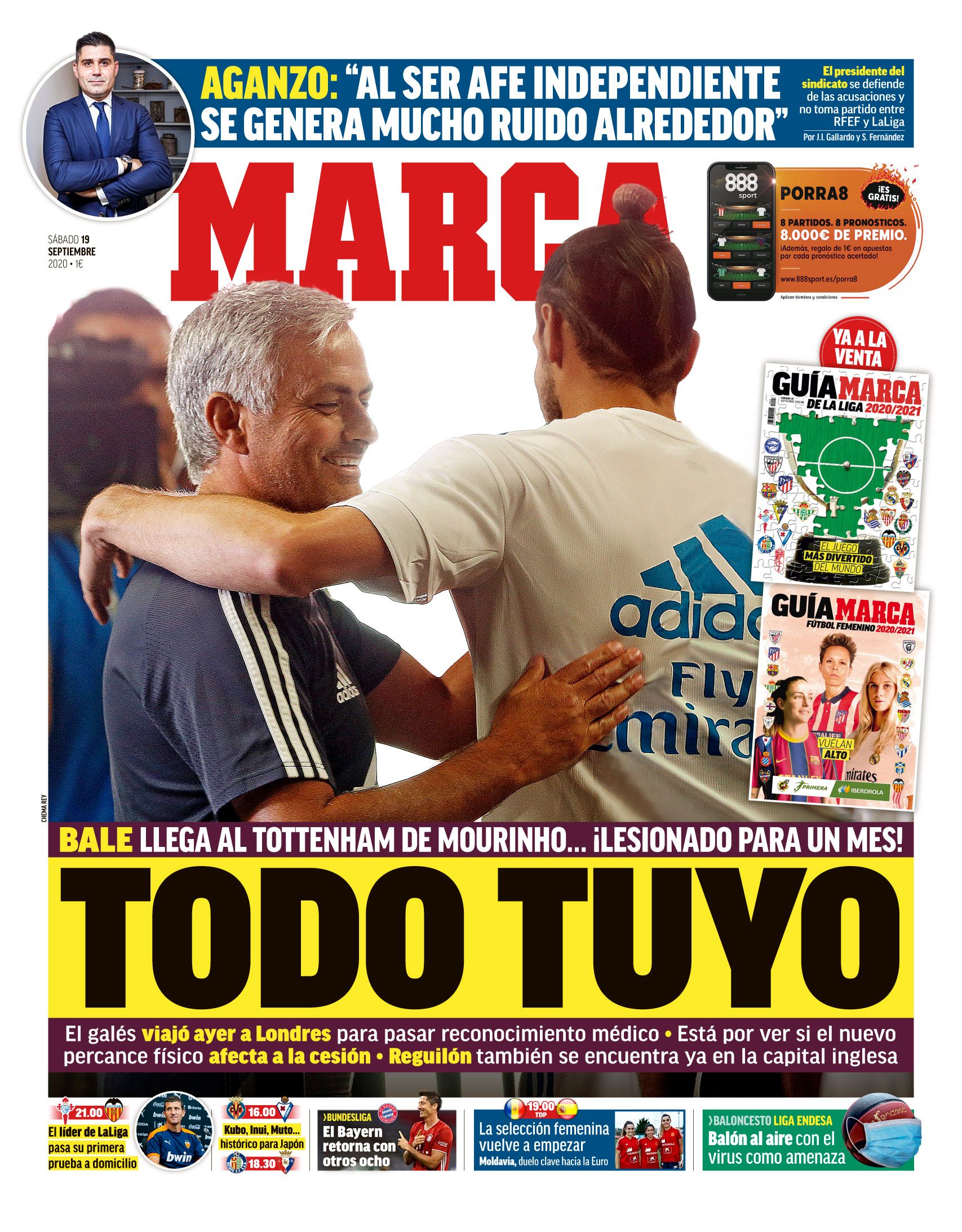 REAL MADRID: All Yours - Gareth Bale has arrived at Jose Mourinho's Tottenham, but he is set to be sidelined through injury for a month. The Welsh international travelled to London yesterday to complete his medical, but to remains to be seen if this mishap will affect the transfer. Sergio Reguilon is also in London for talks with the Premier League side. 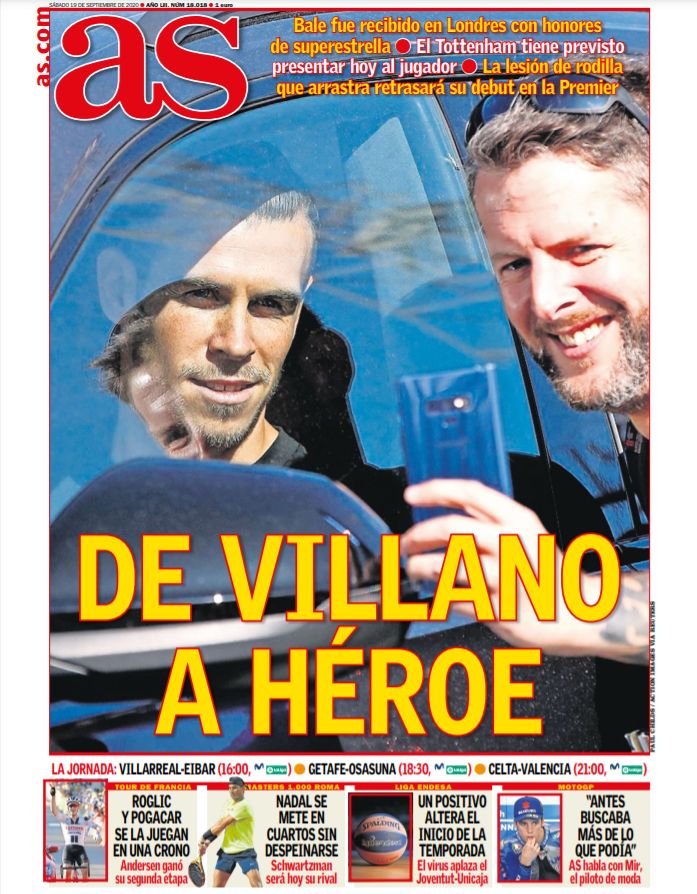 REAL MADRID: From Villain to Hero - Gareth Bale was received as a superstar on his return to London. Tottenham plan to present him as their new player today. However, a knee injury will delay his 'debut' in the Premier League. 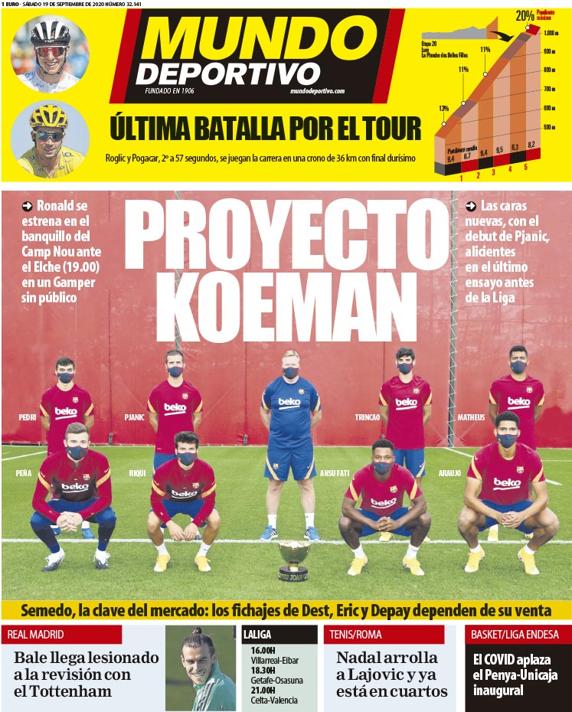 BARCELONA: Koeman Project - Koeman opens up his squad ahead of their behind closed doors preseason clash at home to Elche in the Joan Gamper Trophy. He is set to hand a club debut to summer signing Miralem Pjanic, alongside others ahead of their first La Liga clash of 2020-21 next week.