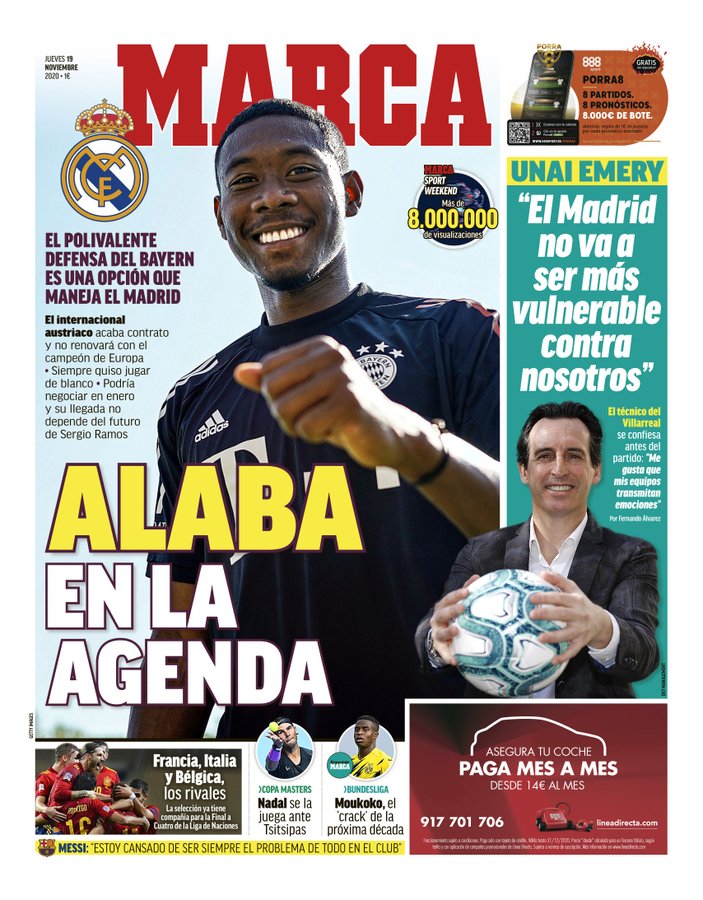 Alaba on the agenda - the versatile defender of Bayern Munich is an option for Madrid, is out of contract next summer, has always wanted to play for Madrid and any move would not be linked into the future of Sergio Ramos Unai Emery - “Madrid won’t be more vulnerable against us” France, Italy and Belgium - the Nations League rivals for Spain Messi: “I’m tired of always being to blame for everything at this club” 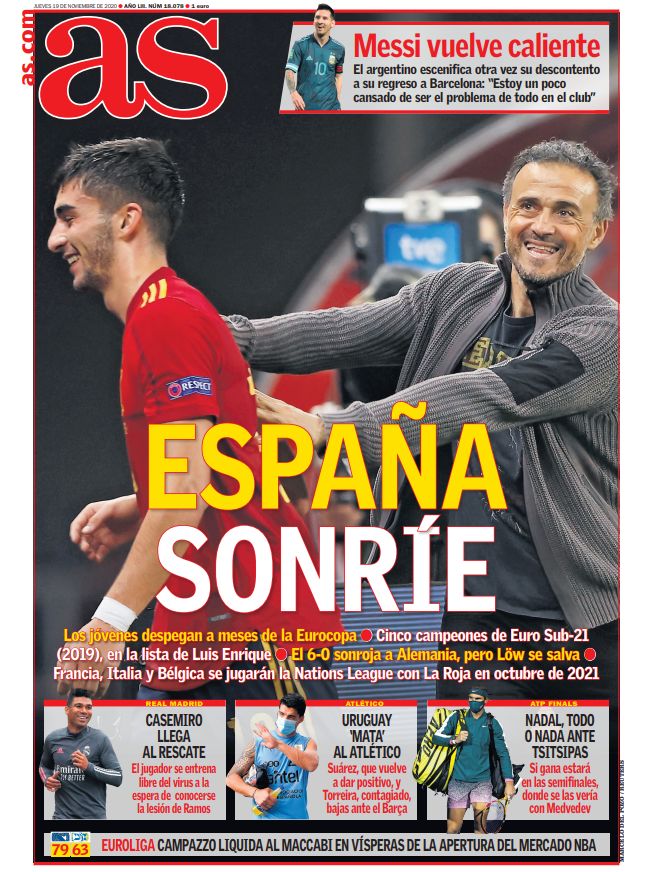 Spain smiles - The youngsters take off in the run-up to the European Championships, five Under-21 winners from 2019 in Luis Enrique’s squad, Germany embarrassed but will not sack Low, France, Italy and Belgium to play in Nations League finals Messi returns angry - claims he is fed up of always being to blame when things go wrong at Barcelona Casemiro comes to the rescue - trains without the virus while Madrid wait on Ramos injury update Uruguay kill Atleti - Suarez and Torreira out with Covid-19 before Barcelona game 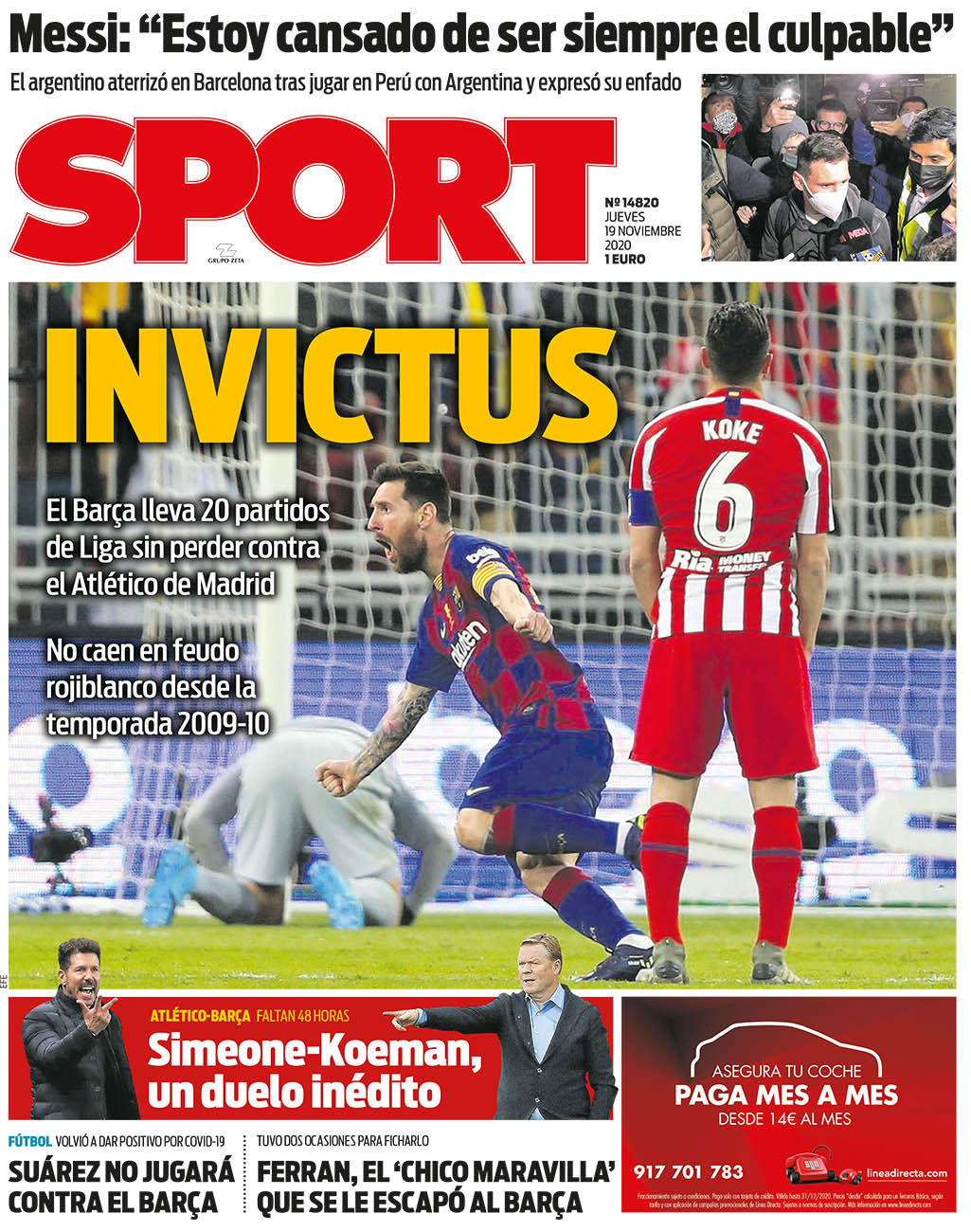 Invictus - Barcelona have gone 20 league games without losing against Atletico Madrid. They have not lost against them since the 2009-2010 season. Messi: "I'm tired of always being the culprit." The Argentine landed in Barcelona after playing in Peru with Argentina and expressed his anger. Simeone against Koeman - an unprecedented duel. Suárez will not play against Barça - after his positive test for Covid-19 Ferran Torres ‘the golden boy’ who escaped Barcelona