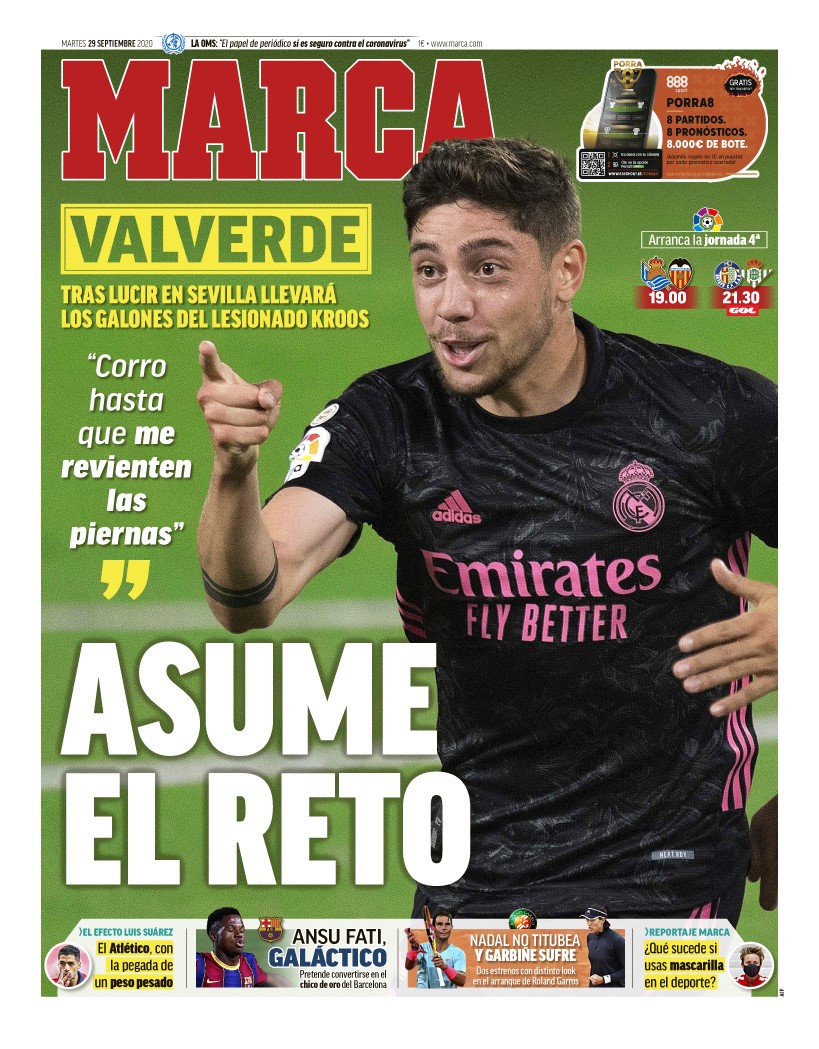 REAL MADRID: Federico Valverde Takes on the challenge - Following an outstanding performance against Real Betis, the Uruguayan international is expected to cover for the injured Toni Kroos in the coming weeks, pledging to run until his legs burst for Zinedine Zidane's side. 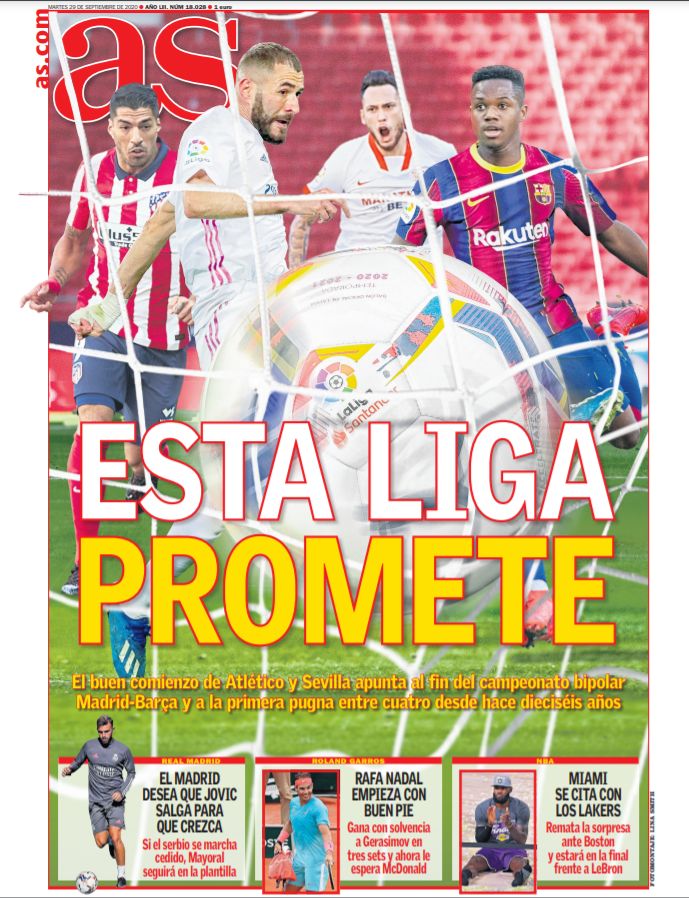 LA LIGA: This league promises - Following a good start to the 2020-21 campaign for Atletico Madrid and Sevilla, this season could see an alternative ending than the usual Barcelona v Real Madrid showdown, as the Top Four does not include either side after the opening weekend, for the first time in 16 years. 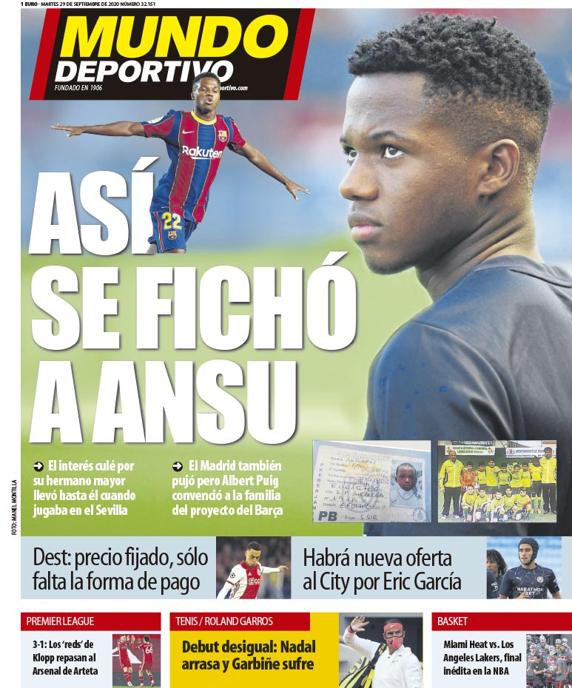 BARCELONA: That's how Ansu signed - The rising Barcelona star was linked with other clubs before his arrival in Catalonia from Sevilla. Real Madrid were one of the clubs interested in him as a teenager, but La Blaugrana coach Albert Puig convinced his family to join the growing project at Barcelona. Fati has now agreed a contract extension at the Camp Nou until at least 2024.