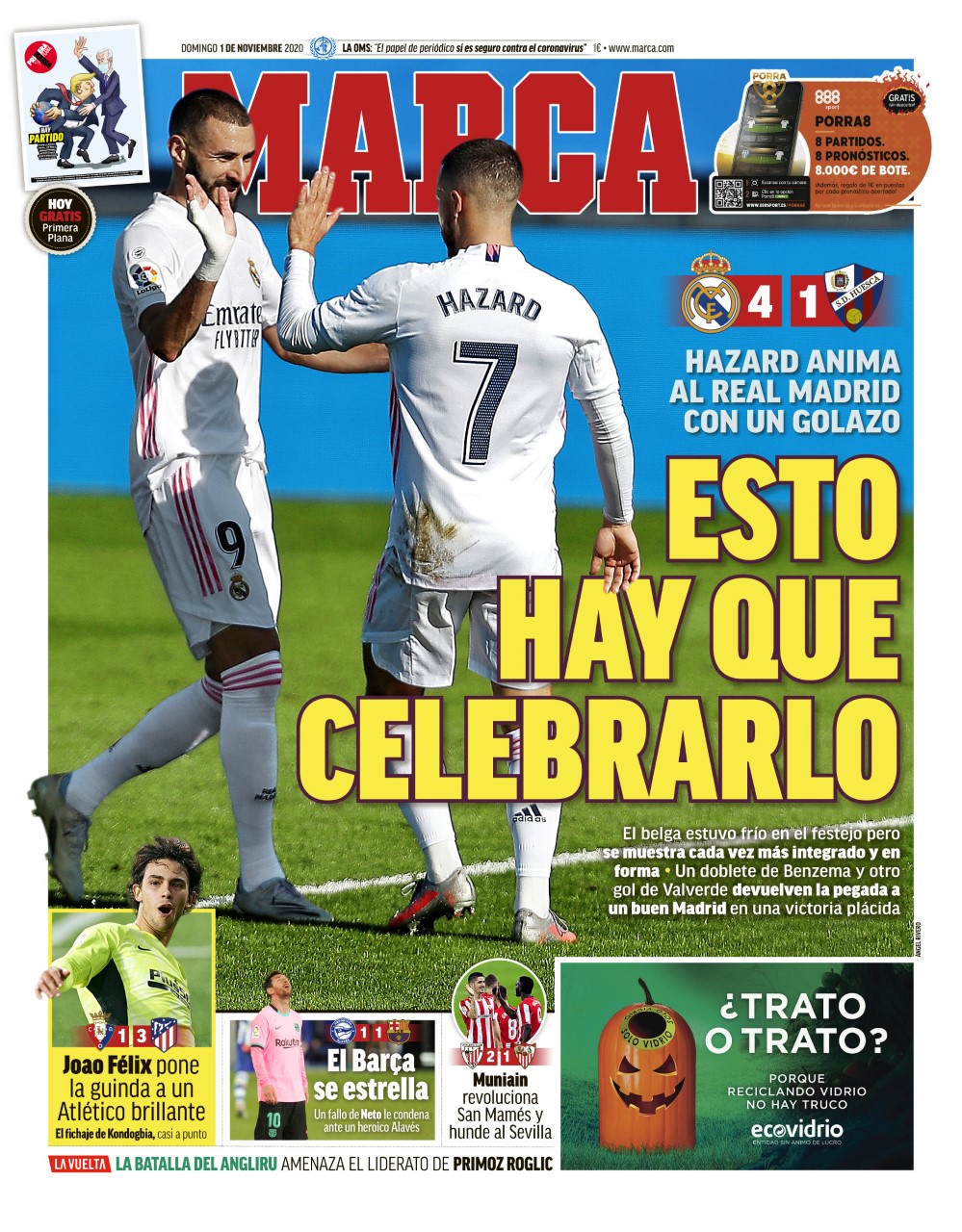 REAL MADRID: This has to be celebrated - Real Madrid return to form with a 4-1 win against Huesca. Eden Hazard netted his first goal of the 2020/21 season alongside a brace from Karim Benzema and a late goal from Federico Valverde. 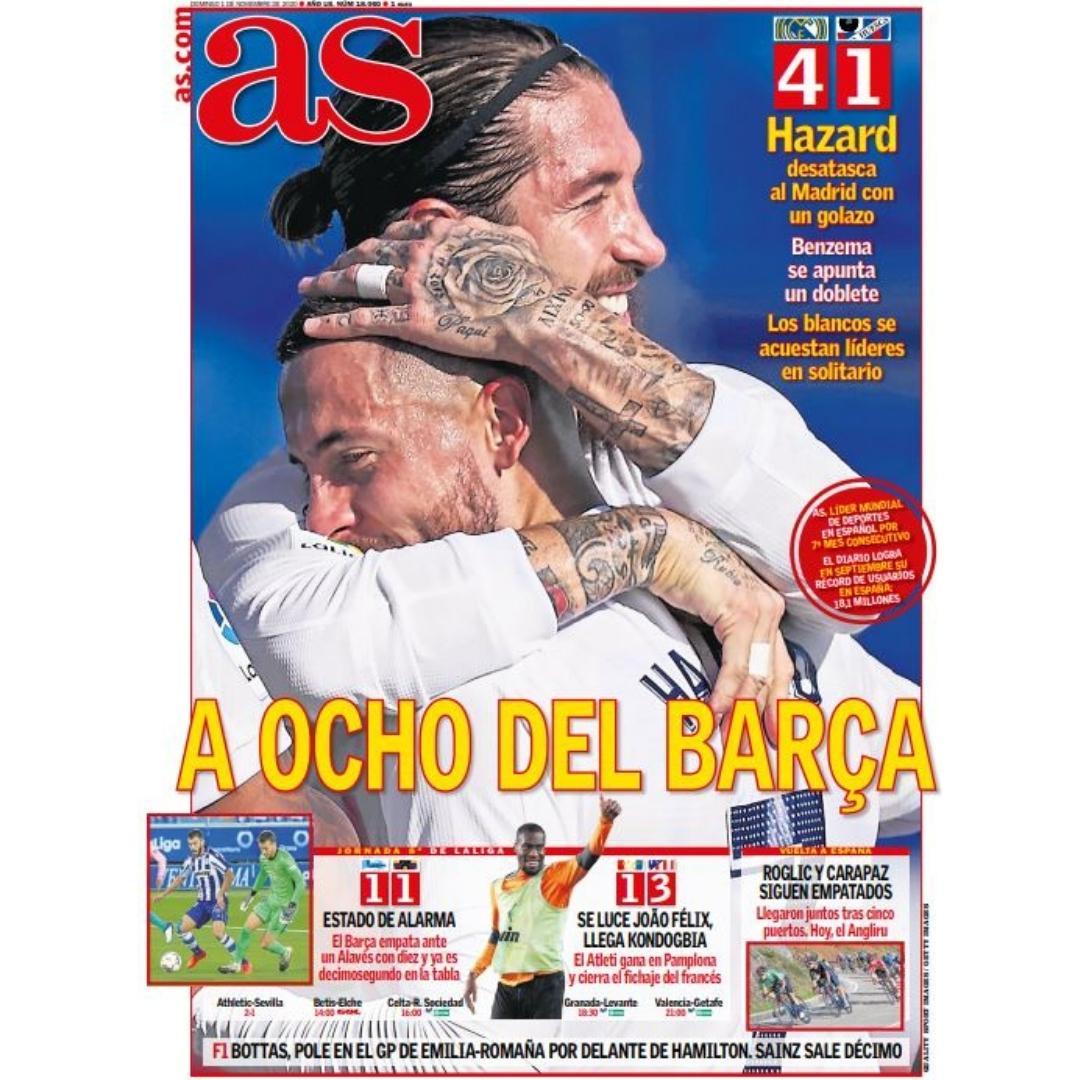 REAL MADRID: Eight from Barcelona - Hazard make a goal scoring return for Real Madrid in their 4-1 La Liga win over Huseca. Zinedine Zidane's side have moved to the top of the table with an eight point gap opening between themselves and arch rivals Barcelona. 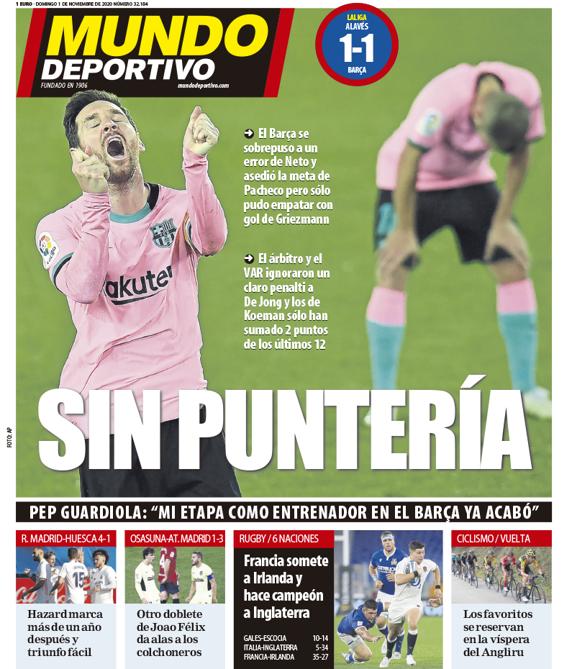 BARCELONA: No Aim - Barcelona drew 1-1 against Alaves with an early mistake from Neto gifting Alaves their opening goal. Fernando Pacheco turned in a man of the match performance, despite Antoine Griezmann's second half goal, but VAR denied Frenkie De Jong a late penalty. Barcelona have now picked up just two points out of a potential 12 from their last four games in La Liga action.