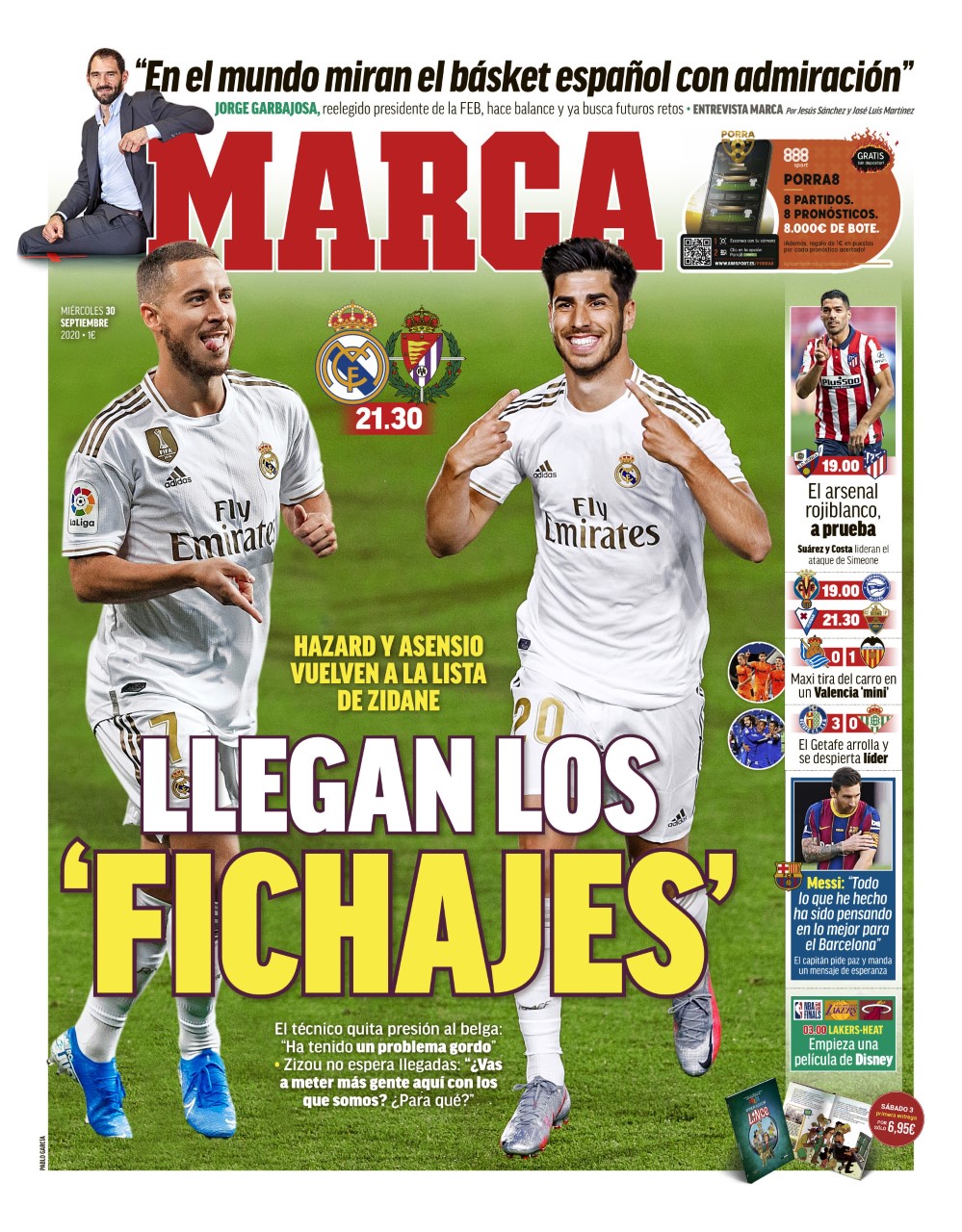 REAL MADRID: The 'Transfers' Arrive - Eden Hazard and Marco Asensio both return to Zinedine Zidane's squad for the midweek clash with Real Valladolid. Zidane is aiming to take the pressure of the Belgian international and will wait until he returns to full fitness before including him from the start. 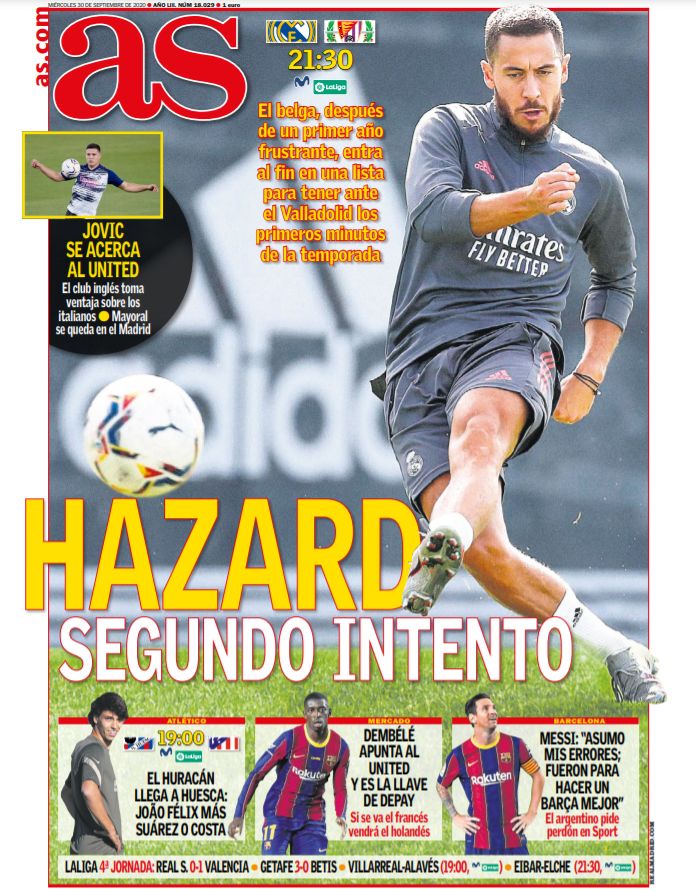 REAL MADRID: Hazard's Second Try - The Belgian international returns to the Real Madrid squad after after a frustrating first year in La Liga after being included in the travelling party to face Real Valladolid in midweek action and could make his first appearance of the 2020-21 season. 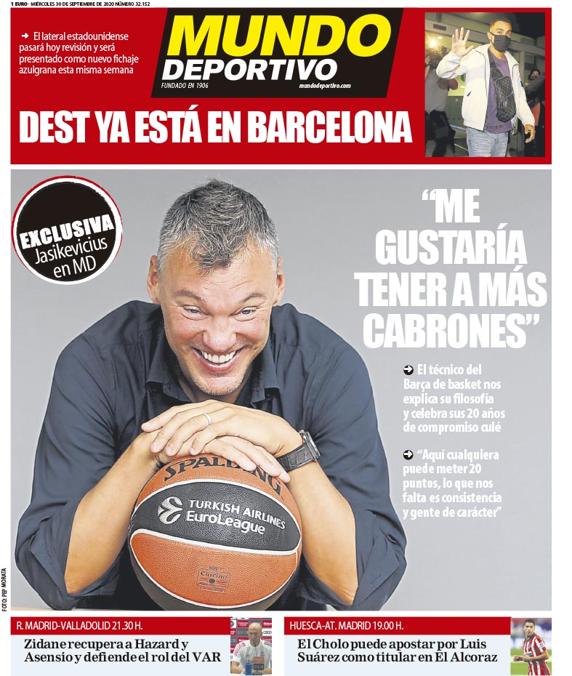 BARCELONA: Dest is already in Barcelona - The United States international will join Barcelona today subject to a successful medical at the Catalan giants, with his official presentation expected to be completed later this week. REAL MADRID: Zinedine Zidane is boosted by the return of Marco Asensio and Eden Hazard for the La Liga clash with Real Valladolid.