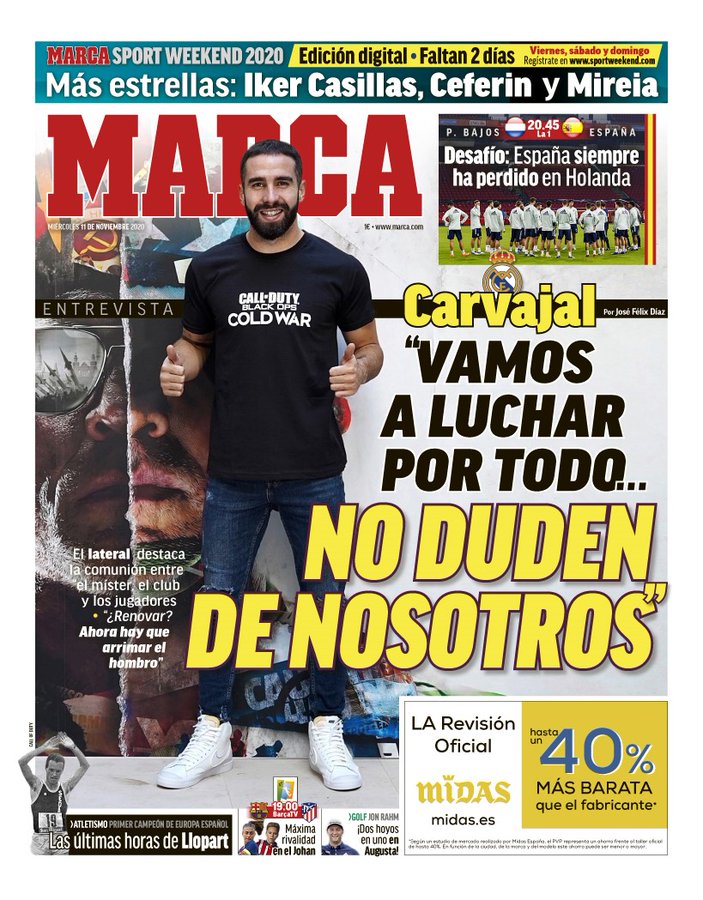 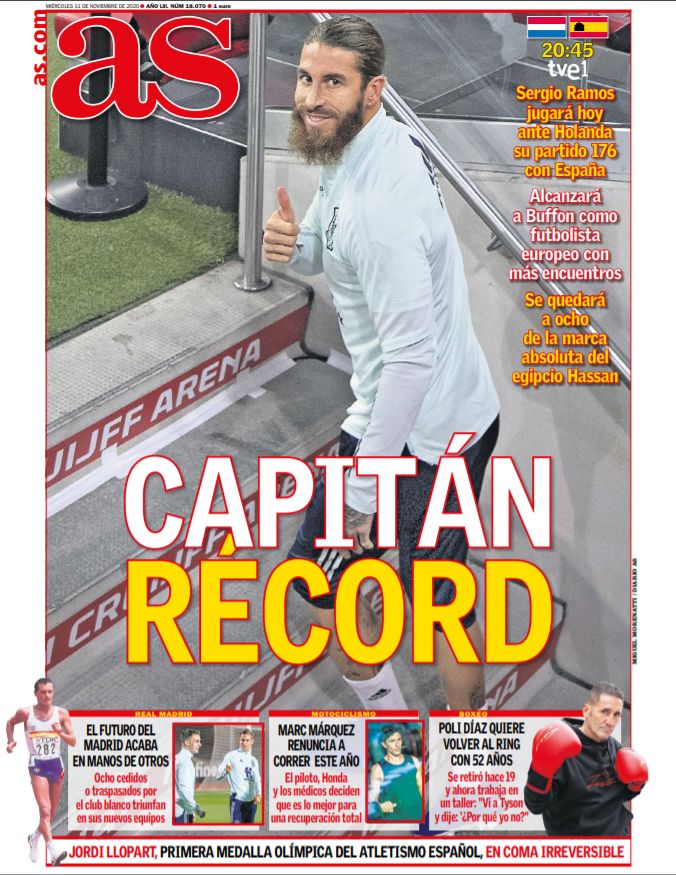 Record captain - Sergio Ramos to make his 176th Spain appearance against the Netherlands, will match Buffon as the European player with the most appearances, will be eight of the highest tally of Egypt’s Hassan The future of Madrid ends up in the hands of others - eight loans or transfers for Los Blancos win in their new teams 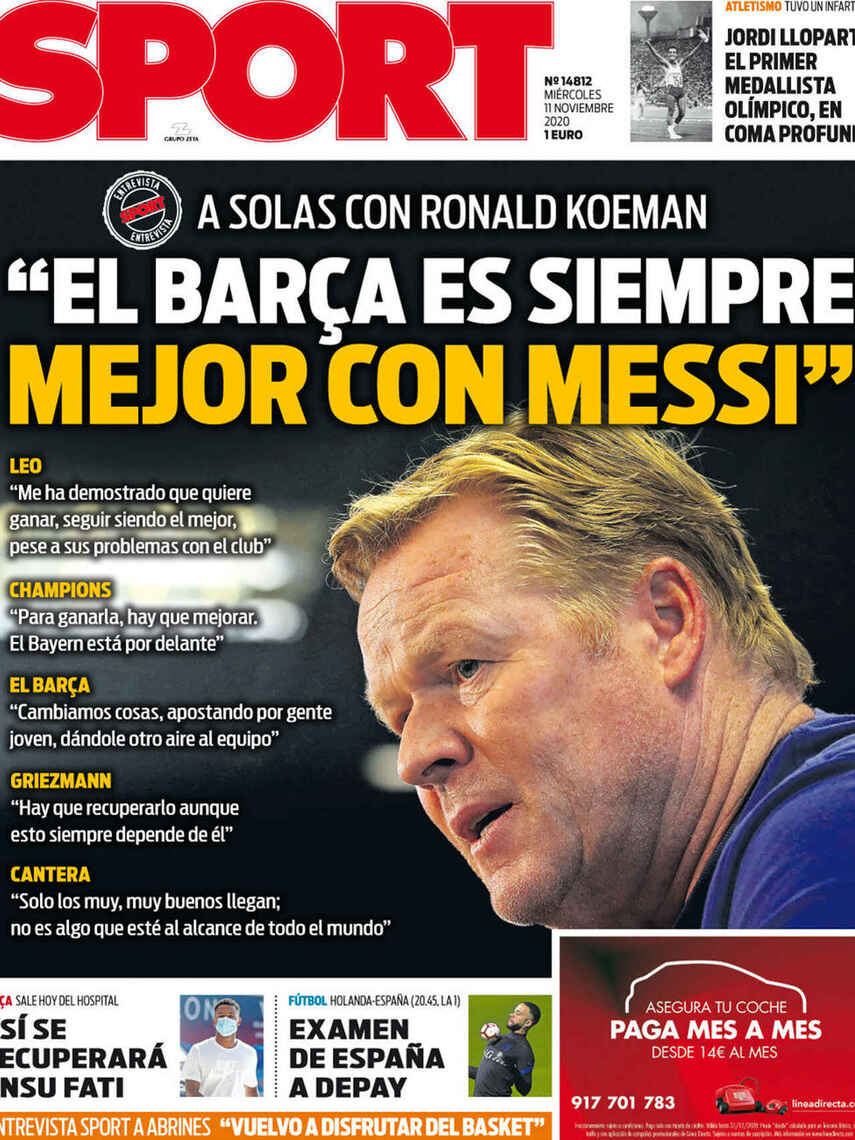 Barcelona is always better with Messi - claims boss Ronald Koeman On Messi - "He has shown me that he wants to win, to remain the best, despite his problems with the club" On the Champions League - "To win it, you have to improve. Bayern Munich are ahead" On Barcelona - "We changed things, betting on younger players and giving fresh air to the team" On Griezmann - "He must be recovered although this always depends on him" On youth system - "Only the very, very good arrive; it is not something that is available to everyone" Ansu Fati is recuperating - leaves hospital today Spanish exam for Depay