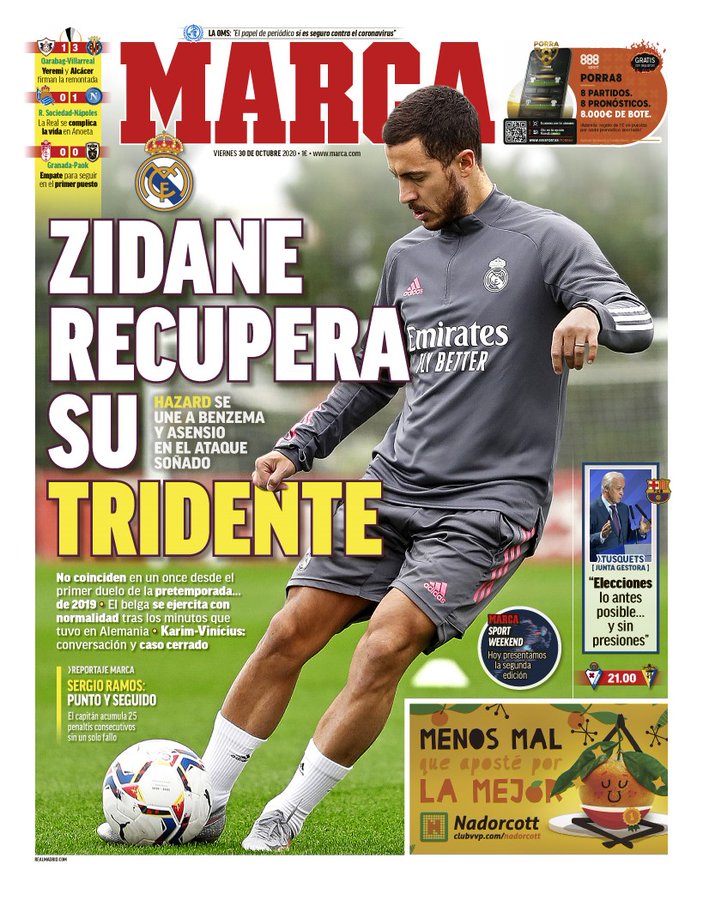 Zidane recovers his trident - Hazard is back and can form attacking trio with Benzema and Asensio for Zidane’s dream attack at Real Madrid. The three haven’t played with each other since pre-season in 2019. The Vinicius and Benzema case is closed after conversations at training Sergio Ramos’s run continues - has scored 25 successive penalties Elections as soon as possible and with no pressure - Barcelona interim president Tusquets Europa League roundup 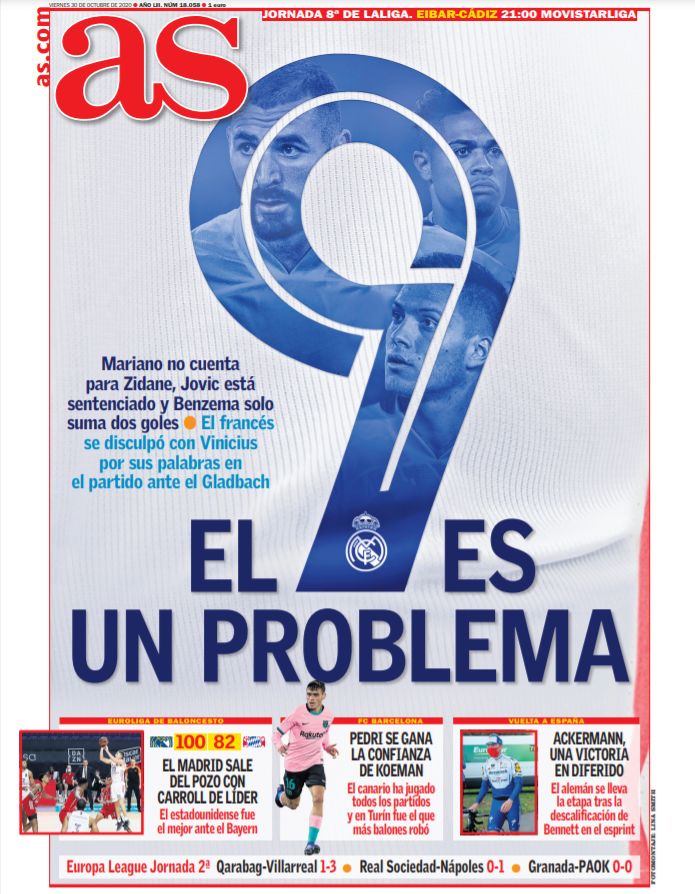 The 9 is a problem for Madrid - Mariano Diaz is not in Zidane’s plan, Jovic has been sidelined and Benzema has only scored two goals - the Frenchman apologised for his words against Vinicius in the Gladbach game Pedri wins Koeman’s confidence - The Canary Islander has played in every game and against Juventus in Turin he was the player who recovered possession the most 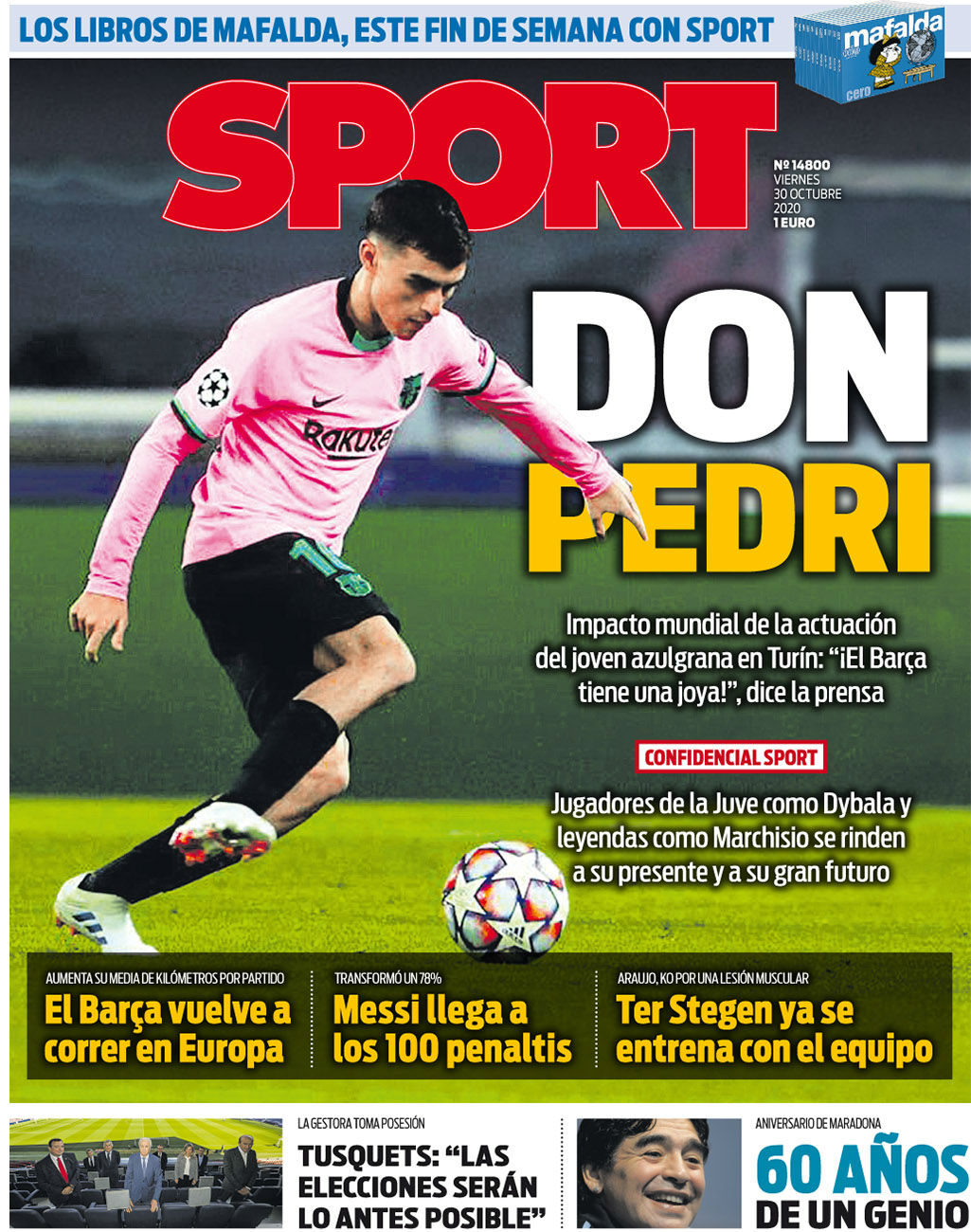 Don Pedri - Global impact of the young Barca star’s performance in Turin, the press say: "Barça has a jewel!" Sport’s confidential report - Juve players such as Dybala and legends like Marchisio they admit to his present and great future. Barcelona are running in Europe again - data from the win at Juve Messi reaches 100 penalties - a 78 percent success rate Ter Stegen is already training with the team - returns from injury