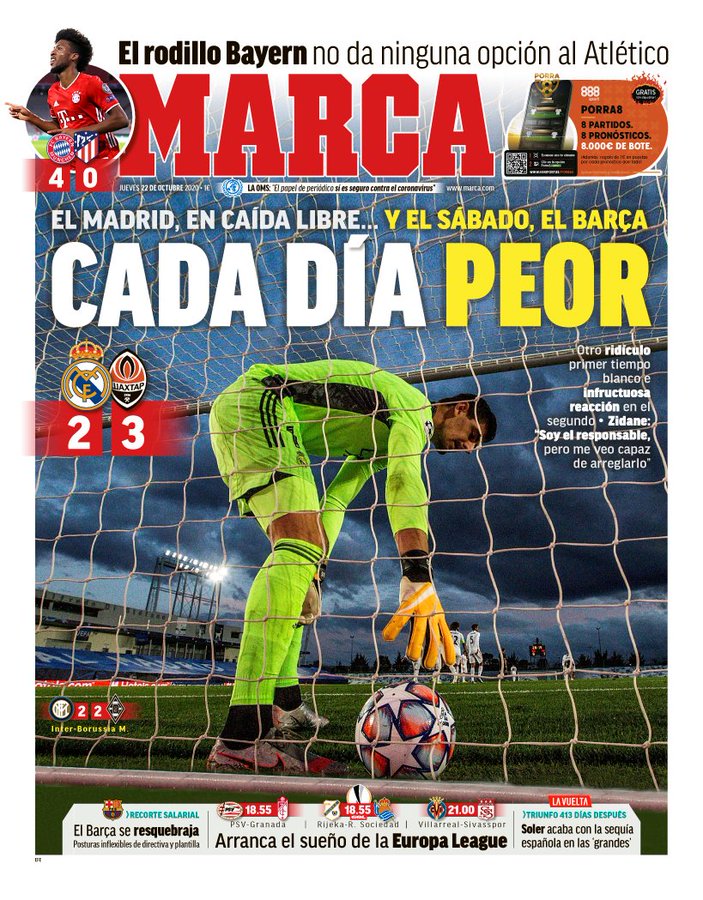 Each day worse - Real Madrid are in freefall and next, El Clasico against Barcelona - another ridiculous first half performance and insufficient in the second half, while Zidane admits he is to blame. The Bayern Munich roller does not give Atletico a chance - a 4-0 win Barcelona are cracking - both in the boardroom and dressing room The start of the Europa League dream - for Real Sociedad, Granada, Villarreal 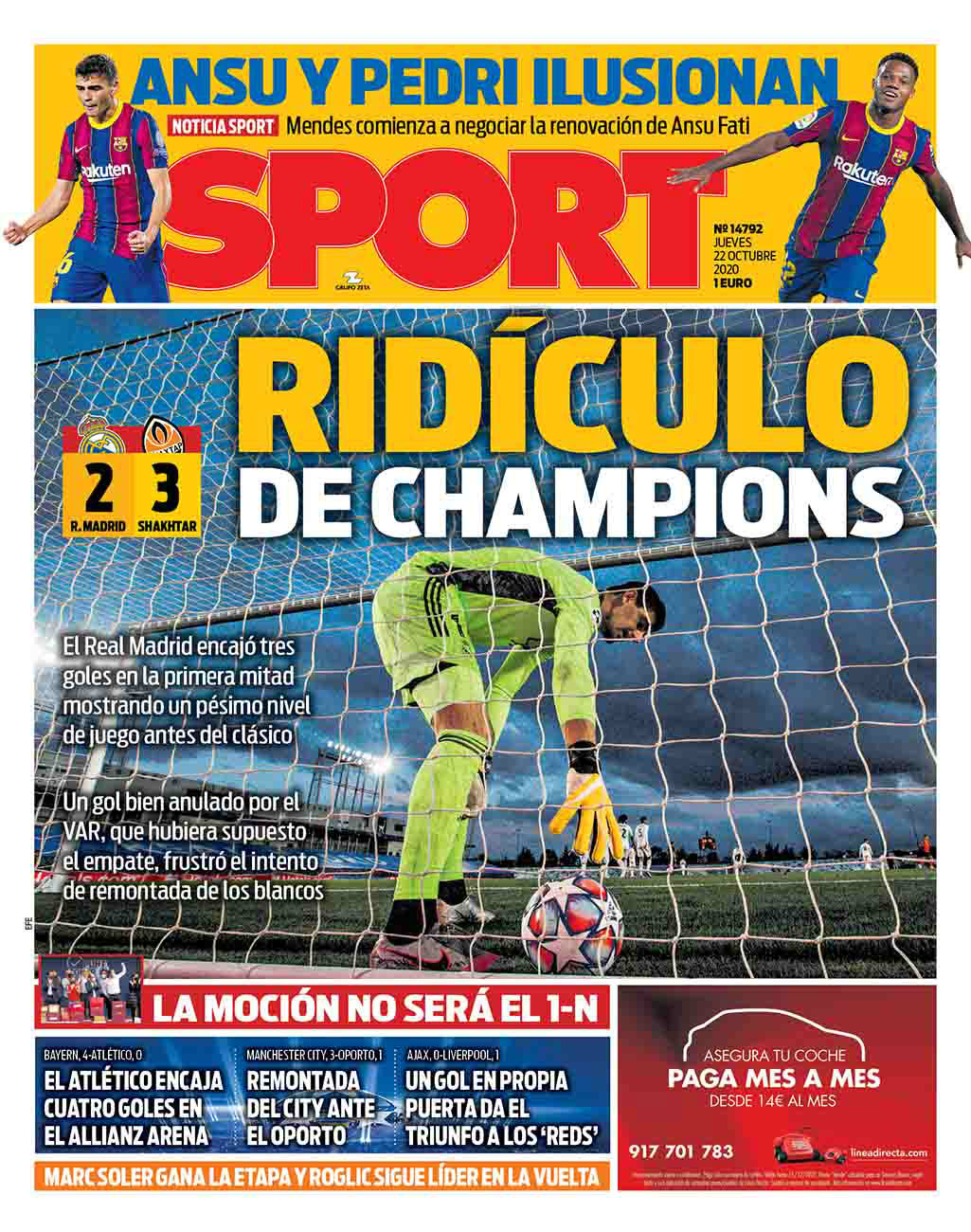 Ridiculous Champions League - Real Madrid conceded three goals in the first half showing a terrible level of performance before El Clasico, as a goal disallowed by VAR, which would have earned a draw, thwarted the comeback attempt Atletico conceded four goals at the Allianz Arena - Bayern 4-0 Atletico Manchester City comeback against Porto - Manchester City 3-1 Porto Own goal sees Liverpool win - Ajax 0-1 Liverpool Ansu Fati and Pedri are excited - Mendes begins to negotiate the renewal of Ansu 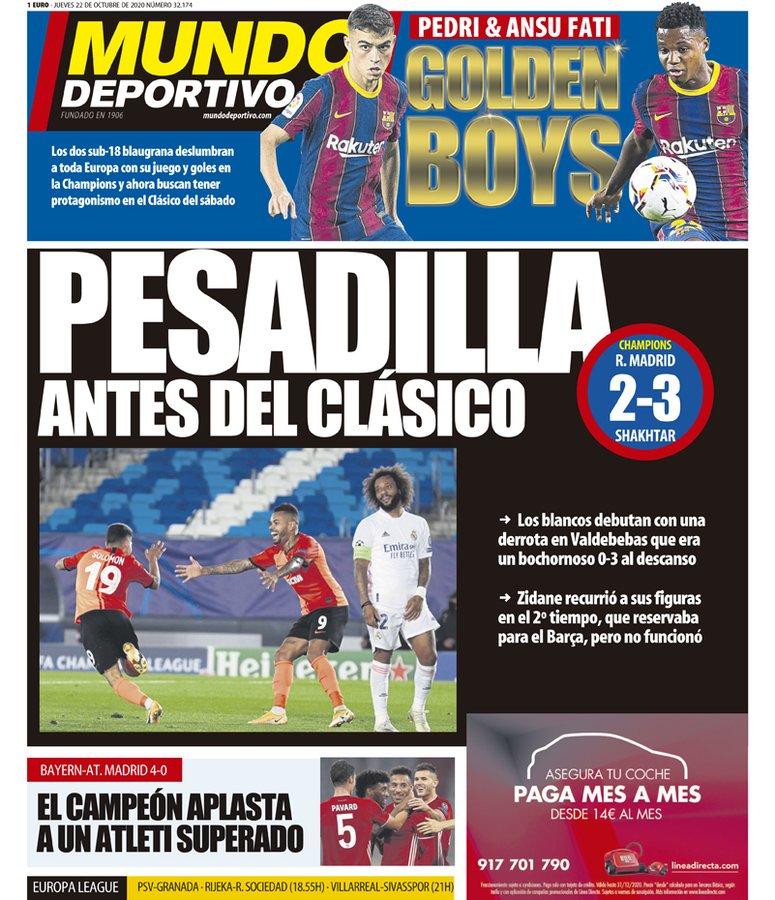 Nightmare before El Clasico - Madrid start their Champions League campaign with a home defeat and were 0-3 down at half time. Zidane brought on his stars in the second half, reserved for Barcelona, but it was not enough. Golden Boys, Ansu Fati and Pedri - two teenage stars thrive in Champions League and now want to dictate El Clasico Bayern Munich blast away Atletico Madrid - 4-0