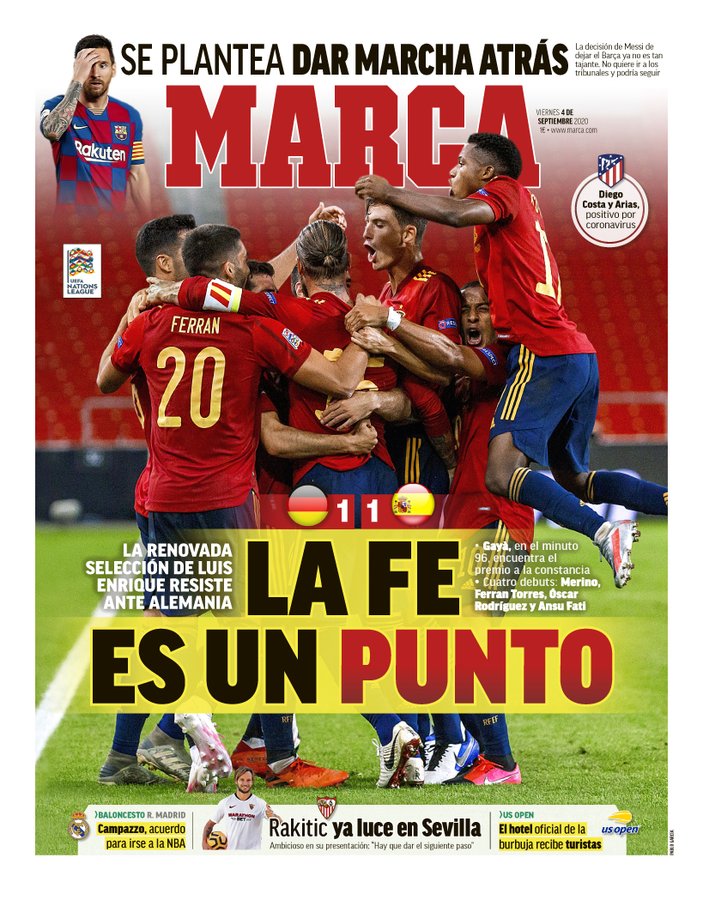 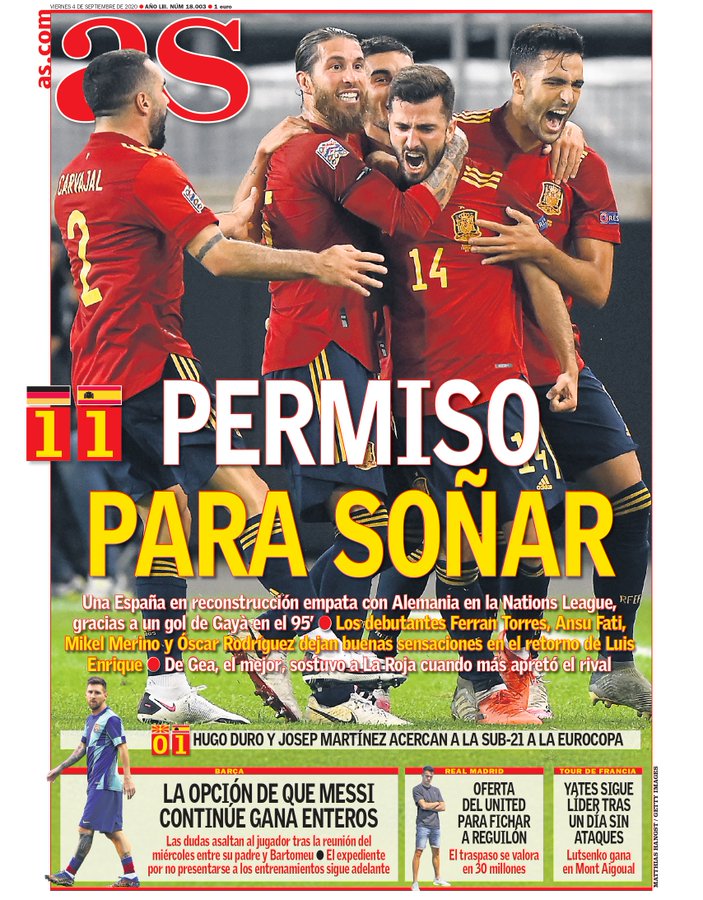 Permission to dream - new-look Spain draw in Germany in Nations League thanks to Gaya’s 95th minute goal, four debutants give good vibes for Luis Enrique’s side, De Gea, the star, kept Spain in the game under pressure Spain Under-21s win in Macedonia - Hugo Duro and Josep Martinez move Spain towards Under-21 Euros The option that Messi stays gains traction - player doubts on his future after meeting between father and Bartomeu United offer for Reguilon - they bid €30m 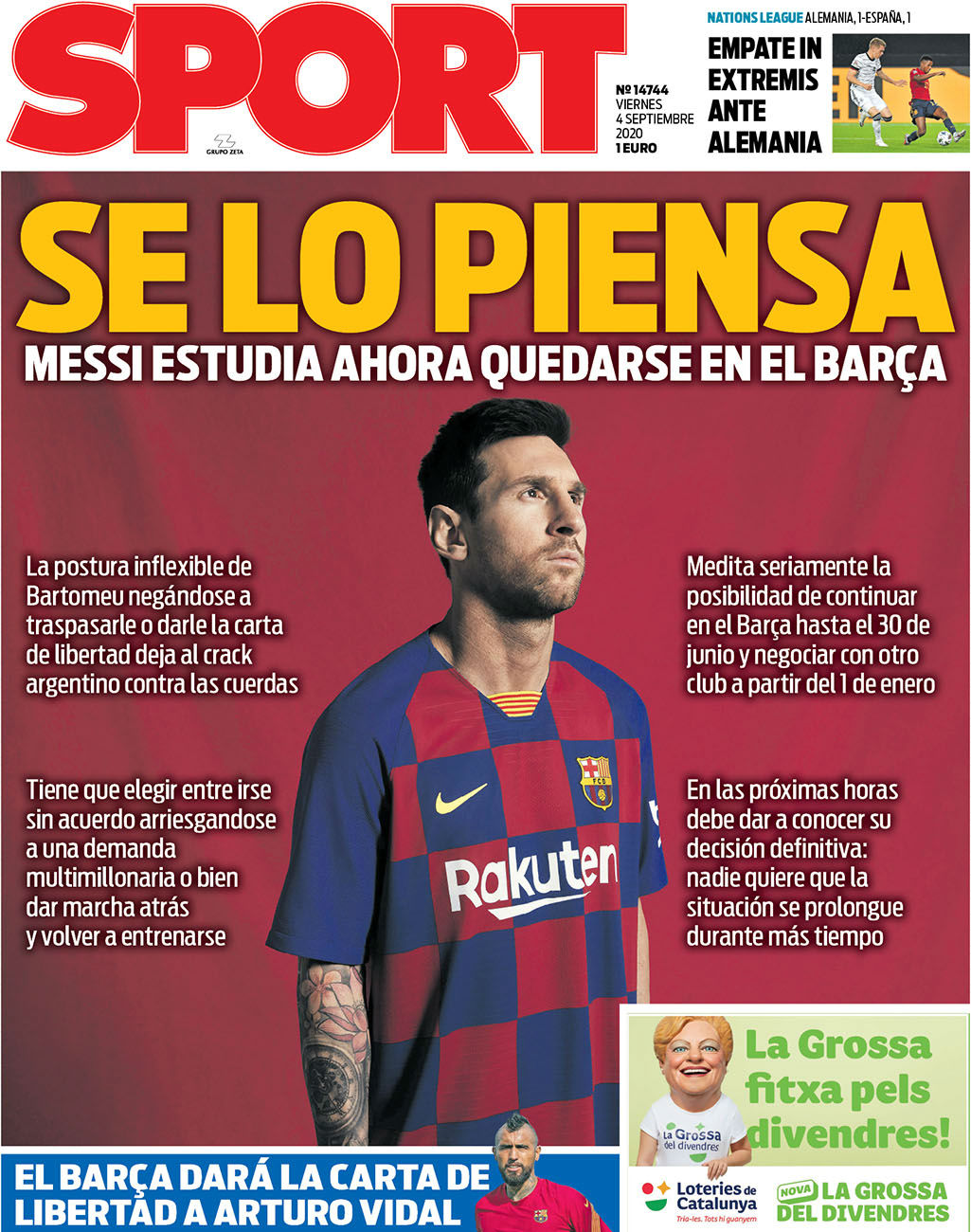 He thinks about it - Messi is now considering staying at Barça; the inflexible position of Bartomeu refusing to transfer him or give him the option to leave has left the Argentine star on the ropes, has to choose between leaving without a settlement, risking a multi-million lawsuit or backtracking and training again, He is seriously considering the possibility of continuing at Barça until June 30 and negotiating with another club as of January 1. In the next few hours, he must make his final decision known: nobody wants the situation to last any longer. Barcelona will allow Vidal his chance to leave - will be given his letter of freedom Dramatic draw in Germany