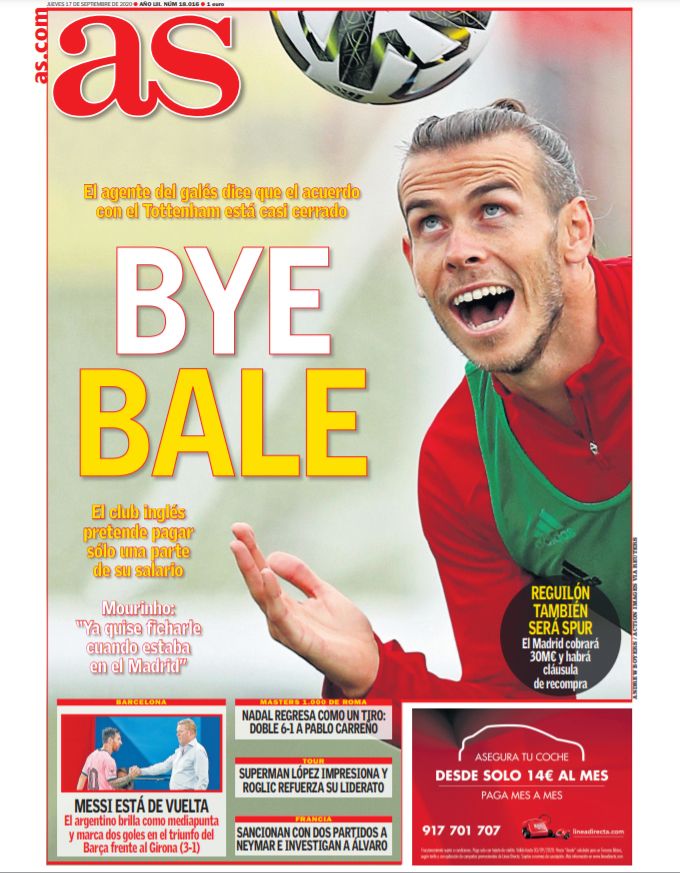 Bye Bale - Agent confirms that agreement with Tottenham is almost closed, Spurs aim to pay only a part of his salary as Mourinho admits it is the third time he has tried to sign him Reguilon also going to Spurs - €30m deal with Madrid Messi is back - scores twice and assists in 3-1 win over Girona 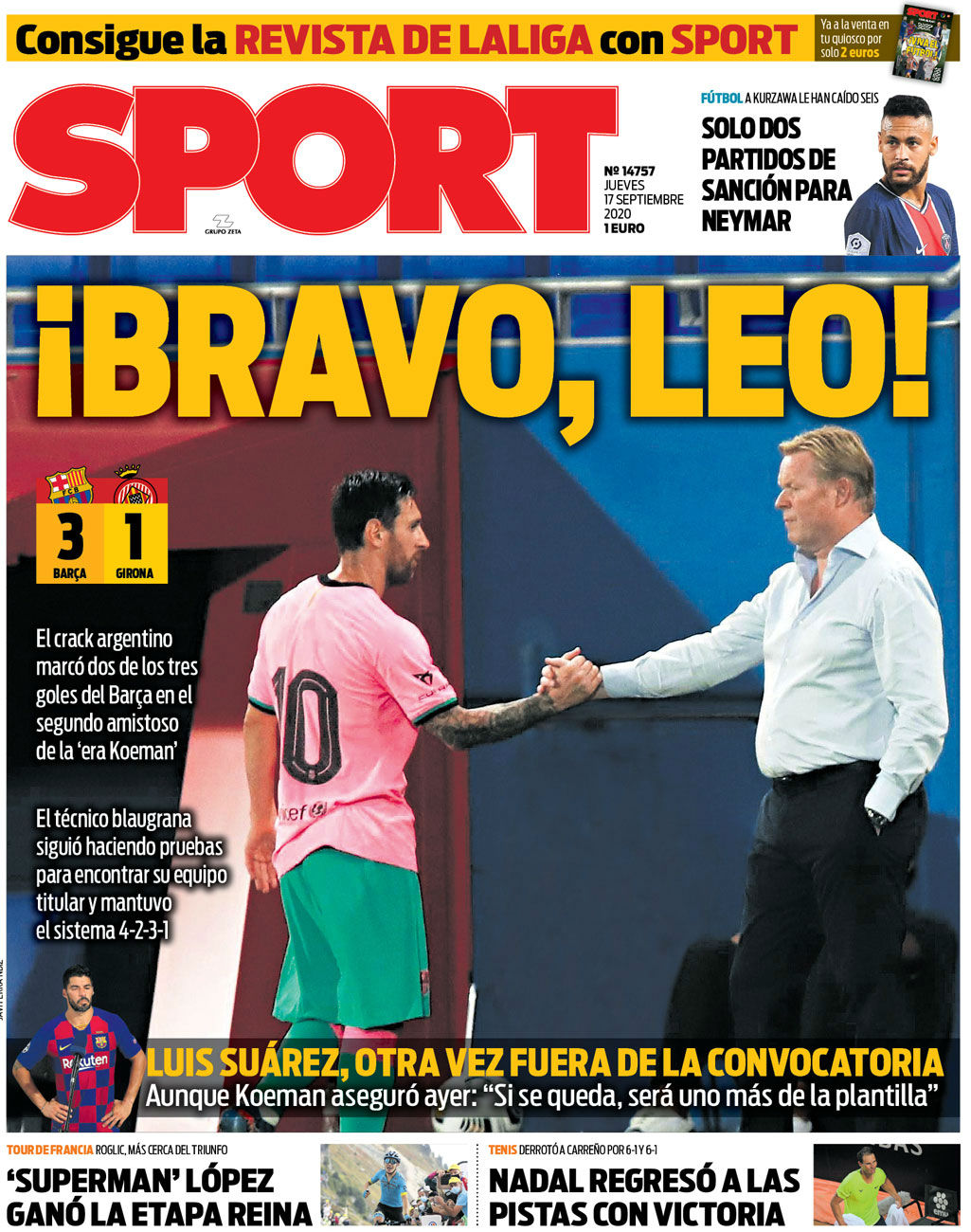 Bravo, Leo! Messi has scored two of Barça's three goals in the second friendly of the Koeman era. Koeman continues to test to find his starting team, used a 4-2-3-1 system. Luis Suárez has been left out of the squad - Despite Koeman assuring that "if he stays, he will be one of the squad." Neymar suspended for just two matches 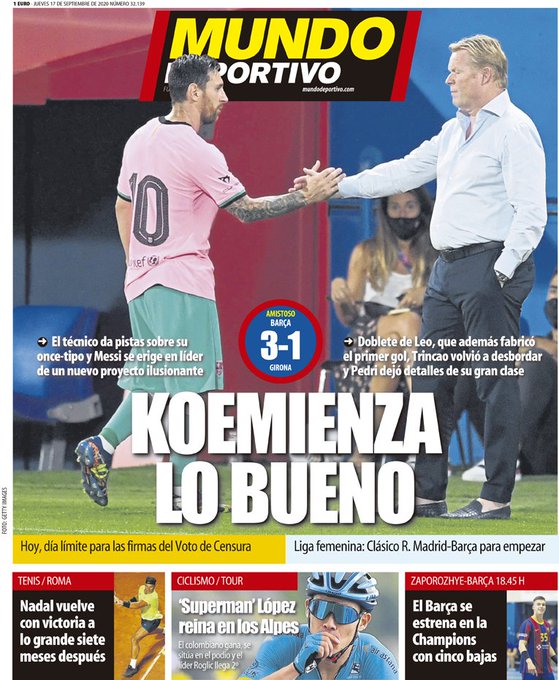 Koeman starts well - Gives clues over his new-look team with Messi as leader, who scores twice and assists the other, Trincao in overloaded attack and Pedri makes his case Today, the final day for censure signatures - Barcelona try to oust Bartomeu Clasico to start the Women’s League