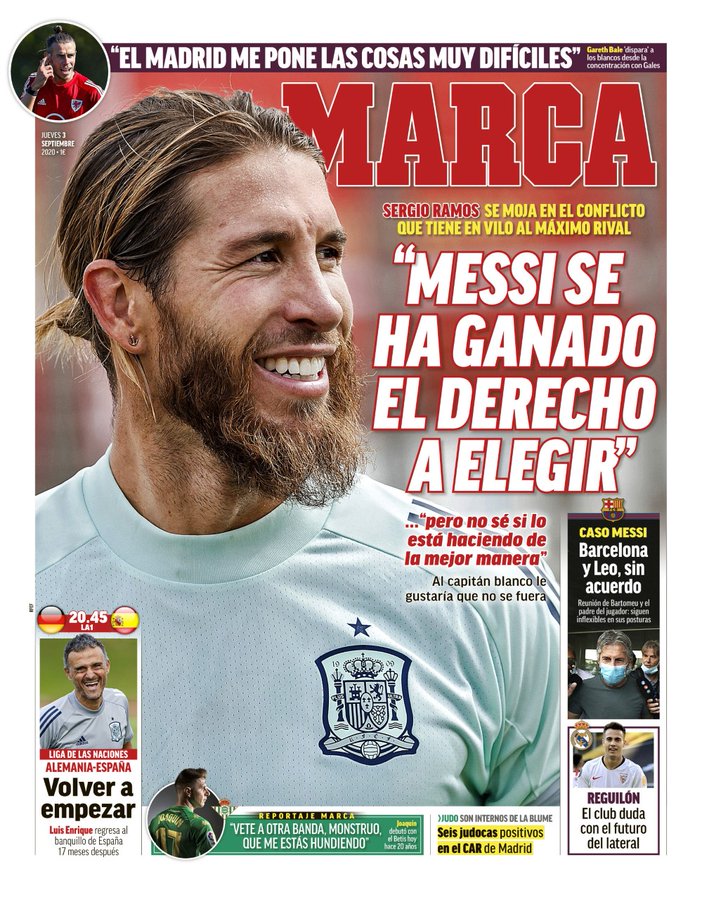 “Messi has earned the right to choose,” says Ramos - “but he has not done it in the best way,” Ramos wades in on debate of rivals. “Madrid have made things very difficult” - Gareth Bale critical of the club of blocking his exit last year Barcelona and Messi, without agreement - no conclusion after 90-minute meeting Returning to starting again - Luis Enrique back on the Spain bench after 17 months Sergio Reguilon - Real Madrid doubts on his future 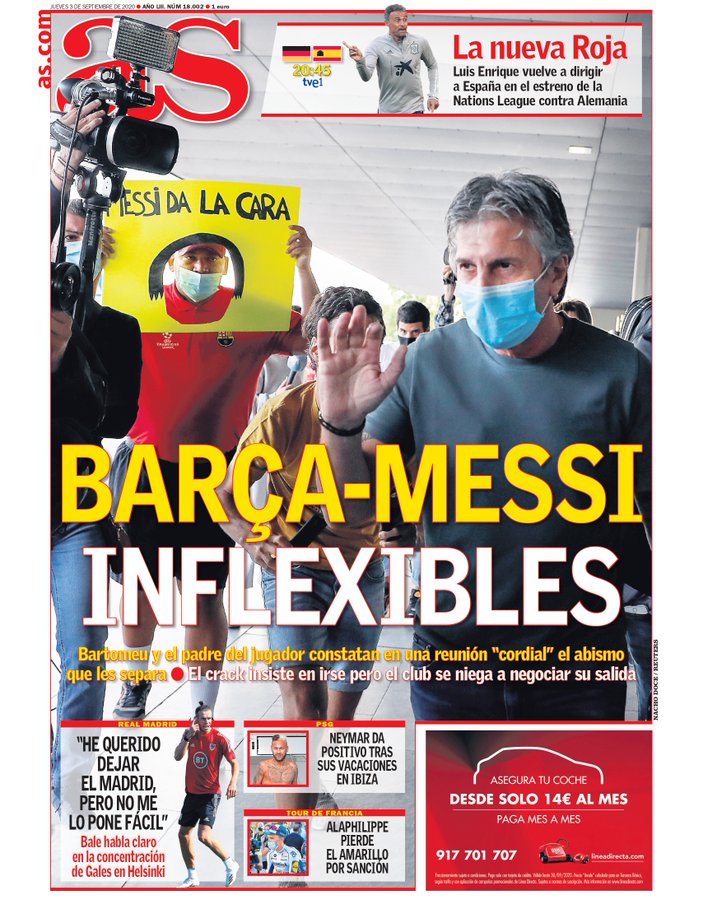 Barcelona and Messi inflexible - Bartomeu and the player’s father hold a cordial meeting but do not come to an agreement from polarised positions; Messi insists on leaving, club eye new contract The new Roja - Luis Enrique back as Spain boss to take on Germany Gareth Bale interview - open to leaving Madrid, but says club have not made it easy Neymar tests positive for Covid-19 after Ibiza holiday 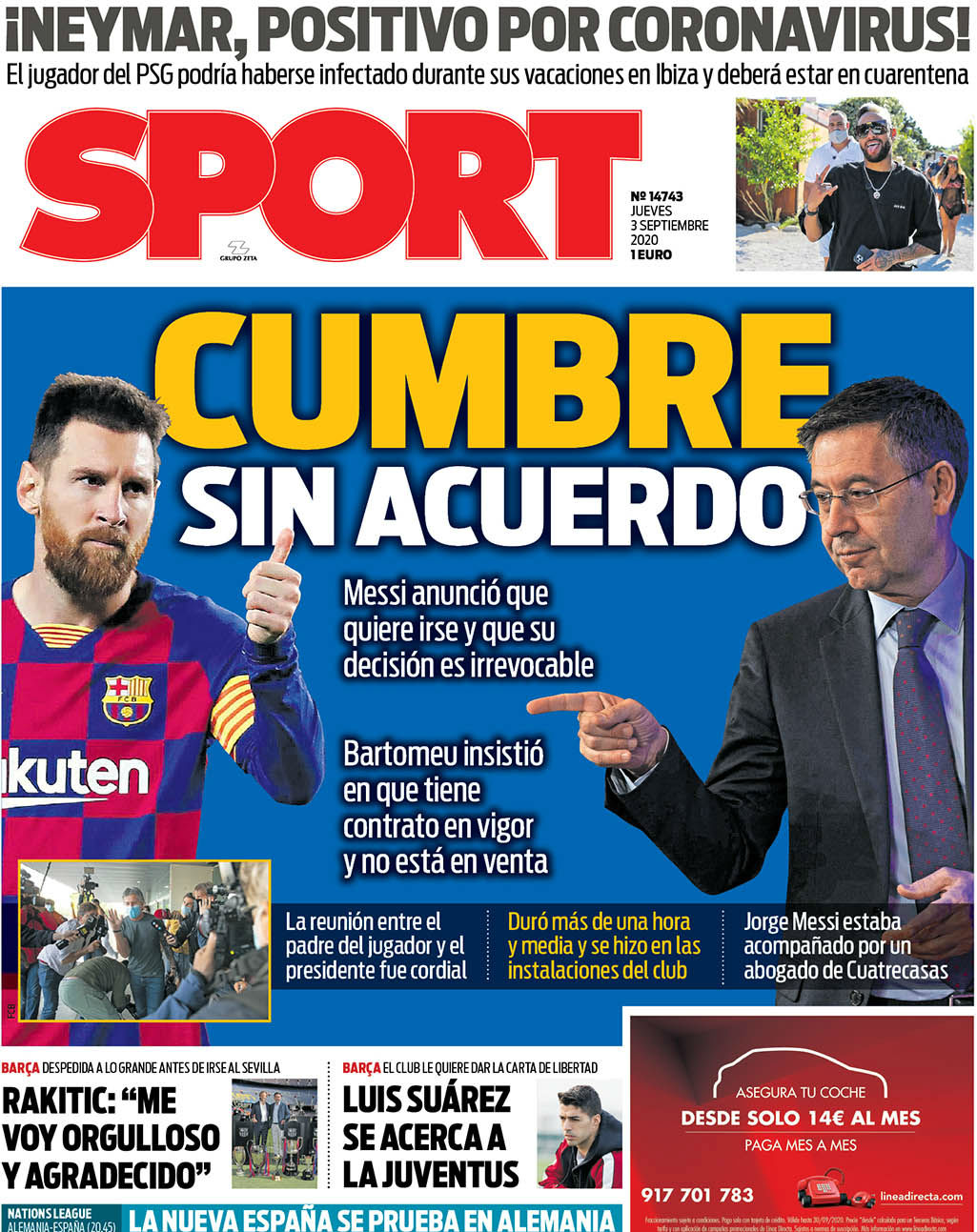 Meeting without agreement - Messi announced that he wants to leave and that his decision is irrevocable; Bartomeu insisted that he has a contract and is not for sale; the meeting between the player's father and the president was cordial. It lasted more than an hour and a half and was done at the club's facilities; Jorge Messi was accompanied by a lawyer from Cuatrecasas. Neymar tests positive for coronavirus - The PSG player could have been infected during his holidays in Ibiza and must be in quarantine Rakitic: “I am proud and grateful” - a big farewell to Rakitic before going to  Sevilla Luis Suárez nears Juventus move