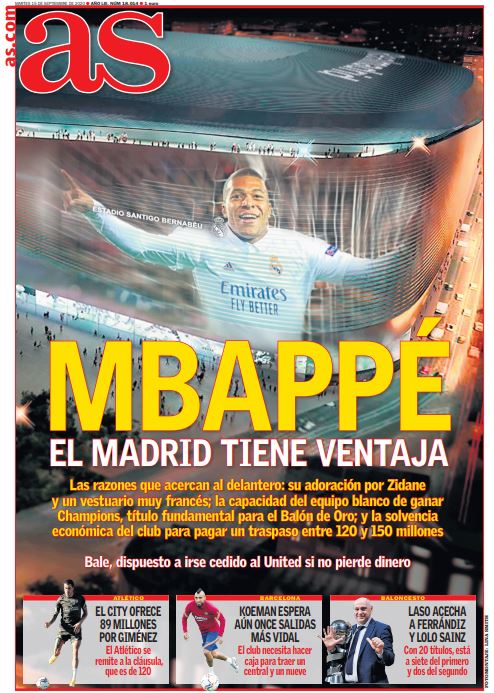 Mbappe, Madrid have an advantage - the reasons for his desire for Madrid are his love of Zidane and a French dressing room, the team’s potential to win the Champions League and for him: a Ballon d’Or, and the club could pay €120m-150m for him Bale to United - could be loaned out without any money coming in City offer €89m for Gimenez - his release clause at Atleti is €120m Koeman waits for 11 exits, more Vidal - the club need to sell to then sign a defender and a number 9 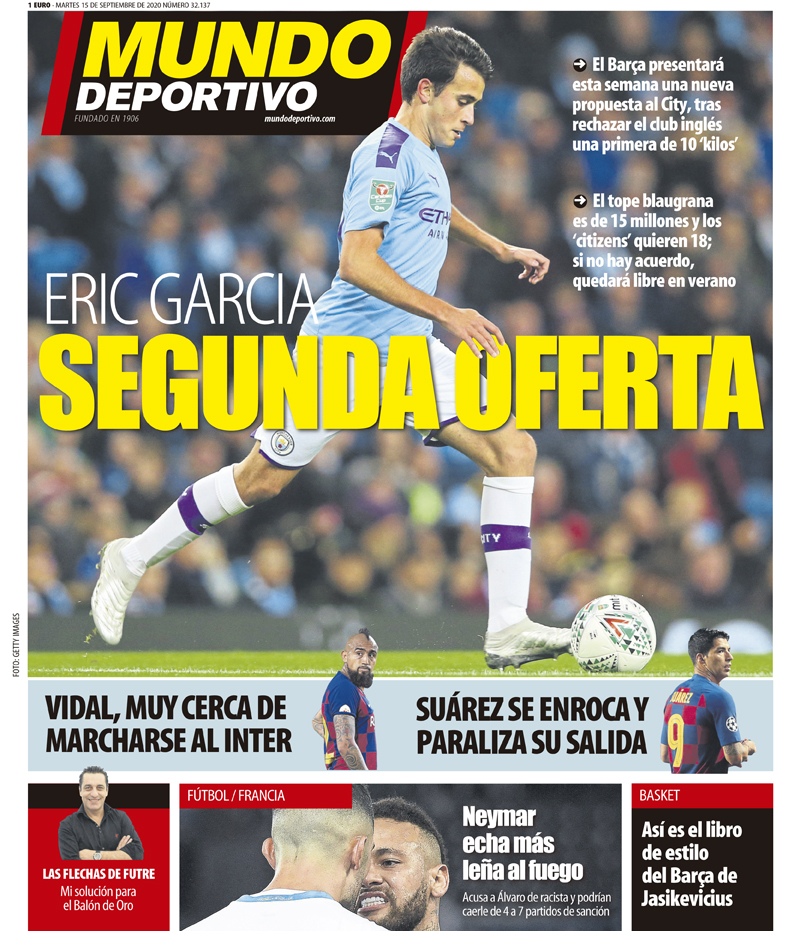 Eric Garcia second offer - Barcelona to make a new bid to City this week for defender after €10m offer was rejected, Barca prepared to pay €15m but City want €18m - risk losing him for free next summer Vidal - very close to leaving for Inter Suarez - paralyses his exit 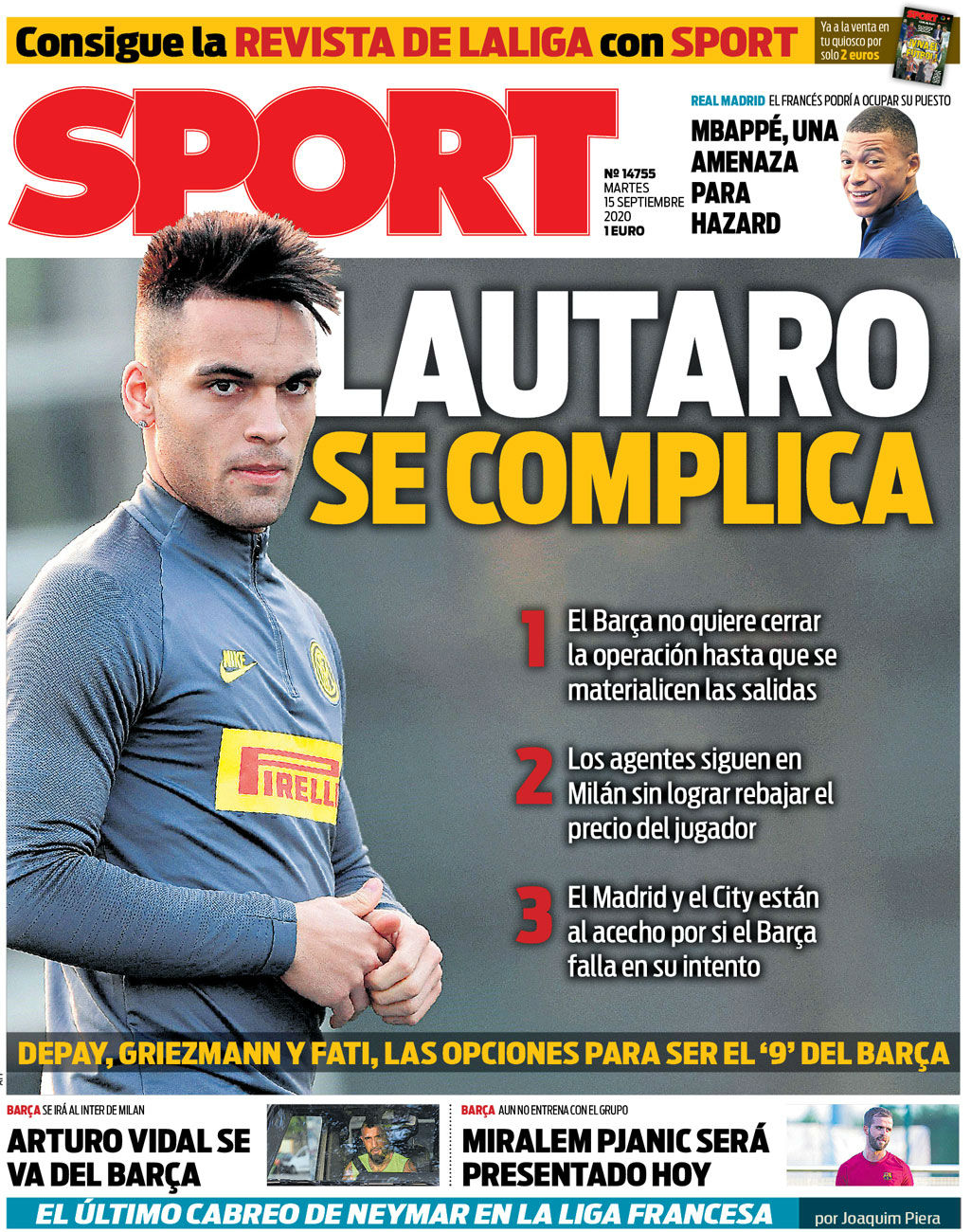 Lautaro is complicated - Barça does not want to close the Lautaro deal until player departures materialise, the agents are still in Milan without managing to lower the player's price. Real Madrid and City are on the lookout in case Barça fails in their attempt. Depay, Griezmann and Fati - the options to be the '9' of Barça Mbappé is presented as a threat to Hazard - Real Madrid are interested Pjanic will be presented today - has trained with his new teammates