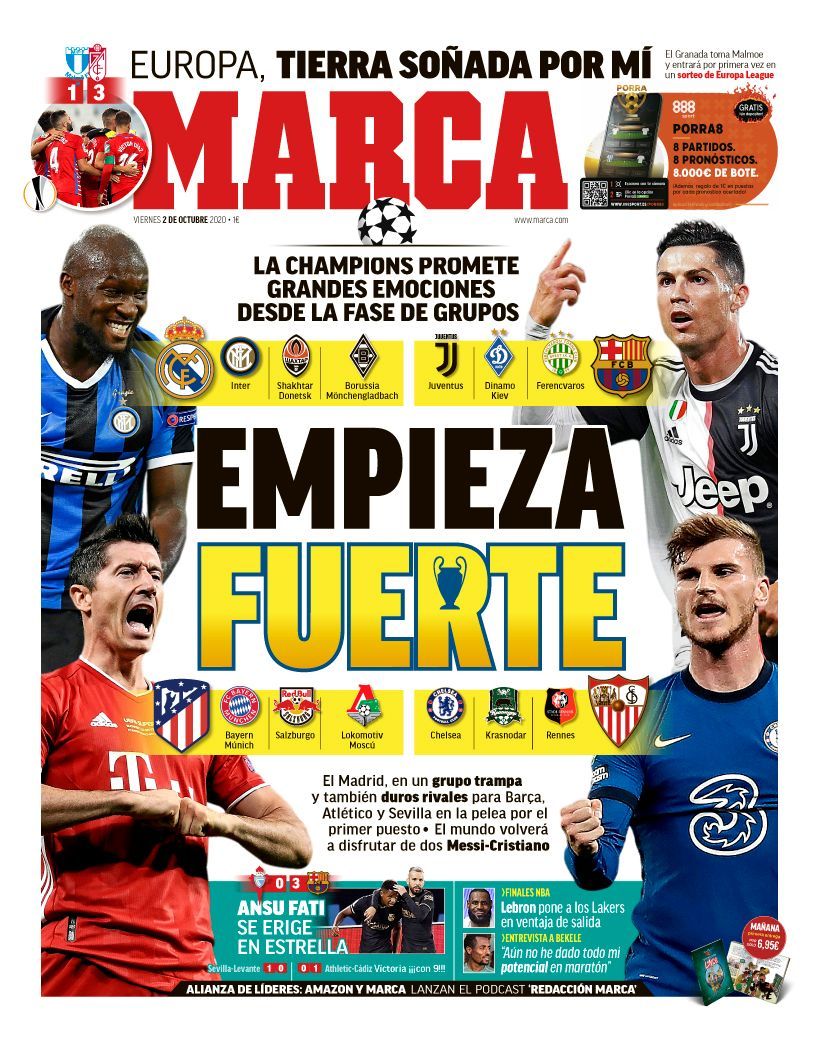 Start strong - The Champions League promises strong emotions from the group stages. Madrid are in a trap group and there are also tough opponents for Barcelona, Atletico Madrid and Sevilla. The world awaits the return of the Messi-Ronaldo duel Ansu Fati stands as a star - influential in Barcelona win at Celta Granada into Europa League group stage 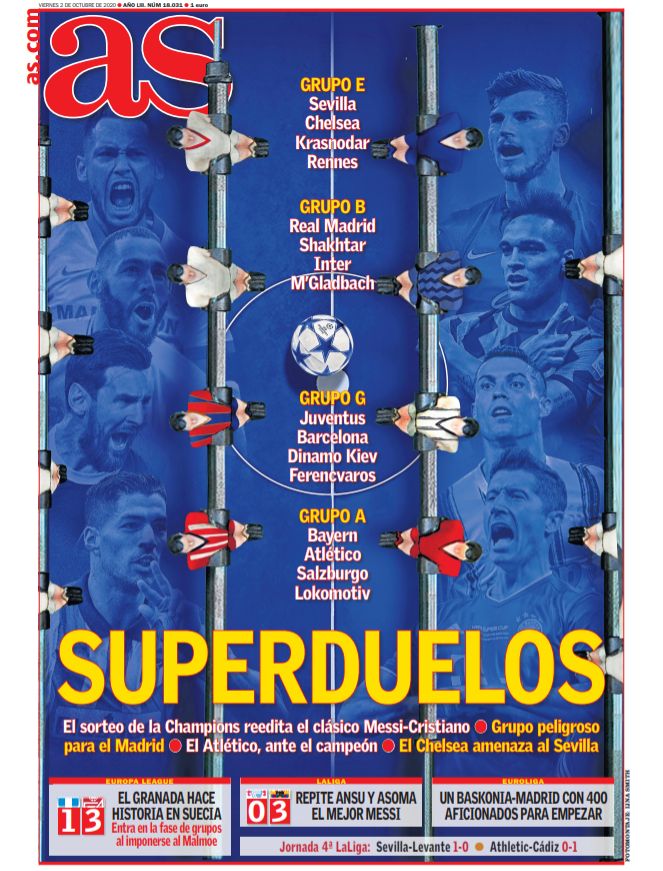 Super Duels - The draw for the Champions League group stages brings the return of the Messi against Ronaldo rivalry. It’s a dangerous group for Madrid. Atleti, against the holders. Chelsea start against Sevilla. Granada make history in Sweden - in the group stage after win in Malmo Ansu Fati repeats his performance as the best version of Messi peeks out - Barcelona win at Celta 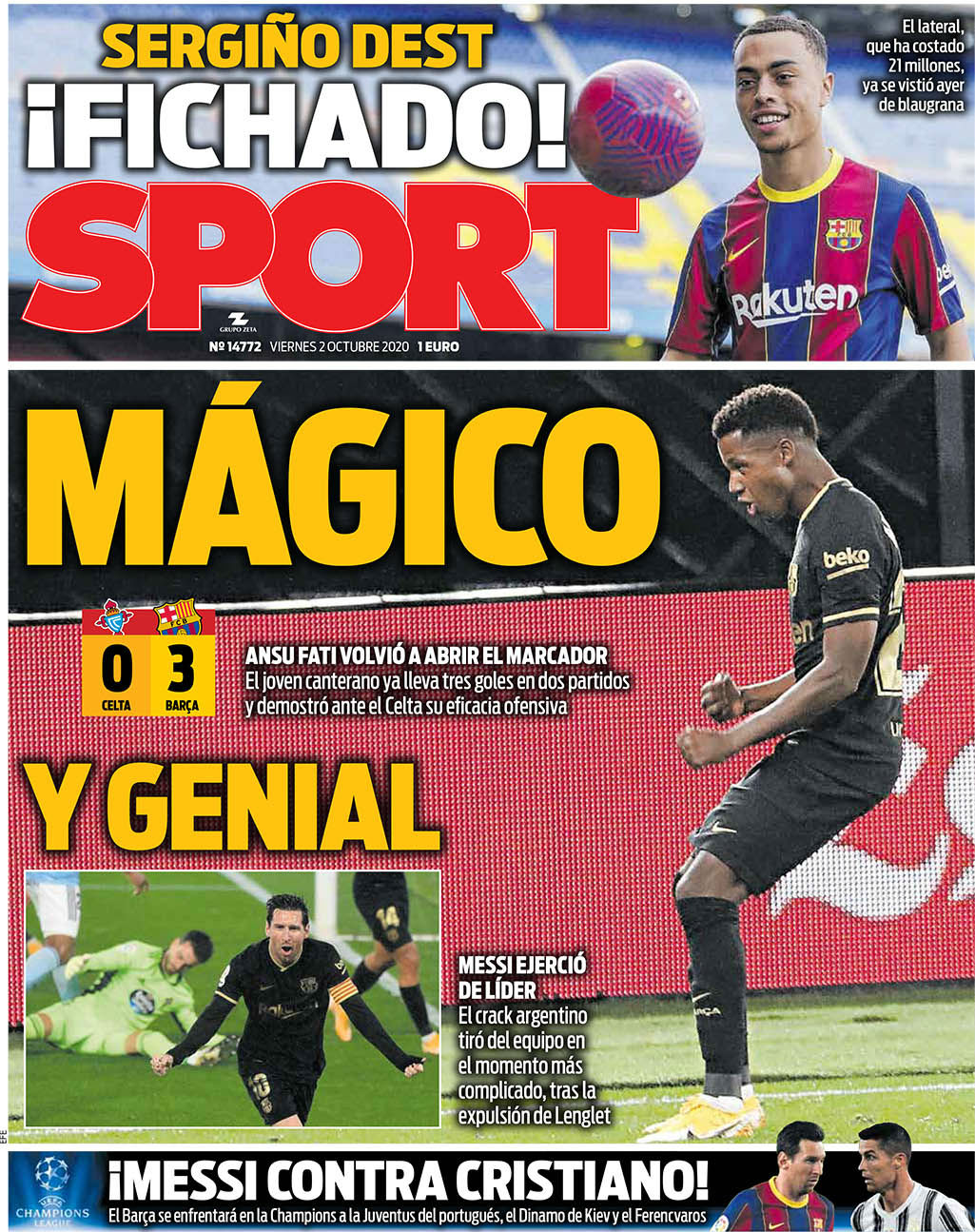 Magic and genius - Ansu Fati opened the scoring. The youngster already has three goals in two games and showed his offensive efficiency against Celta. Messi acted as a leader. The Argentine star pulled the team in the most difficult moment, after the sending off of Lenglet. Sergiño Dest - signed! The full-back has cost €21m, and visited the Blaugrana yesterday Messi against Ronaldo - Dynamo Kiev and Ferencvaros complete Barcelona’s group