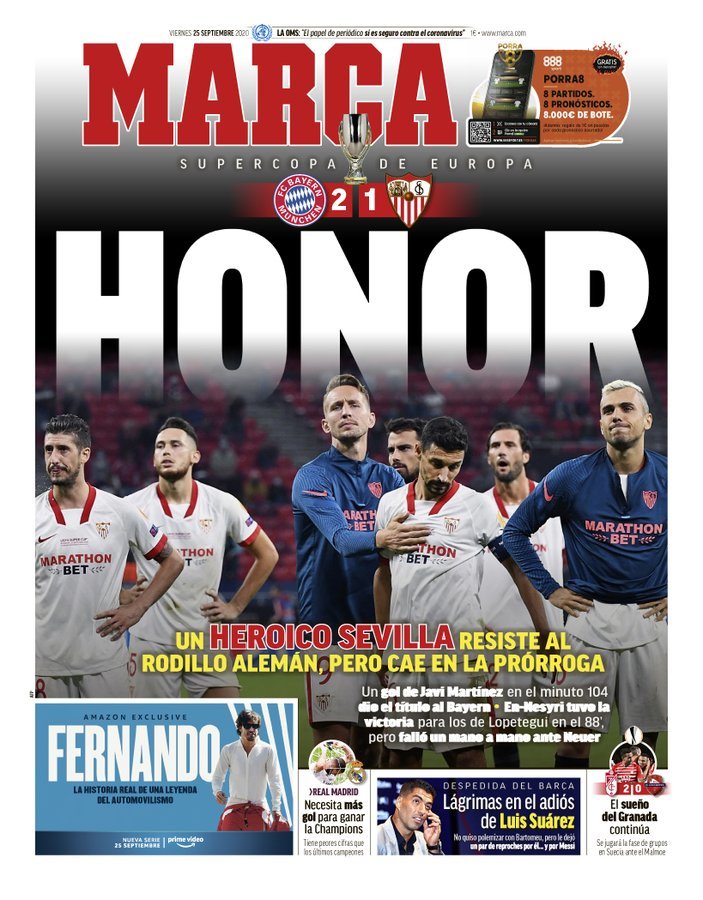 Honour - A heroic Sevilla resist against the German roller but fall in extra-time. Javi Martinez won the game in the 104th minute with a header but En-Nesyri was denied by Neuer in the 88th minute. Real Madrid need more goals - if they want to win the Champions League A tearful goodbye from Luis Suarez - leaves Barcelona for Atletico Madrid Granada’s dream continues 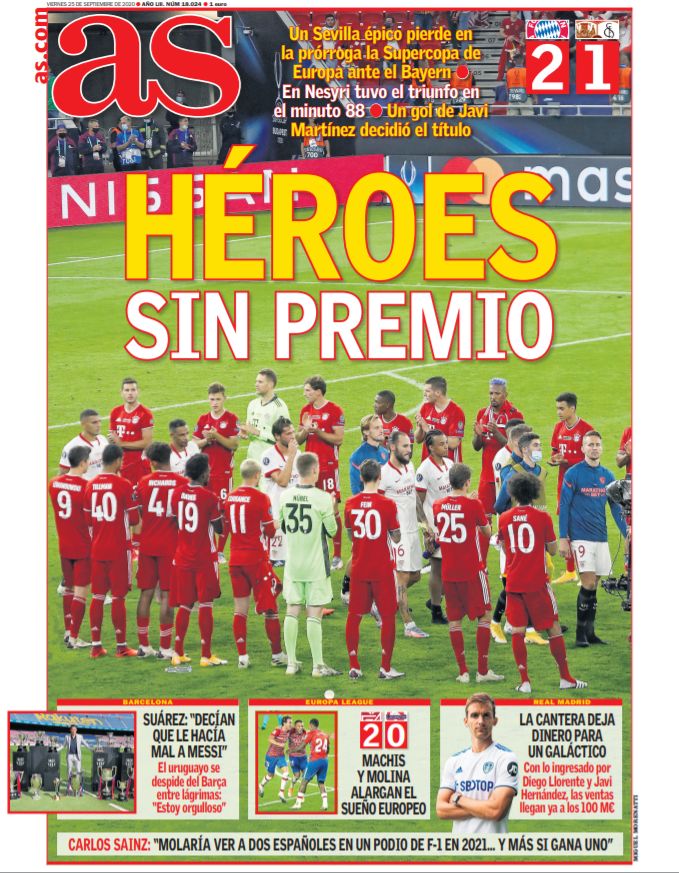 Heroes without a prize - A great Sevilla lose Super Cup in extra time to Bayern Munich, Martinez won the game but En-Nesyri missed a great chance in the 88th minute Suarez: “They say that Messi was wrong” - Suarez says his tearful goodbyes to Barcelona Machis and Molina lengthen Granada’s European dream - 2-0 win over Tblisi The youth team brings Madrid the money of a galactico - with the sales of Diego Llorente and Javi Hernandez, Madrid have sold over €100m 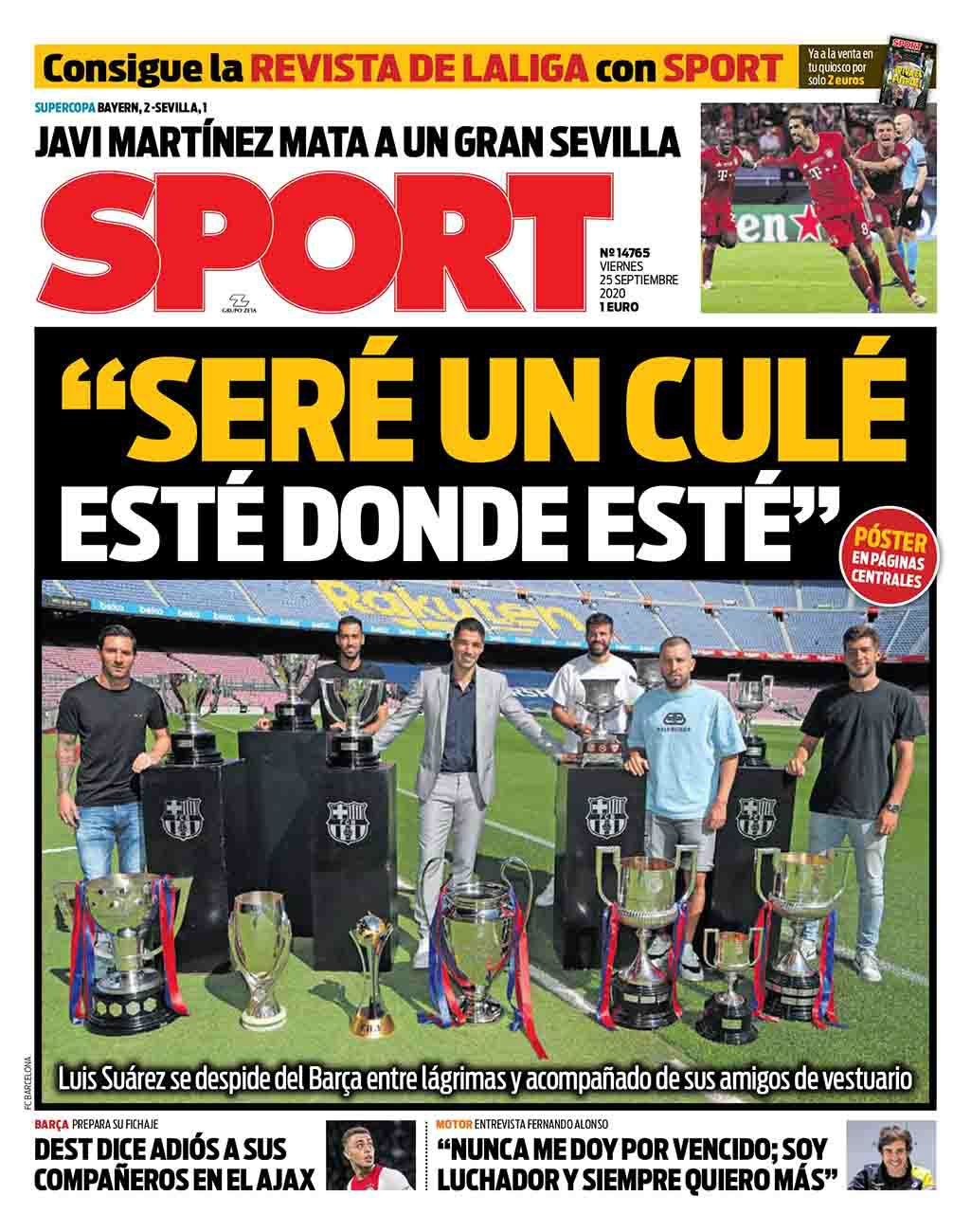