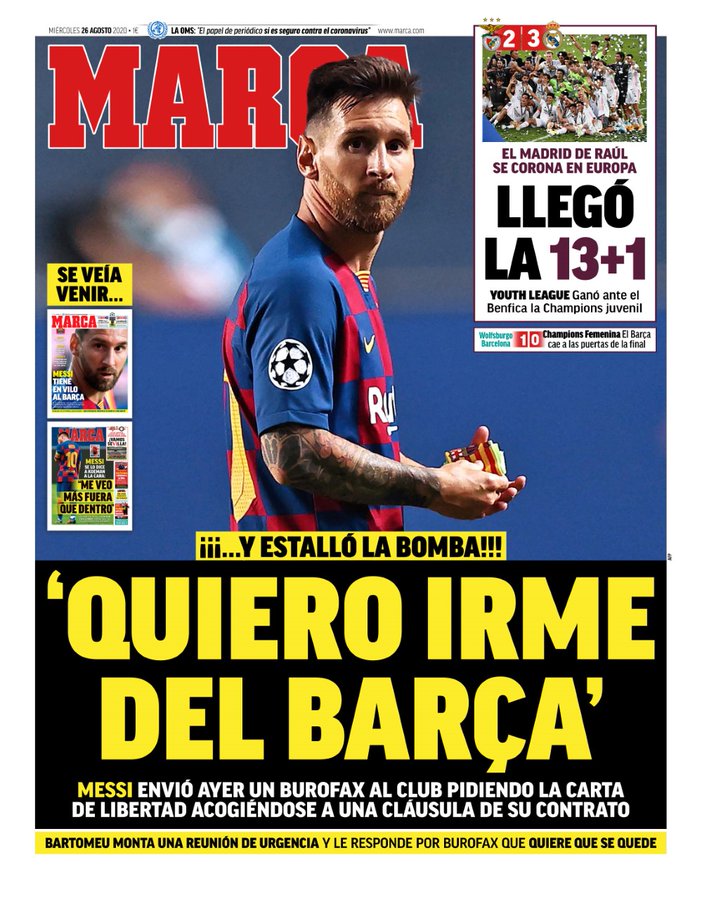 “I want to leave Barcelona” - Lionel Messi sends a burofax to Barcelona to say that he wants to rescind his contract with the club and become a free agent Bartomeu calls an urgent meeting - responds with a burofax that the club want Messi to stay 13+1 arrives - Madrid win UEFA Youth League for the first time ever under management of Raul Gonzalez, beating Benfica in the final 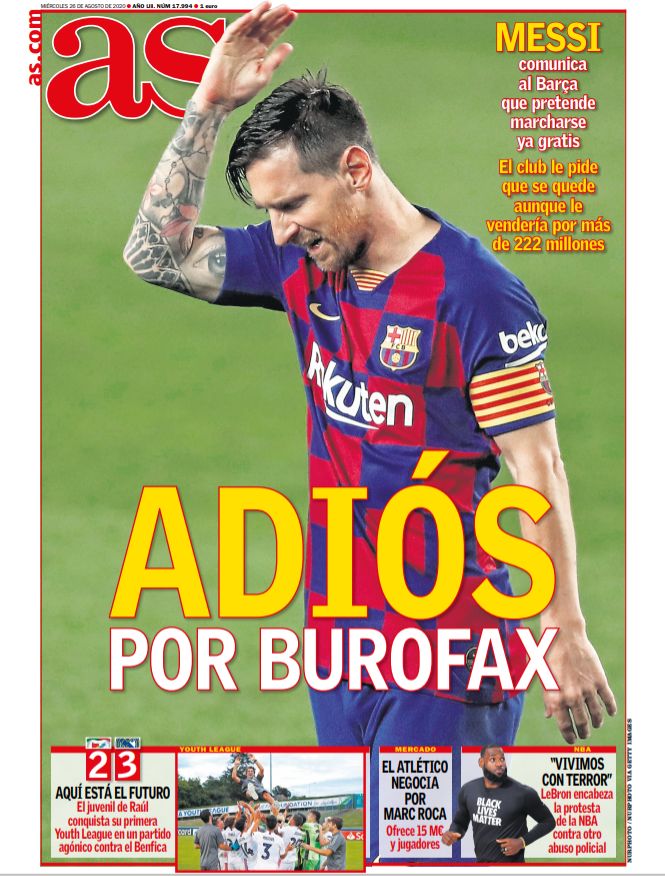 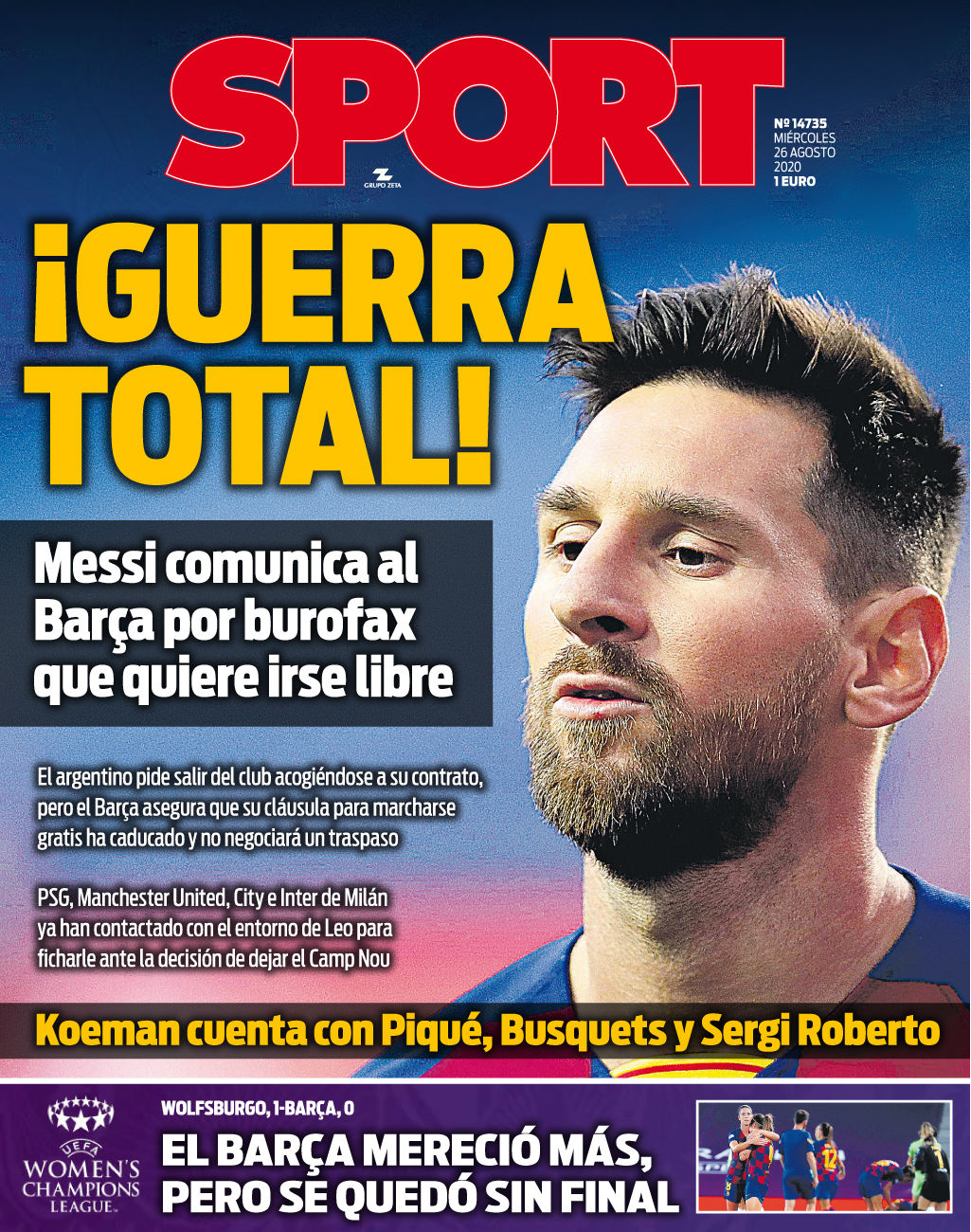 Total war - Messi communicates to the board by burafax that he wants to leave. Paris Saint-Germain, Man City, Man United and Inter among the clubs monitoring Messi, who is hopeful of becoming a free agent by ending his Camp Nou contract Koeman definitely has three captains - Gerard Piqué, Sergio Busquets and Sergi Roberto will all stay The defeat of Barca’s women’s team - they lose 1-0 against Wolfsburg in the semi-finals of the Champions League