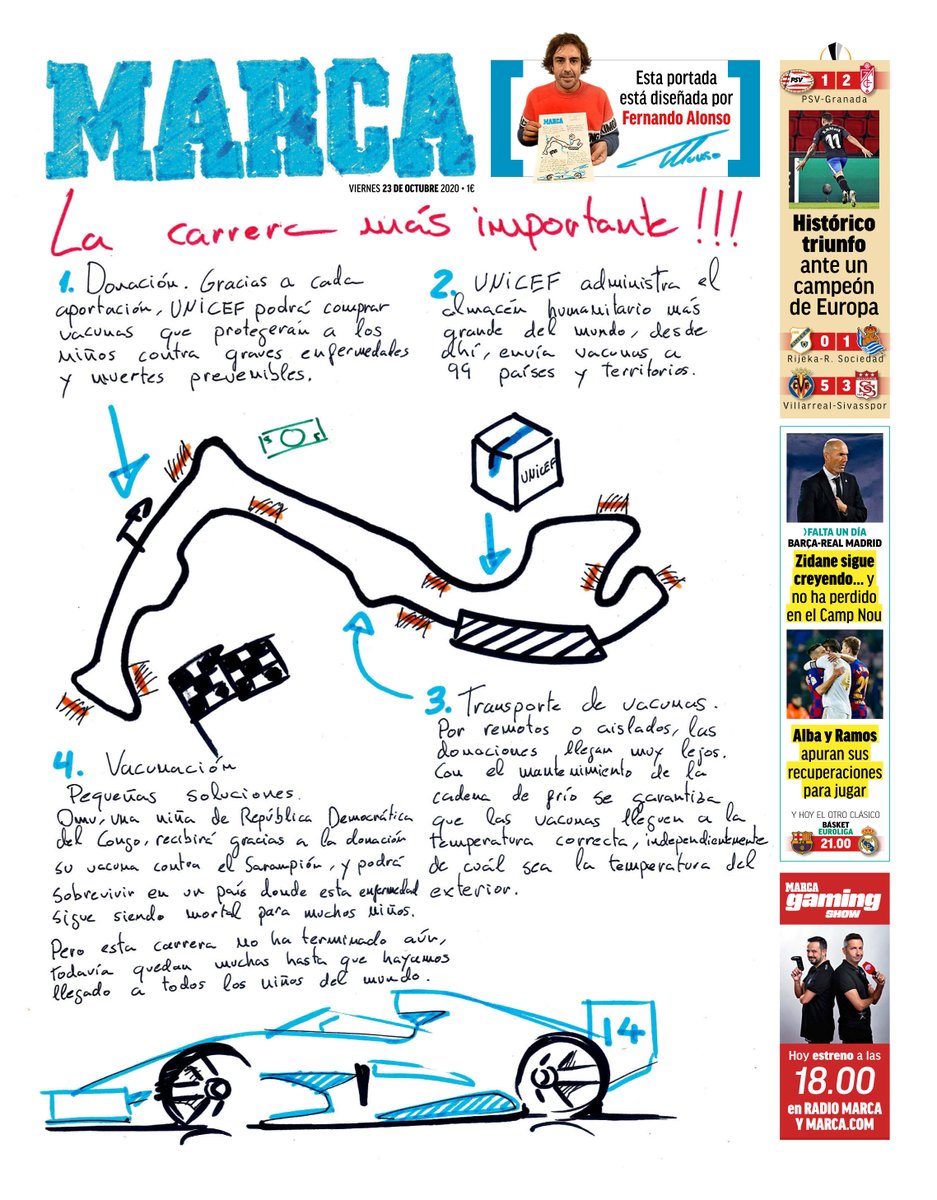 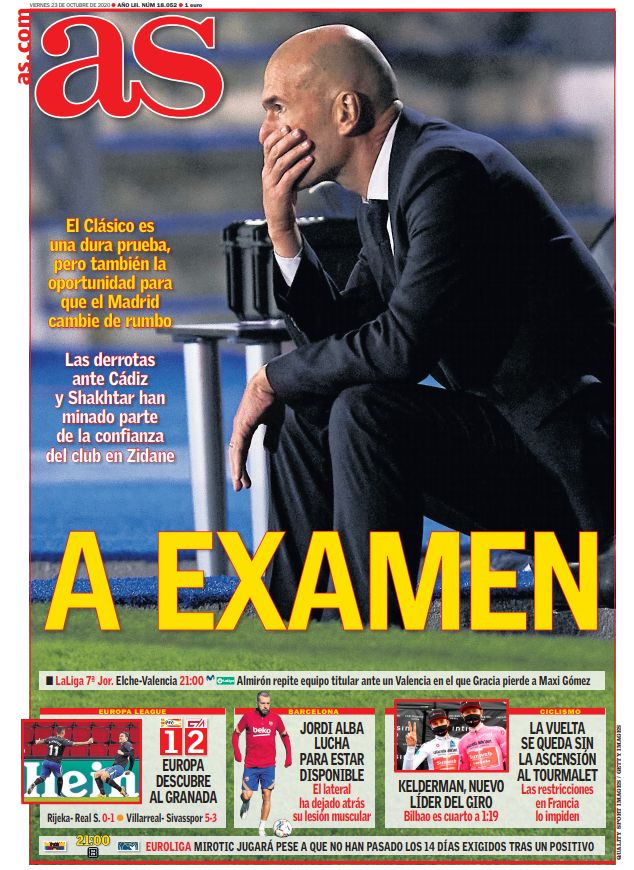 To be examined - El Clasico is a tough test for Real Madrid but also a big opportunity to change the mood at the club. Defeats against Cadiz and Shakhtar Donestk has lost Zidane credit at the club. Europe discovers Granada - they win at PSV Jordi Alba fights to play in El Clasico - has left behind his muscle injury 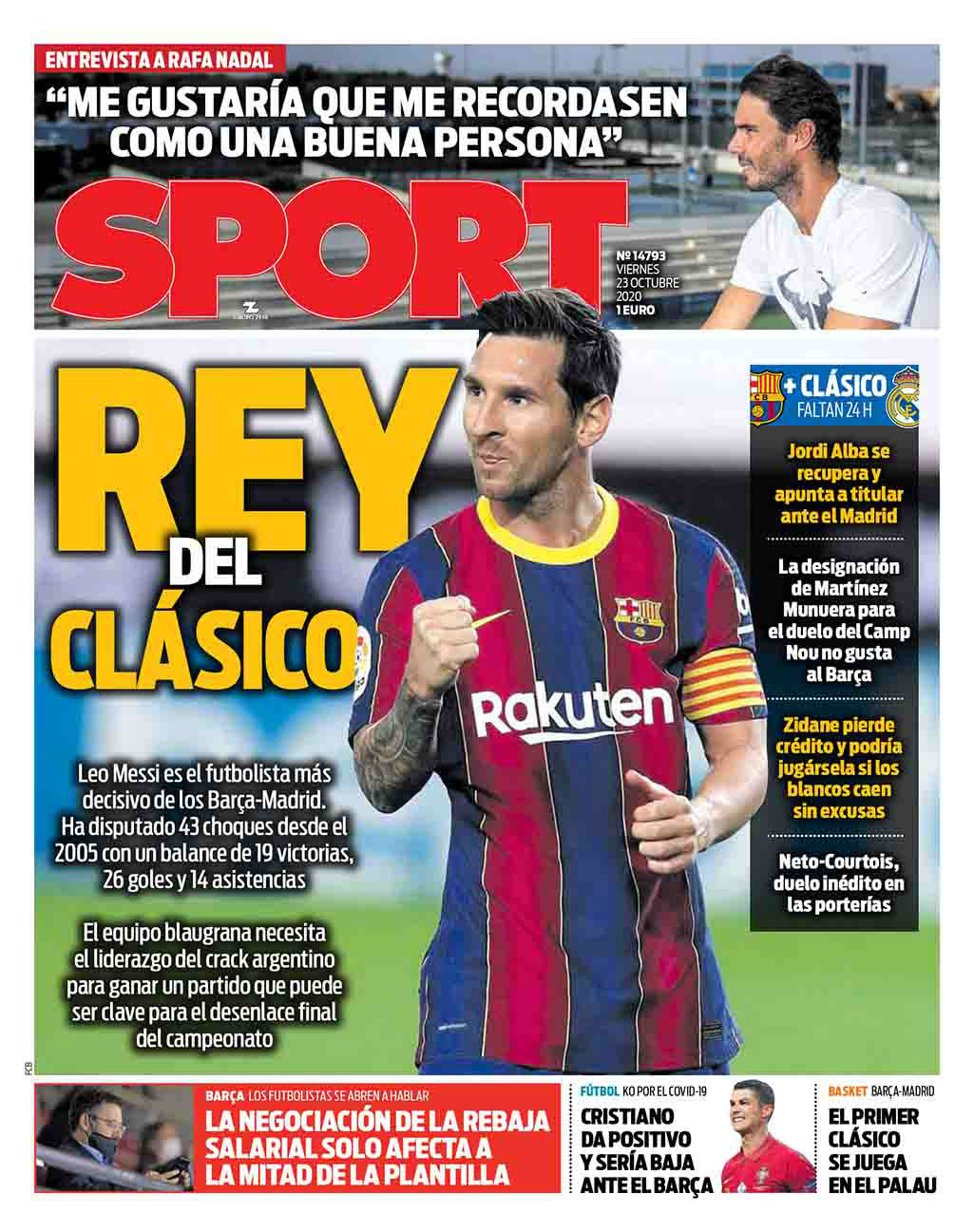 King of El Clasico - Leo Messi is the most decisive footballer of the Barça-Madrid match. The Argentine has played 43 games since 2005 with a record of 19 wins, 26 goals and 14 assists.  The Blaugrana need the leadership of the Argentine star to win a game that could be key to the final outcome of the league. El Clasico build-up - Jordi Alba recovers and aims to start against Madrid while, on the other hand, the appointment of Martínez Munuera as the referee for Camp Nou match is not liked by Barça. Likewise, Zidane loses credit and could be in trouble if Los Blancos lose without excuses. Finally, Neto-Courtois, an unprecedented duel in the goals. The negotiation of the proposed salary cut at Barça only affects half of the squad - footballers are open to talking Cristiano Ronaldo still positive for Covid-19 and will miss Barcelona game