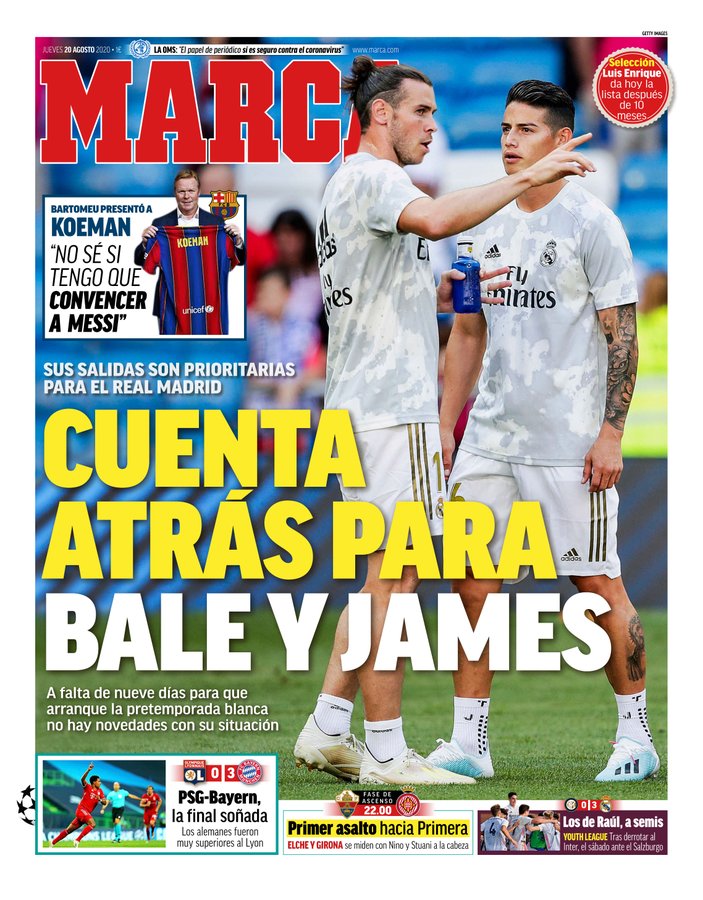 Countdown for Bale and James - The exits of the two players are Real Madrid’s priority. With only nine days left for the preseason to start there is no news yet regarding this situation. Spain squad selection - first Luis Enrique squad in 10 months Ronald Koeman presented - “I don’t know if I have to convince Messi (to stay)” PSG-Bayern final - The German side beat Lyon First game for La Liga - Elche against Girona Raul’s side for the semi-finals - Madrid beat Inter in Youth League 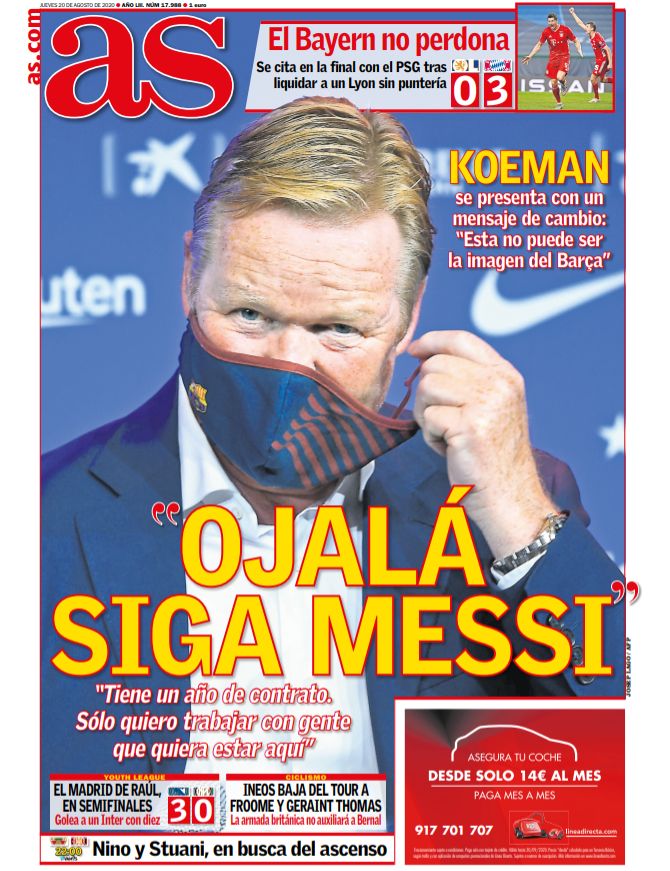 “Hopefully Messi stays” - Ronald Koeman presented as new Barcelona boss and says “this can’t be the image of Barcelona”. “I only want to work with people who want to be here.” Bayern have no forgiveness - beat Lyon 3-0 and will play PSG in the final Raul’s Madrid through to the semis - beat Inter 3-0 in Youth League Nino and Stuani, battle for promotion 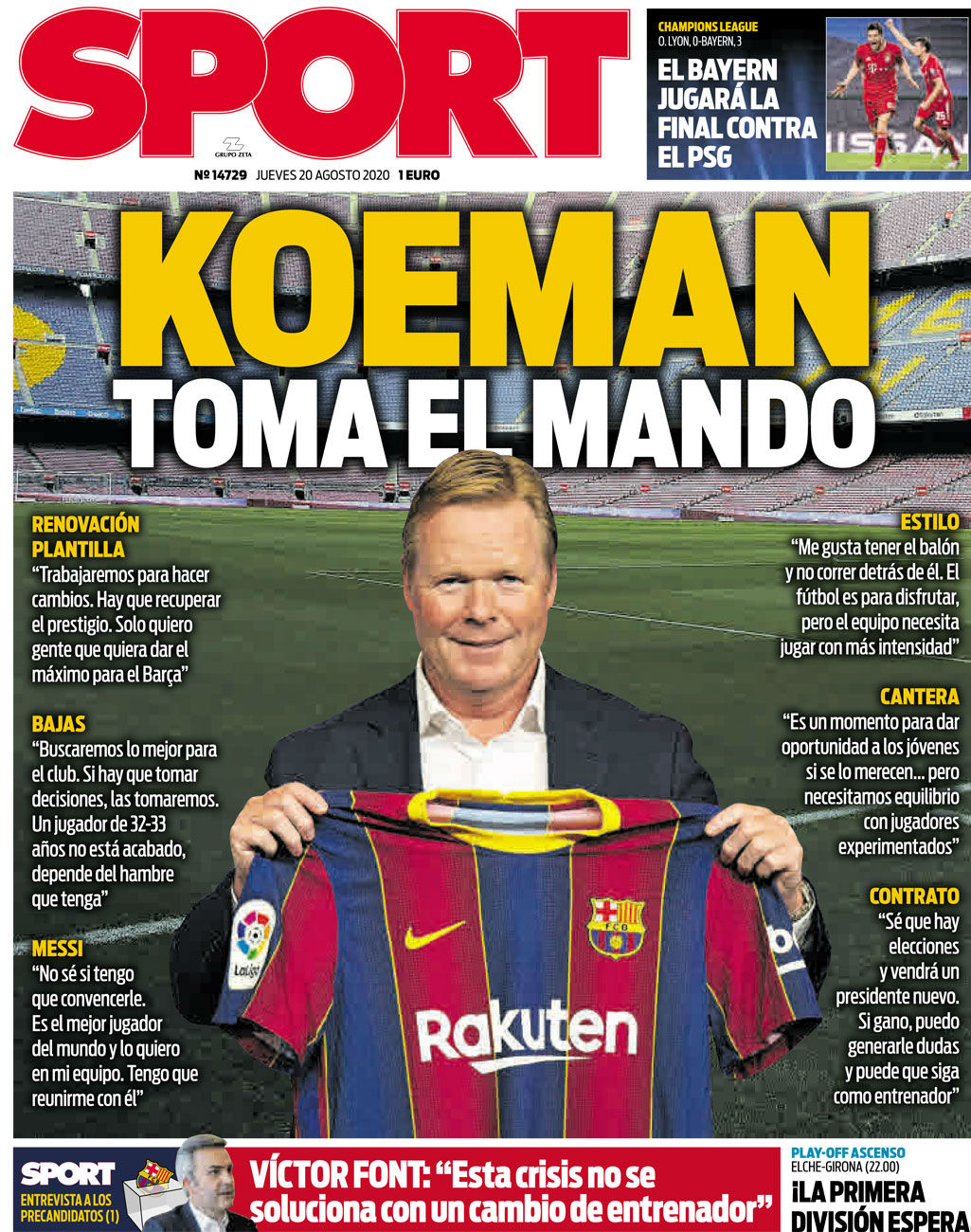 Koeman takes command - He talks about the renewal of the squad to regain prestige and possible exits. He is convinced that he wants Messi in the team, he has commented on his style and has spoken about the youth players and his contract. Bayern qualify for the Champions League final - They will play against PSG on Sunday La Liga awaits - Girona will play Elche in the playoff final Victor Font: “This crisis cannot be solved by a changed of coach”