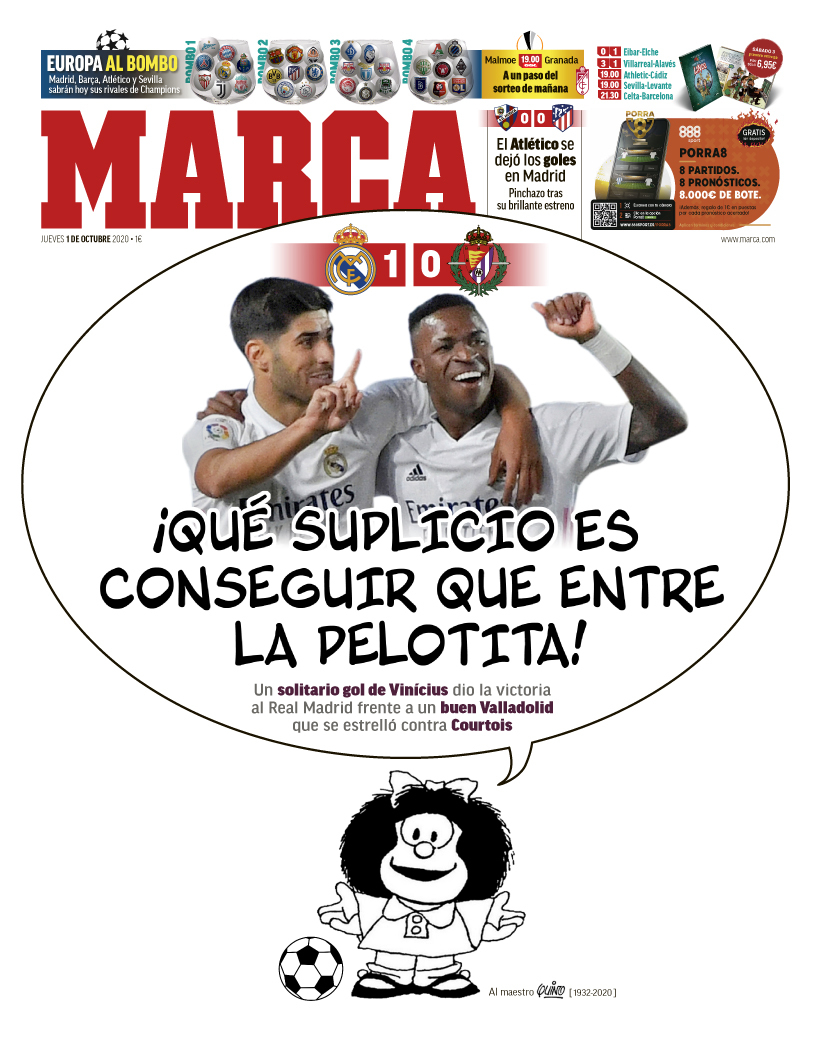 What torture it is to get the ball into the net - A goal from Vinicius Junior wins the game for Real Madrid against a good Valladolid, who were denied by Thibaut Courtois European draw - Real Madrid, Barcelona, Atletico Madrid and Sevilla in the Champions League Atleti leave their goals in Madrid - held to a draw by Huesca 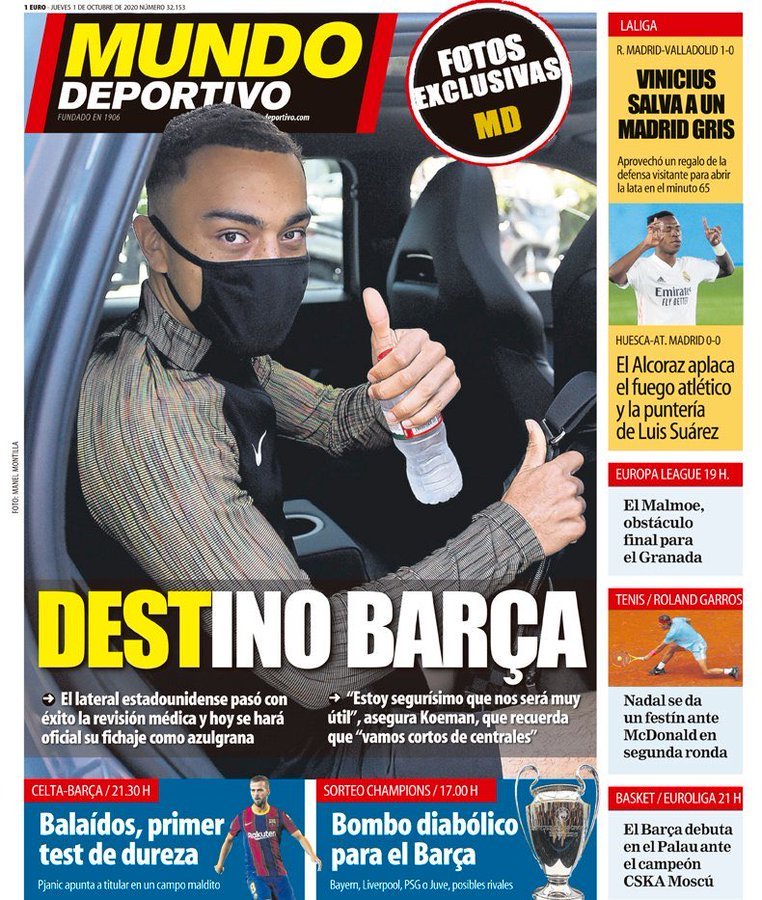 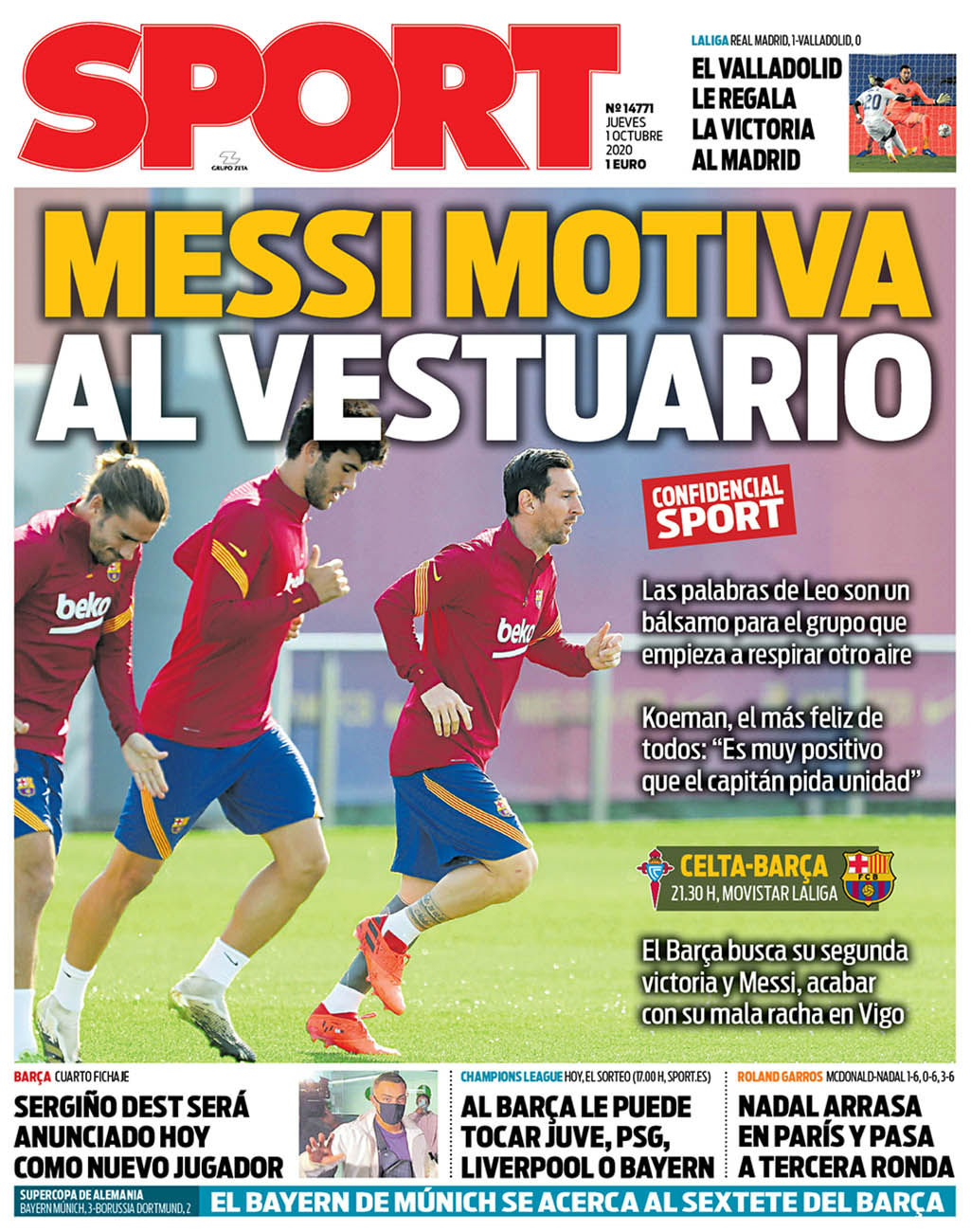 Messi motivates the dressing room - Leo's words are a balm for the group that begins to breathe air again. Koeman is the happiest of all: "It is very positive that the captain asks for unity." Barcelona seek their second win - and Messi, looks to end his bad streak in Vigo. Sergiño Dest will be announced today as a new player - the fourth signing Barça can play Juve, PSG, Liverpool or Bayern in the Champions League draw