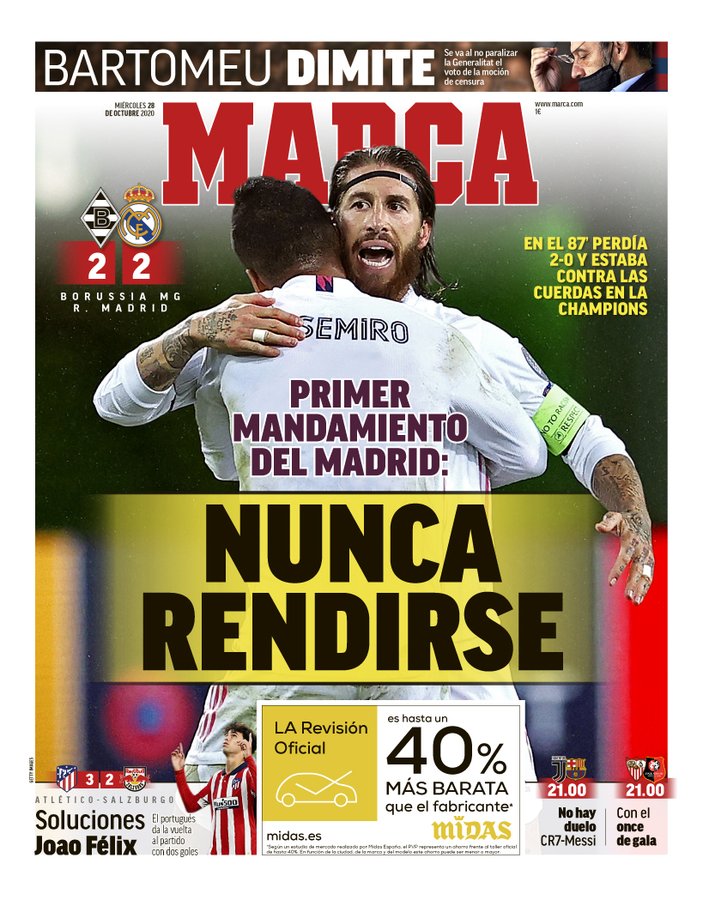 Never give up - the first commandment of Madrid - In the 87th minute they were 2-0 down and against the ropes in the Champions League, but draw 2-2 Bartomeu resigns - After the Generalitat do not stop the no confidence vote Joao Felix’s solution - scores twice as Atleti come back to beat Gladbach There is no Messi-Ronaldo duel - Ronaldo has Covid-19 Sevilla, with their strongest XI 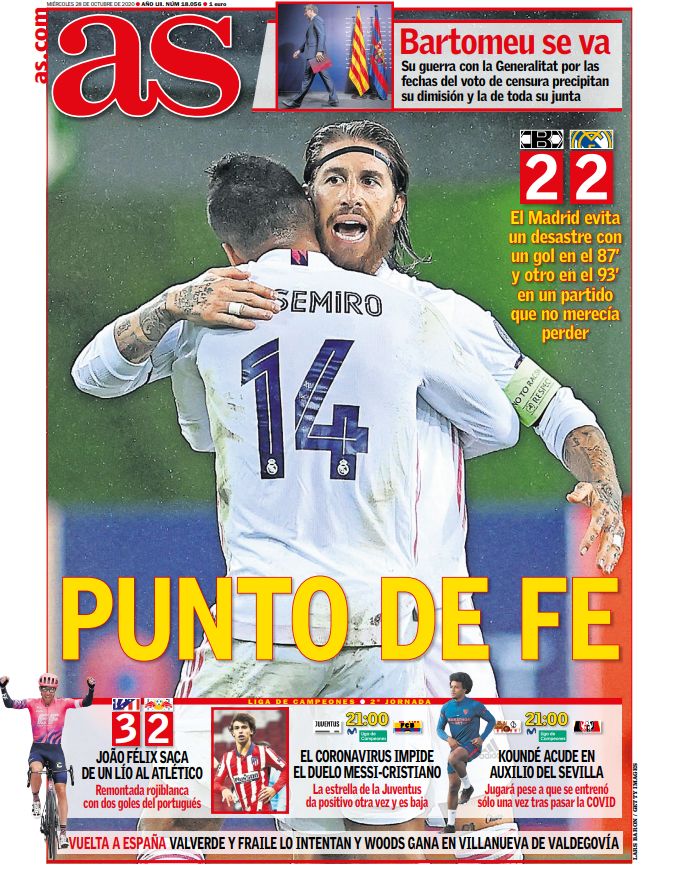 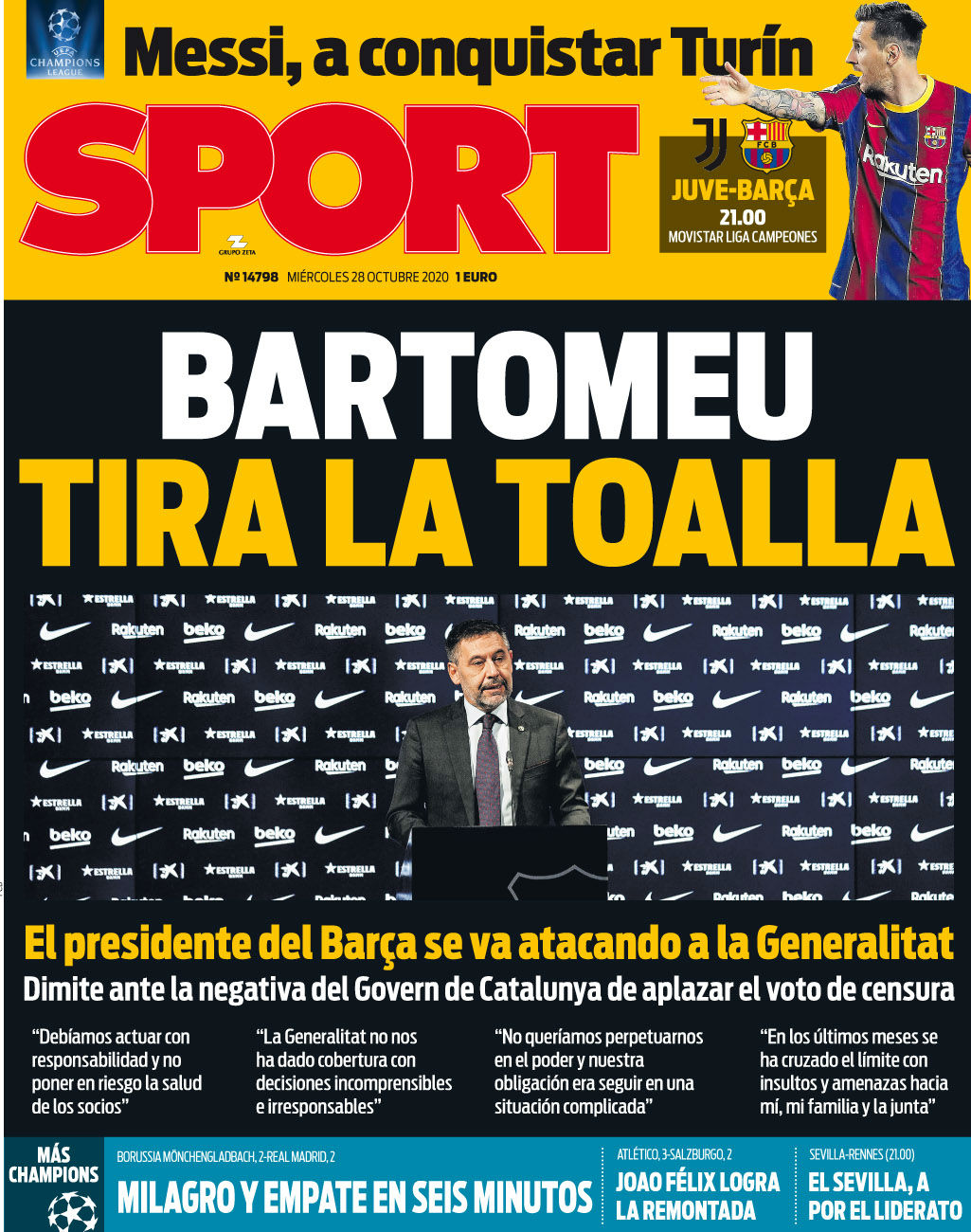 Bartomeu throws in the towel - The president of Barça attacks the Generalitat of Catalonia. He resigned due to the refusal of the Government of Catalonia to postpone the vote of no confidence. "We had to act responsibly and not put the health of our members at risk." "The Generalitat has not covered us with incomprehensible and irresponsible decisions." "We did not want to perpetuate ourselves in power and our obligation was to continue in a complicated situation." "In recent months the limit has been crossed with insults and threats towards me, my family and the board." Messi to conquer Turin - Juventus v Barcelona A miracle and draw in six minutes - Real Madrid draw in Gladbach Joao Felix sparks the comeback - Atleti beat Salzburg Sevilla, to top the group - they play Rennes