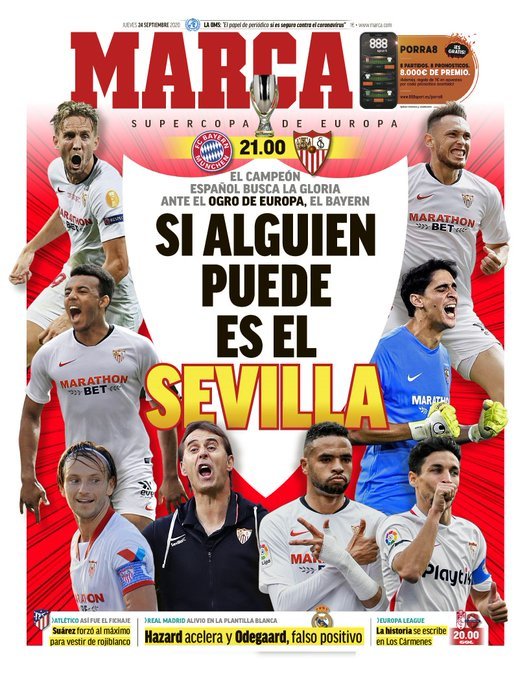 If someone can, it is Sevilla - the Spanish champion team look for the victory against the ogre of European football, Bayern Munich Luis Suarez joins Atletico Madrid - uses maximum force to move Hazard accelerates as Odegaard gives a false positive - relief in Madrid Granada can make European history 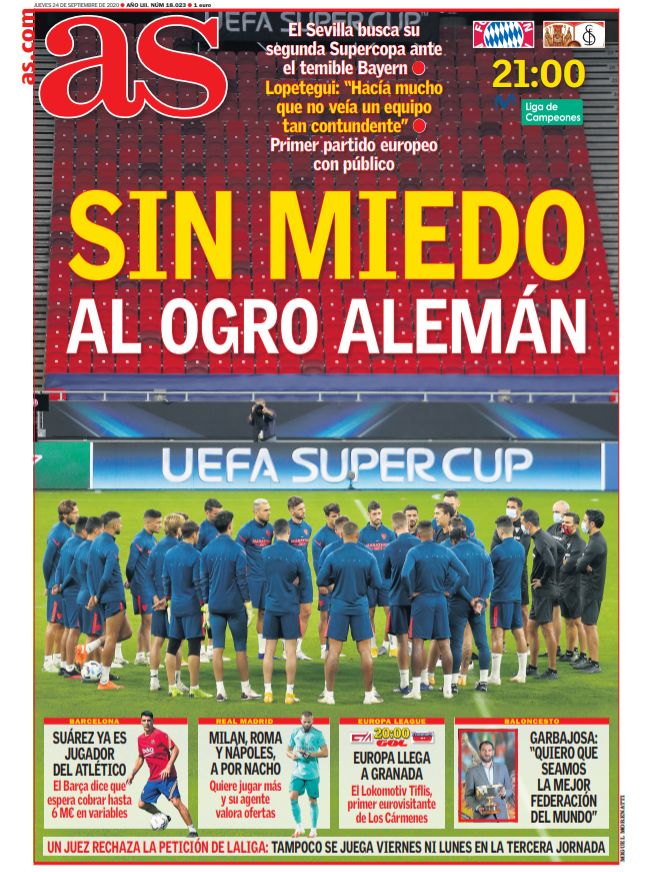 Fearless against the German ogre - Sevilla aim for their second European Super Cup against a fearless Bayern, Lopetegui says it has been a while since he has seen such a coherent team, first European game with fans Suarez already is an Atleti player - the club are paying €6m in variables for the striker Milan, Roma and Napoli go for Nacho - he wants more games and has offers Judge rejects La Liga request on Friday and Monday night football - won’t be played in matchday 3 Europe comes to Granada 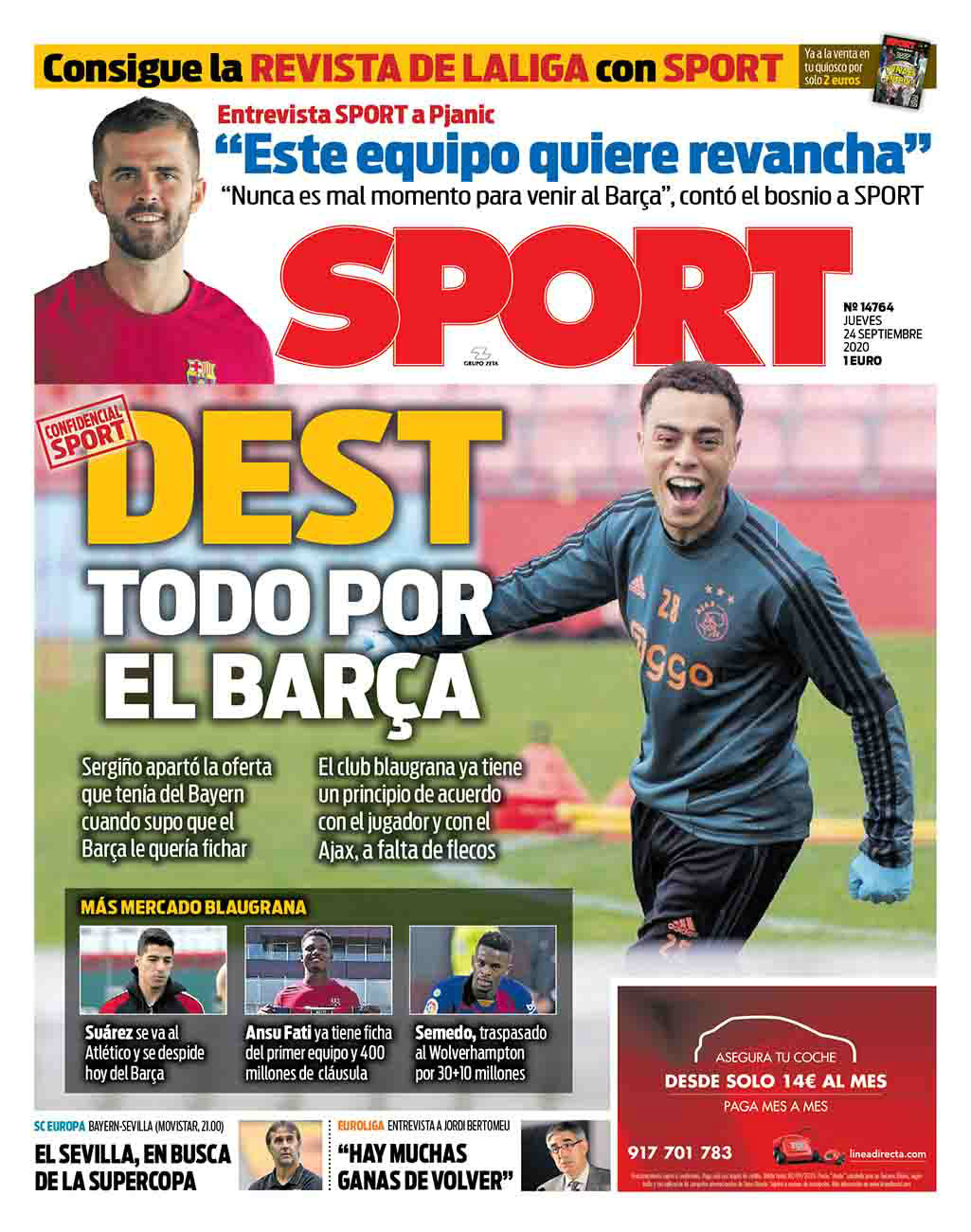 Dest gives everything for Barcelona - Sergiño Dest pushed aside the offer he had from Bayern when he learned that Barça wanted to sign him. Barcelona already has a principle agreement with the player and with Ajax, it is almost there. On the Barcelona market - Suárez goes to Atlético and says goodbye to Barça today, while Ansu Fati already is in the first-team and has a €400m clause. Semedo,  transferred to Wolves for €30m + €10m. Sevilla, in search of the Super Cup