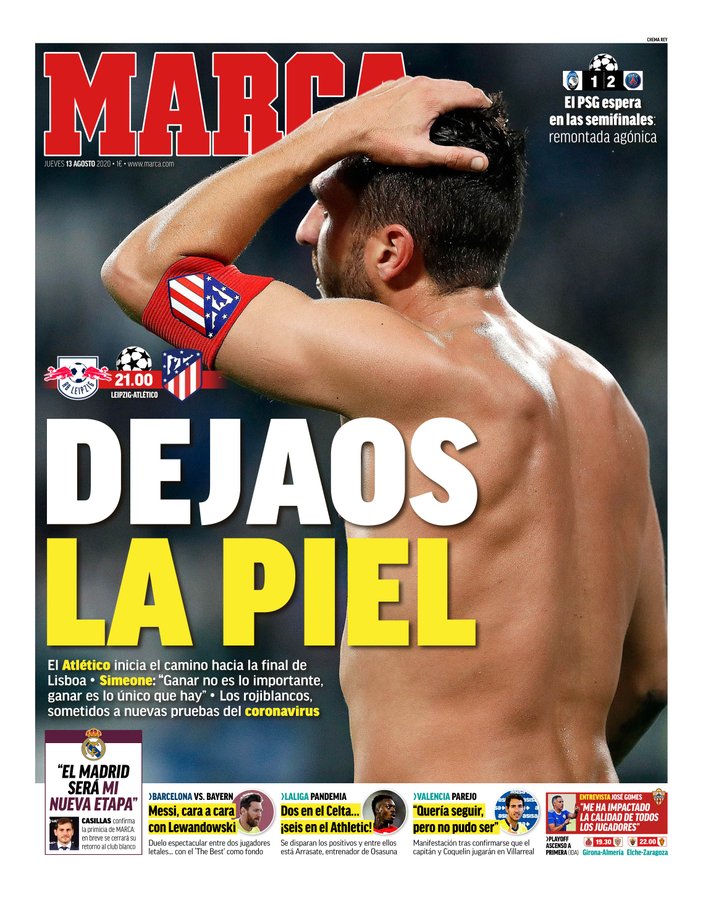 Leave your skin - Atletico start their journey towards the final in Lisbon, Simeone says that winning is more than just important, it is the only thing that matters and Atletico are subjected to more Covid-19 testing PSG await in the semi-finals - an agonising comeback “Real Madrid will be my next stage” - Iker Casillas speaks on return Messi face to face against Lewandowski - duel between top scorers Two at Celta, six at Athletic Club - more positives in La Liga, along with Osasuna boss “I wanted to stay, but I couldn’t” - Parejo speaks after Valencia exit 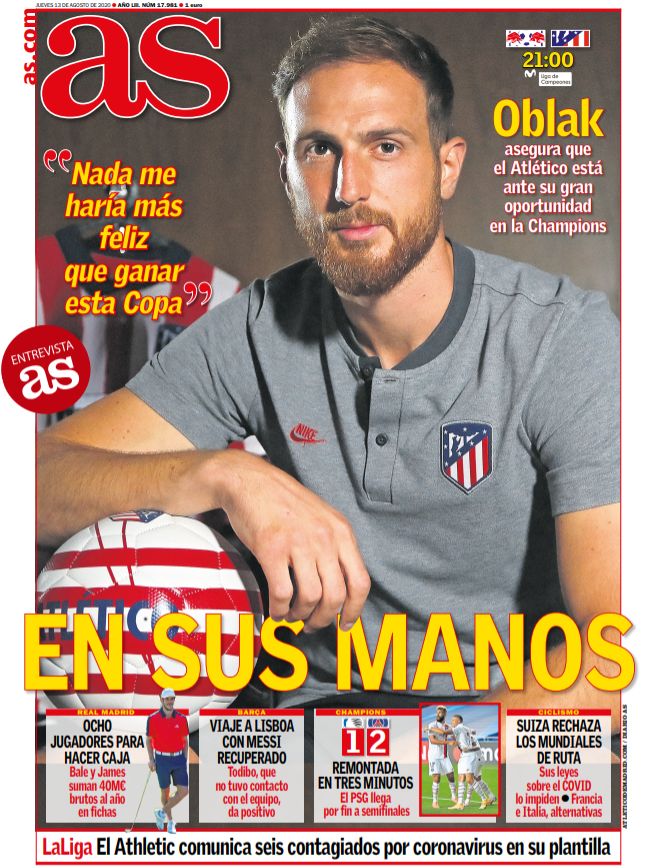 In his hands - Oblak claims “nothing will make me happier than winning this trophy” - he sees his big opportunity in the Champions League Eight players for cashing in - James and Bale make 40m per year in fees Travelling to Lisbon with Messi recovering - Todibo, who has not met teammates, tests positive Comeback in three minutes - PSG through to the semi-finals Athletic confirm six players test positive for Covid-19 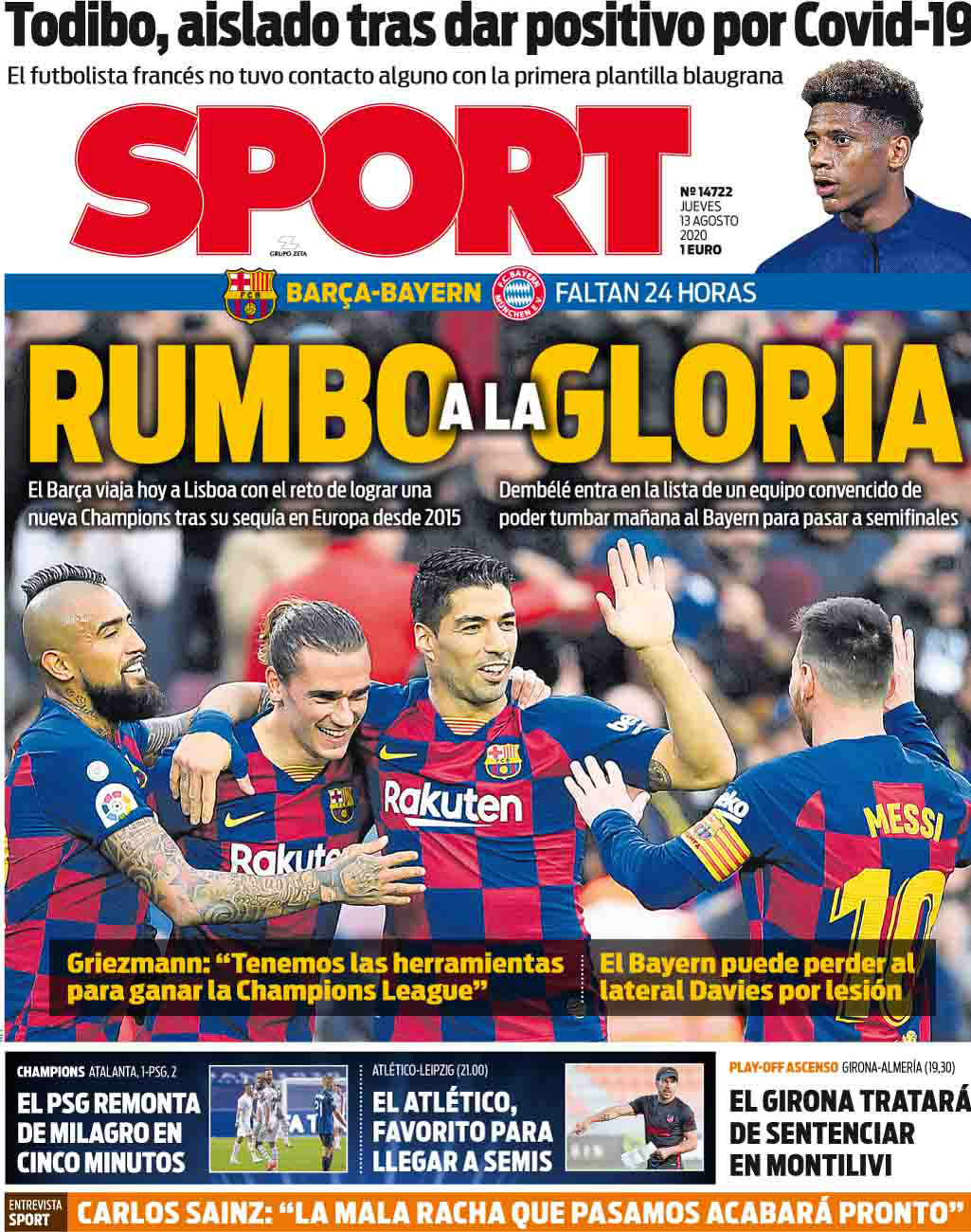 Heading to glory - Barça travel to Lisbon with the challenge of winning a new Champions League after their drought in Europe since 2015. Dembélé joins the list of a team convinced of being able to knock out Bayern to go to the semifinals. Griezmann: "We have the tools to win the Champions League" Bayern injury - may lose Davies through injury. Todibo isolated after testing positive for Covid-19 - the French footballer had no contact with the Blaugrana first-team squad PSG miraculously come back in five minutes against Atalanta - they win 2-1 Atlético, favorites to reach the semis