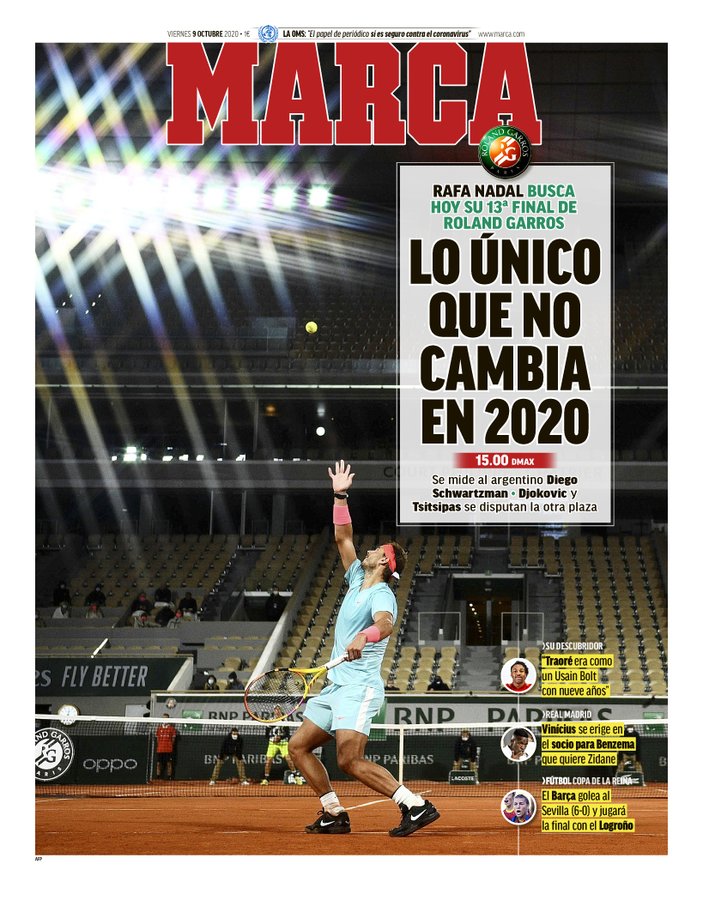 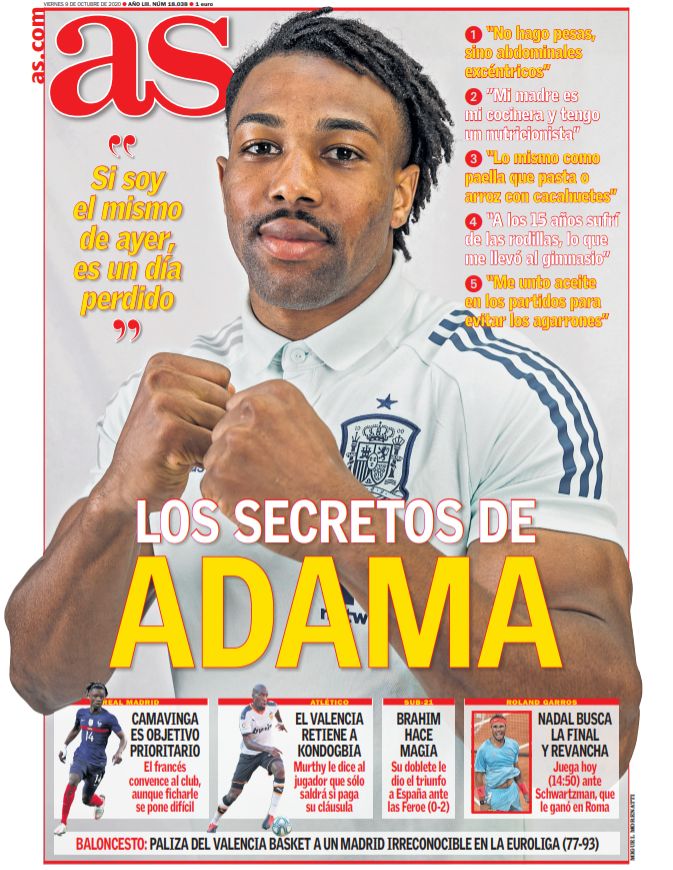 The secrets of Adama Traore - “If I’m the same as yesterday, it’s a day lost” Camavinga is the objective - long-term goal for Madrid Valencia retain Kondogbia - chairman Murthy sticks to the clause despite Atleti interest Brahim with the magic - he scores twice for Under-21 v Faroe Islands 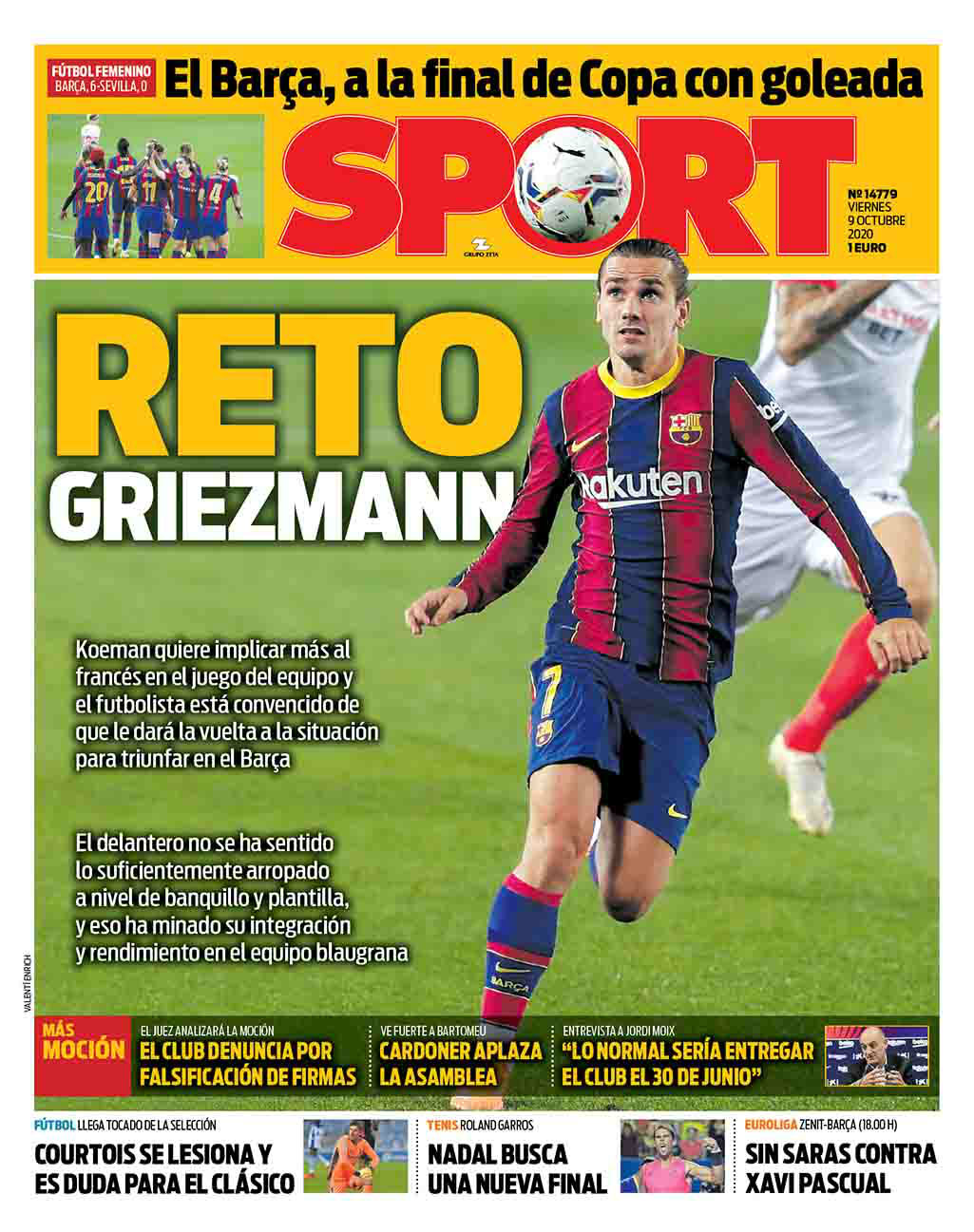 Griezmann challenge - Koeman wants to involve the Frenchman more in the team's game and the footballer is convinced that he will turn the situation around to succeed at Barça. The forward has not felt sufficiently loved, and that has undermined his integration and performance in the Barça team. Motion of censure against the Bartomeu board - The club denounces the falsification of signatures  while Cardoner postpones the assembly. An interview with Jordi Moix who stated that "the normal thing would be to hand over the club on June 30". Courtois is injured - Is a doubt for El Clasico