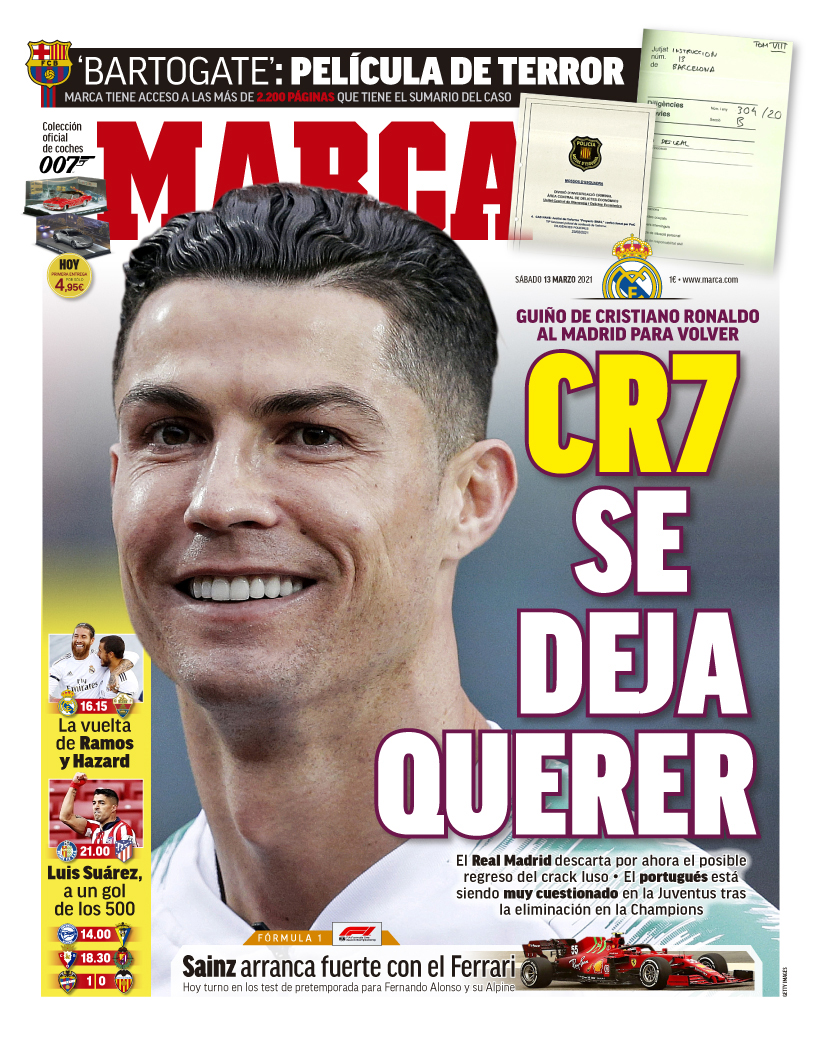 REAL MADRID: CR7 'lets himself be loved' - Real Madrid have moved to dismiss speculation linking them with a dramatic move to bring Cristiano Ronaldo back to the club this summer. The Portuguese international's future at Juventus is in doubt following their elimination from the Champions League. 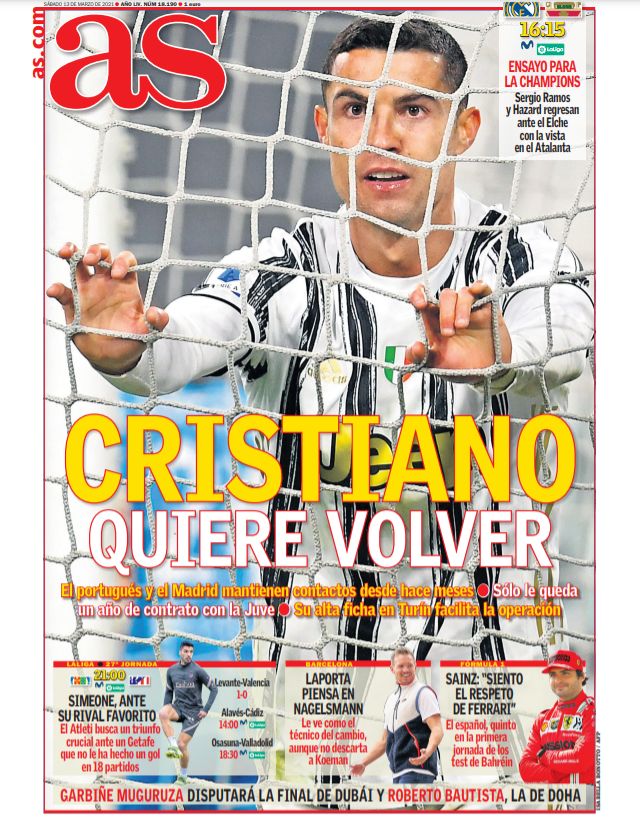 REAL MADRID: Cristiano wants to return - Portuguese superstar Cristiano Ronaldo has been in contact with Real Madrid over a possible return for months. He only has one year left at Juventus and he is one of the highest earners with the Serie A giants and they could look to offload him this summer. 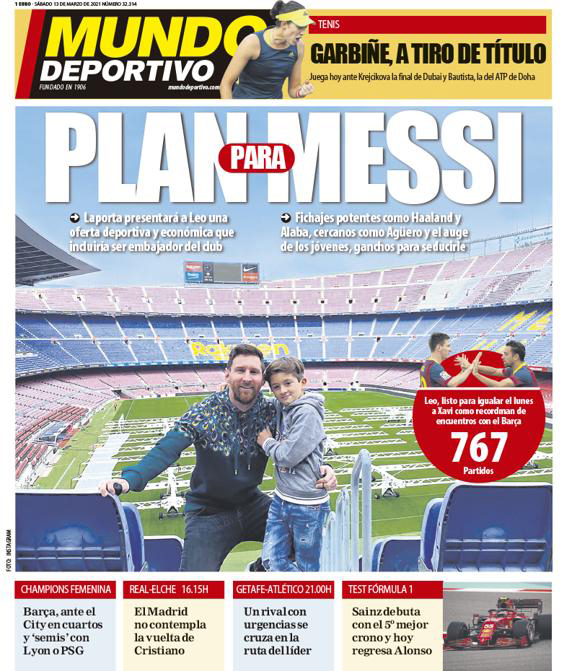 BARCELONA: Plan for Messi - New Barcelona club president Joan Laporta will offer Lionel Messi a new contract offer in the coming weeks that will include him becoming a club ambassador after retirement. Laporta is also set to push ahead with summer moves for David Alaba and Erling Haaland with progress made on an offer for Sergio Aguero.