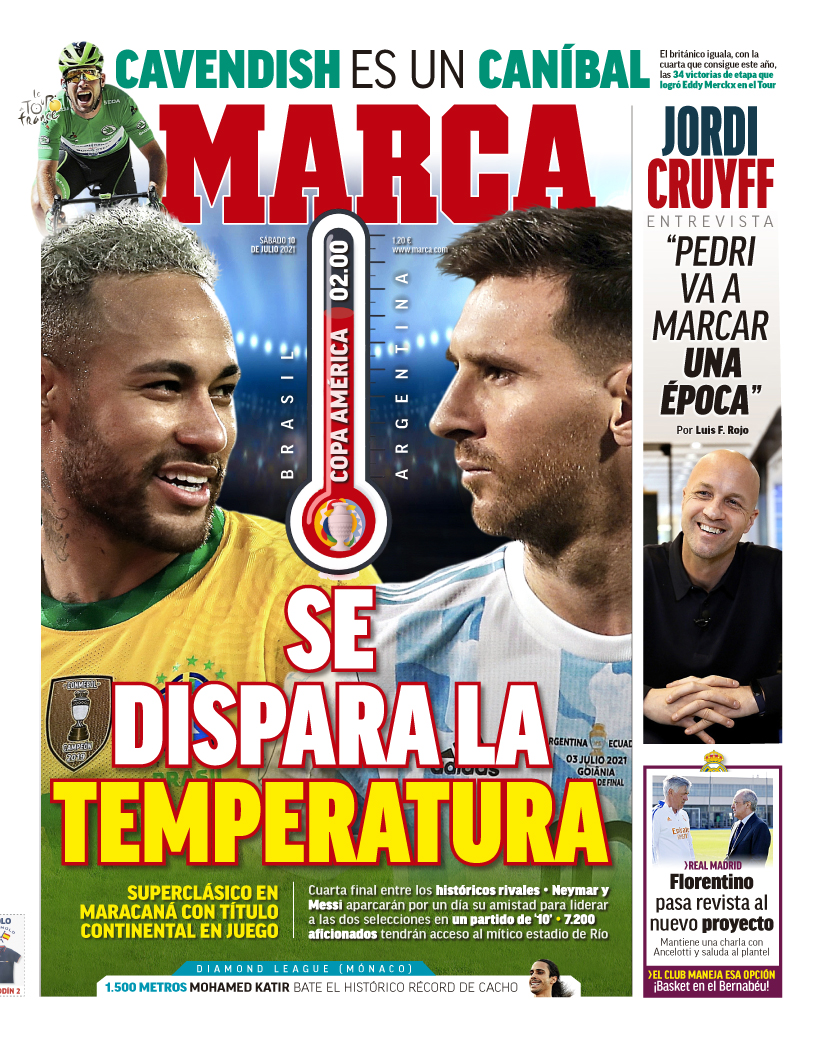 COPA AMERICA: The Temperature Shoots Up - The South American 'Supercopa' kicks off at the Maracana as Brazil take on Argentina. The fourth final between this iconic pair as former teammates Lionel Messi and Neymar go head to head with 7,200 fans expected in the stadium in Rio. 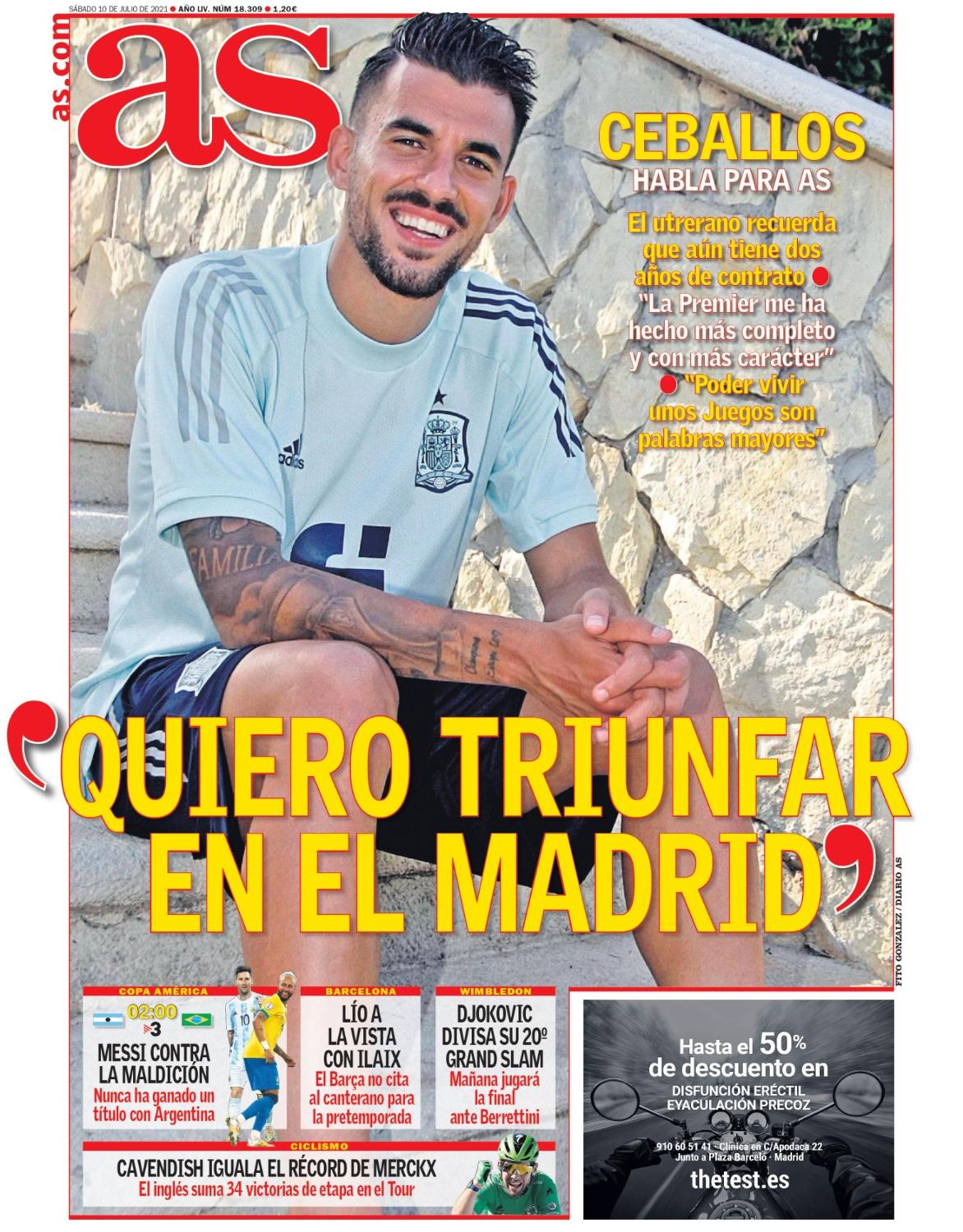 REAL MADRID: Dani Ceballos Interview - 'I want to win things in Madrid'. The Andalucian born star still has two years left on his contract with Los Blancos and he claims his loan spell spell in the Premier League has made he a more complete character but he wants to take his chance in Madrid. 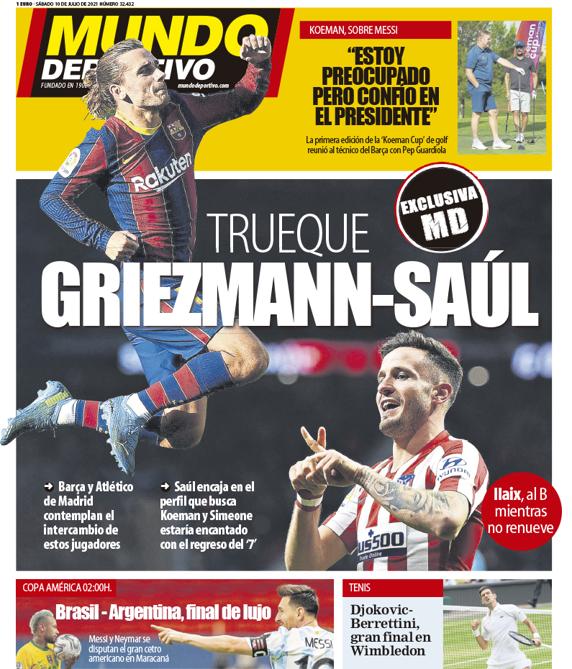 BARCELONA: Barter for Saul-Griezmann. Barcelona and Atletico Madrid are considering a swap deal for Saul Niguez and Antoine Griezmann. Spanish star Saul fits the profile of what Ronald Koeman wants at the Camp Nou and Diego Simeone would be delighted to bring Griezmann back to Madrid.