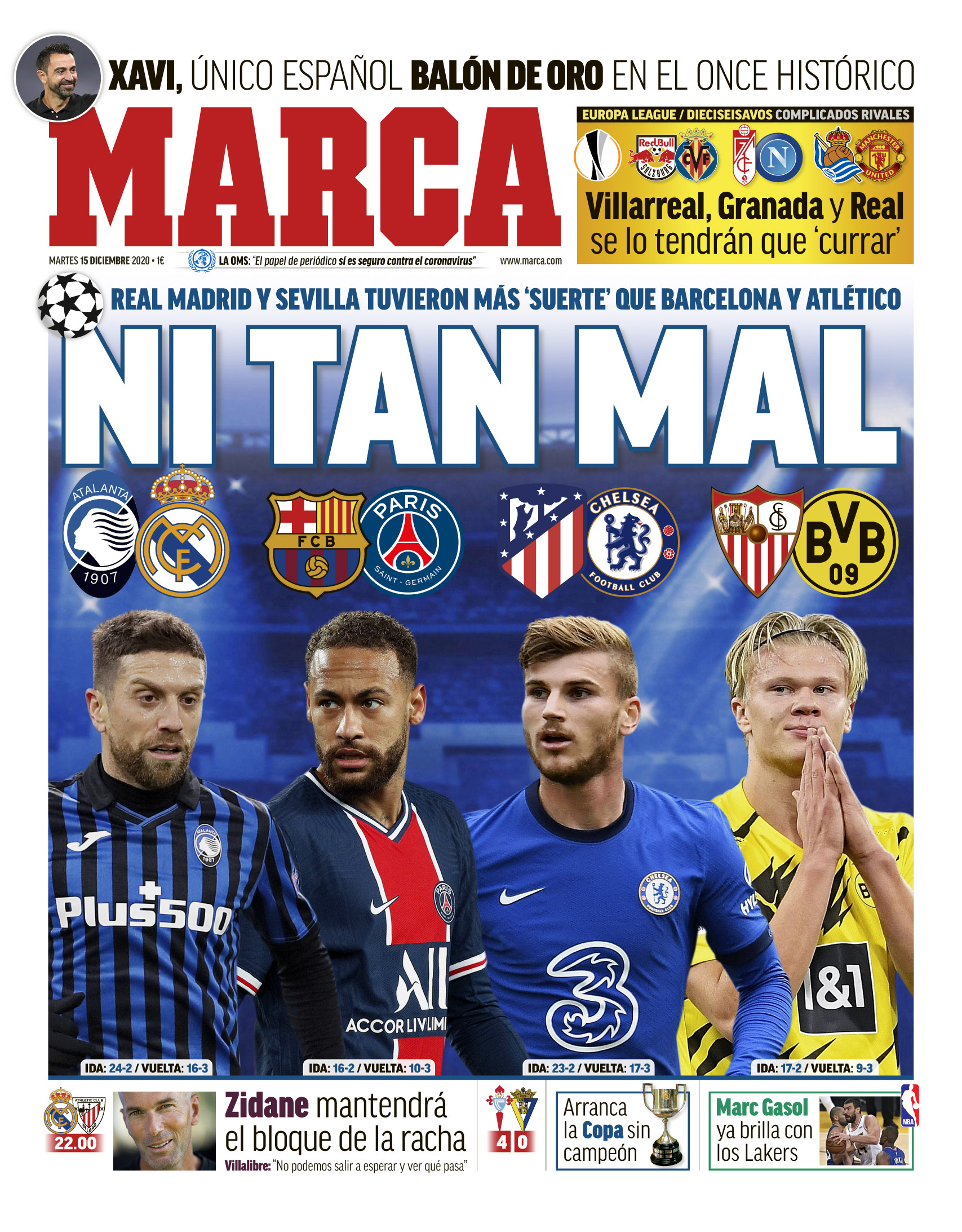 CHAMPIONS LEAGUE: Not Too Bad - Real Madrid and Sevilla have more 'luck' in their Champions League last 16 draw than La Liga rivals Barcelona and Atletico Madrid. Zinedine Zidane's team face Atalanta with Sevilla paired against Borussia Dortmund, with Barcelona and Atletico up against PSG and Chelsea respectively. 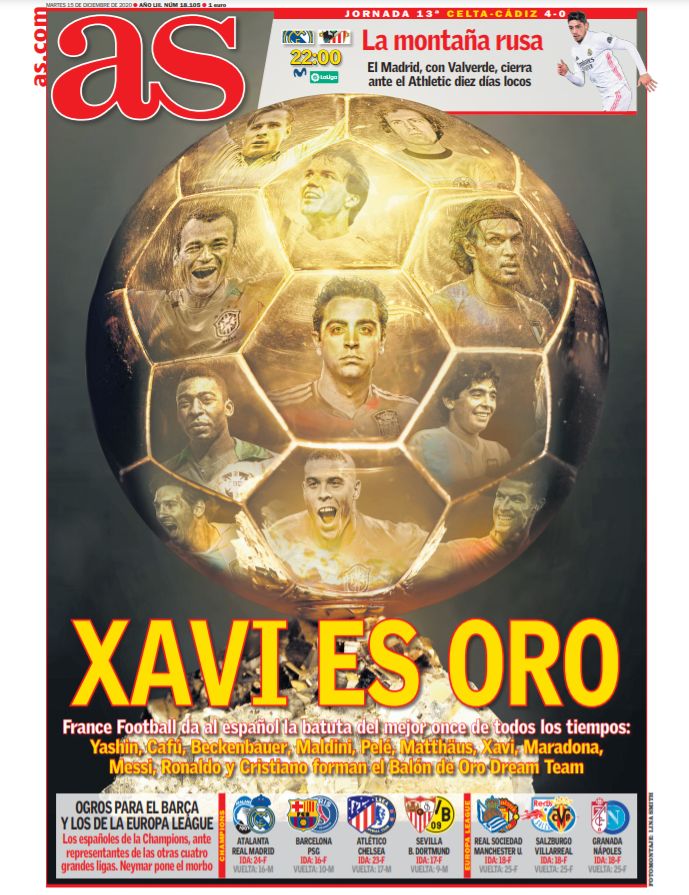 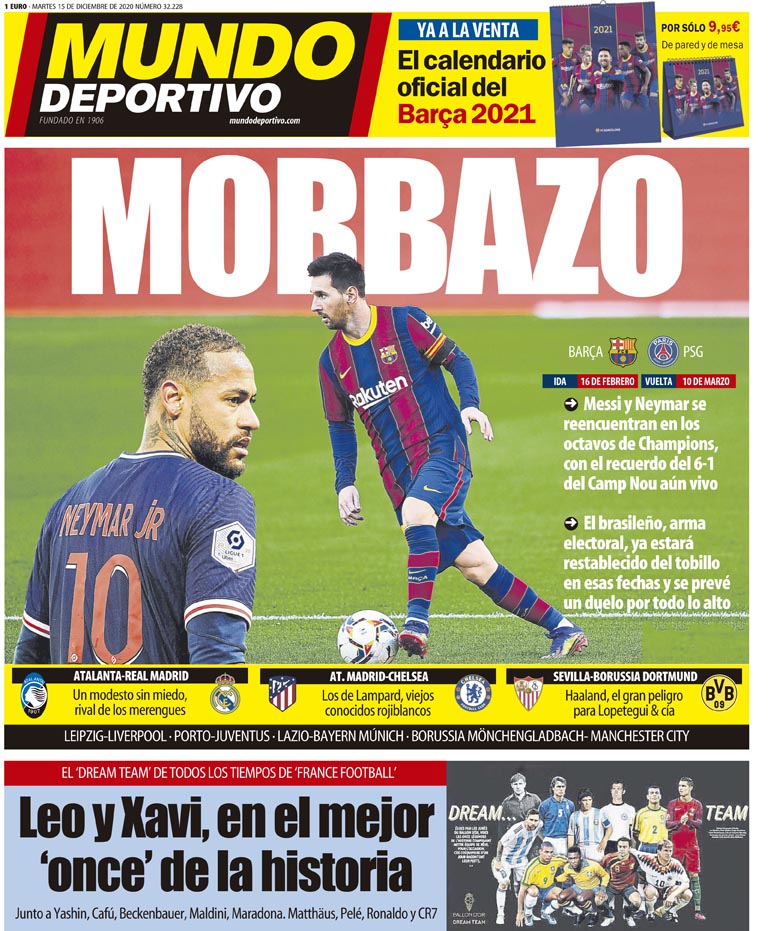 BARCELONA: Curiosity - Lionel Messi and Neymar will meet again in the Champions League last 16 as Barcelona were drawn against PSG for the first time since their 6-1 win in 2017. Neymar has been a key weapon for PSG in the opening weeks of the 2020/21 season and he is expected to recover from an ankle injury to be ready for the first leg in February.