Tuesday’s Front Page Headlines from Marca, Diario AS and Mundo Deportivo, in English!! 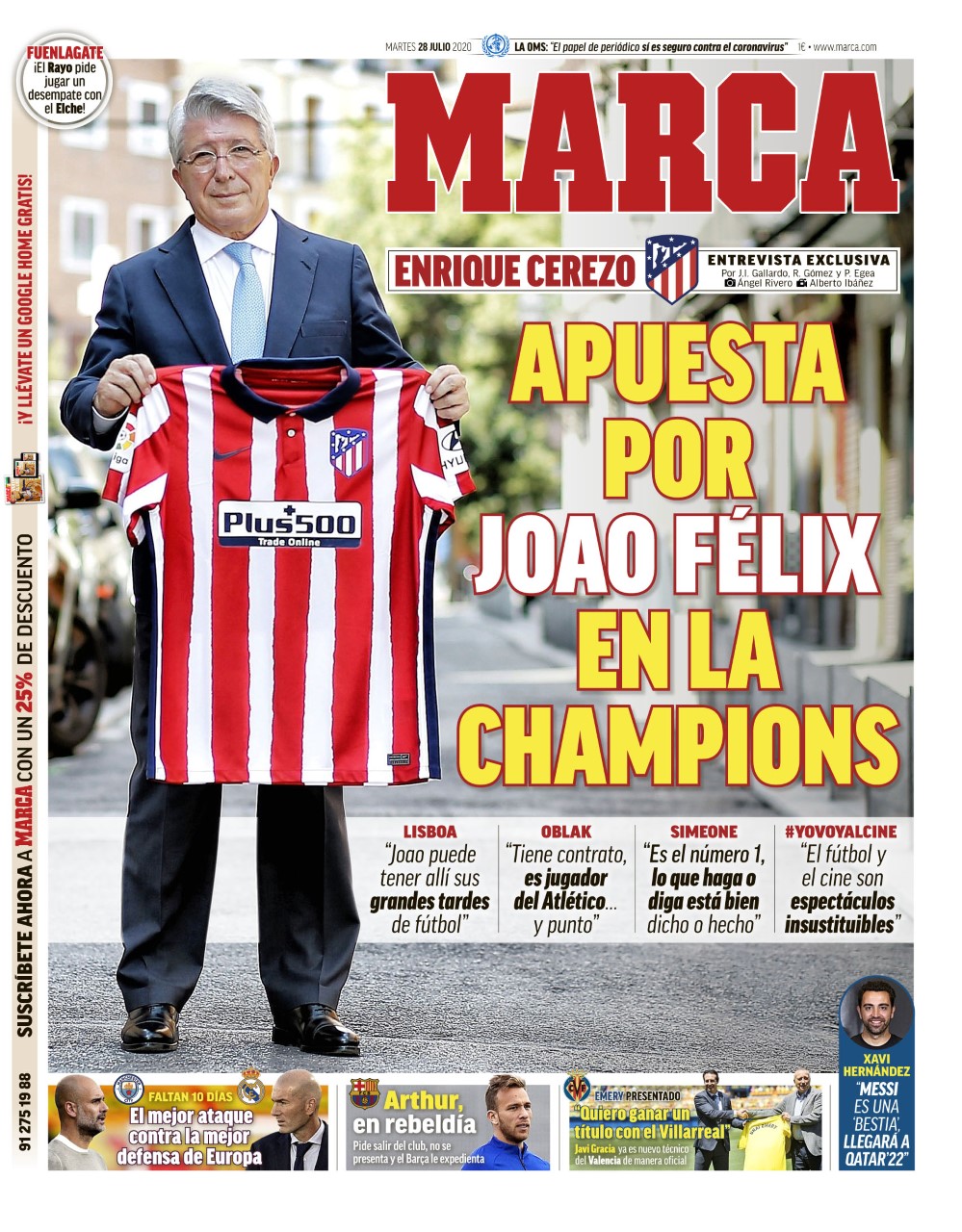 REAL MADRID: The Money is in the Youth - Real Madrid could be in line for a €100m windfall this summer, on the back of selling some of their young stars. Achraf Hakimi has already joined Inter Milan for €40m, with Javi Sanchez heading to Real Valladolid, and Borja Mayoral, Oscar Rodriguez, Mariano Diaz and Sergio Reguilon linked with exits. 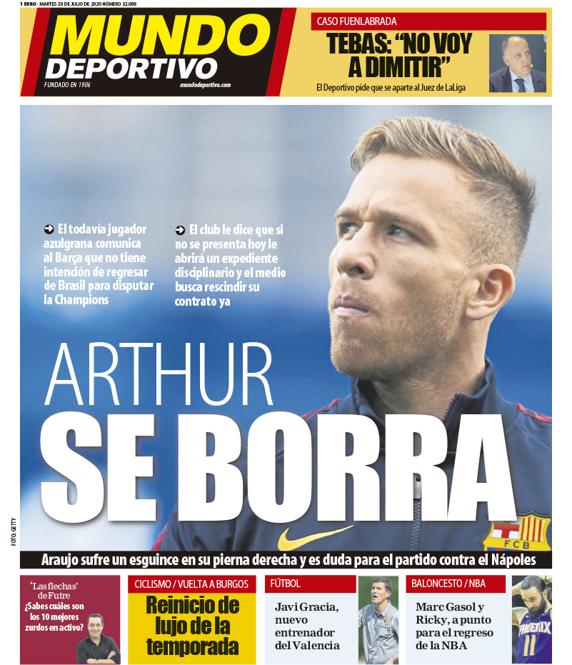 BARCELONA: Arthur Is Erased - Brazilian international Arthur Melo remains a Barcelona player, but he has told the club he has no intention of returning to the club for their Champions League clash with Napoli. The club are set to pursue legal action against him if he does not come back to Spain from Brazil, over an alleged breach of contract ahead of his move to Juventus.