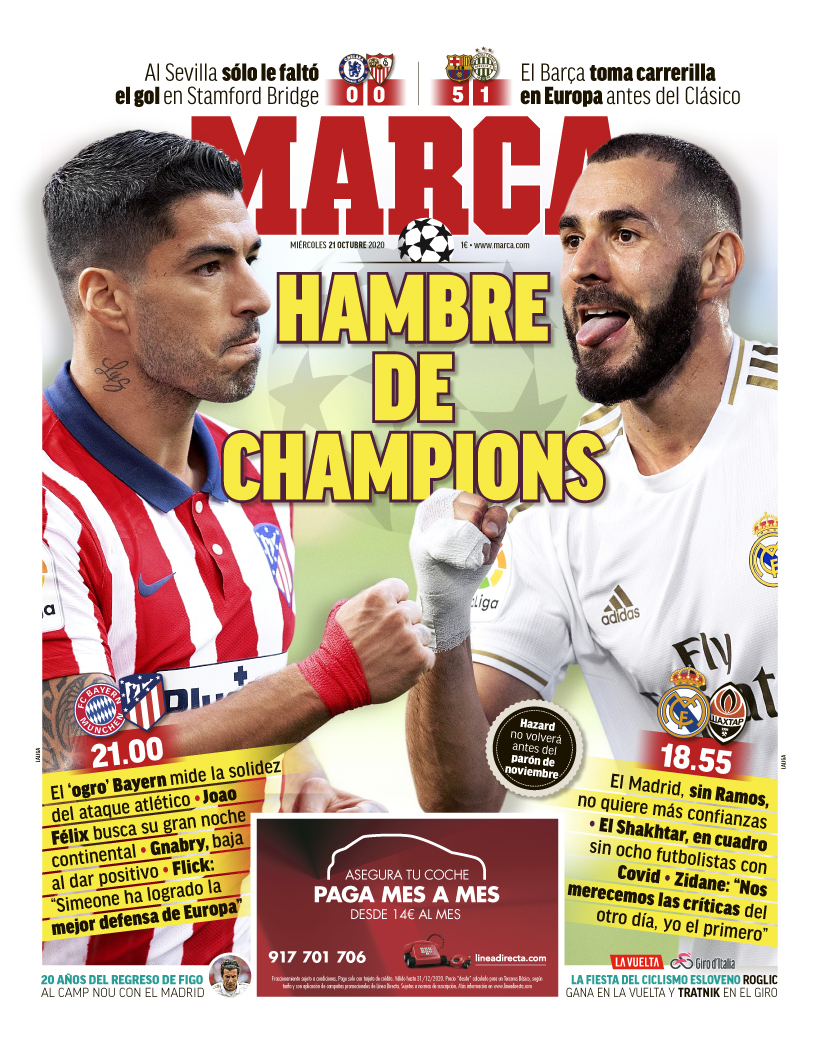 Hunger for the Champions League - Atletico Madrid face the ‘ogre’ Bayern Munich, who will prove a huge test. Gnabry positive for Covid-19, Flick claims Simeone’s side have the best defence in Europe. Real Madrid are without Ramos but are against Shakhtar Donestk who are without eight players due to Covid. Sevilla draw at Stamford Bridge - only without a goal Barcelona gain momentum before El Clasico - they beat Ferencvaros 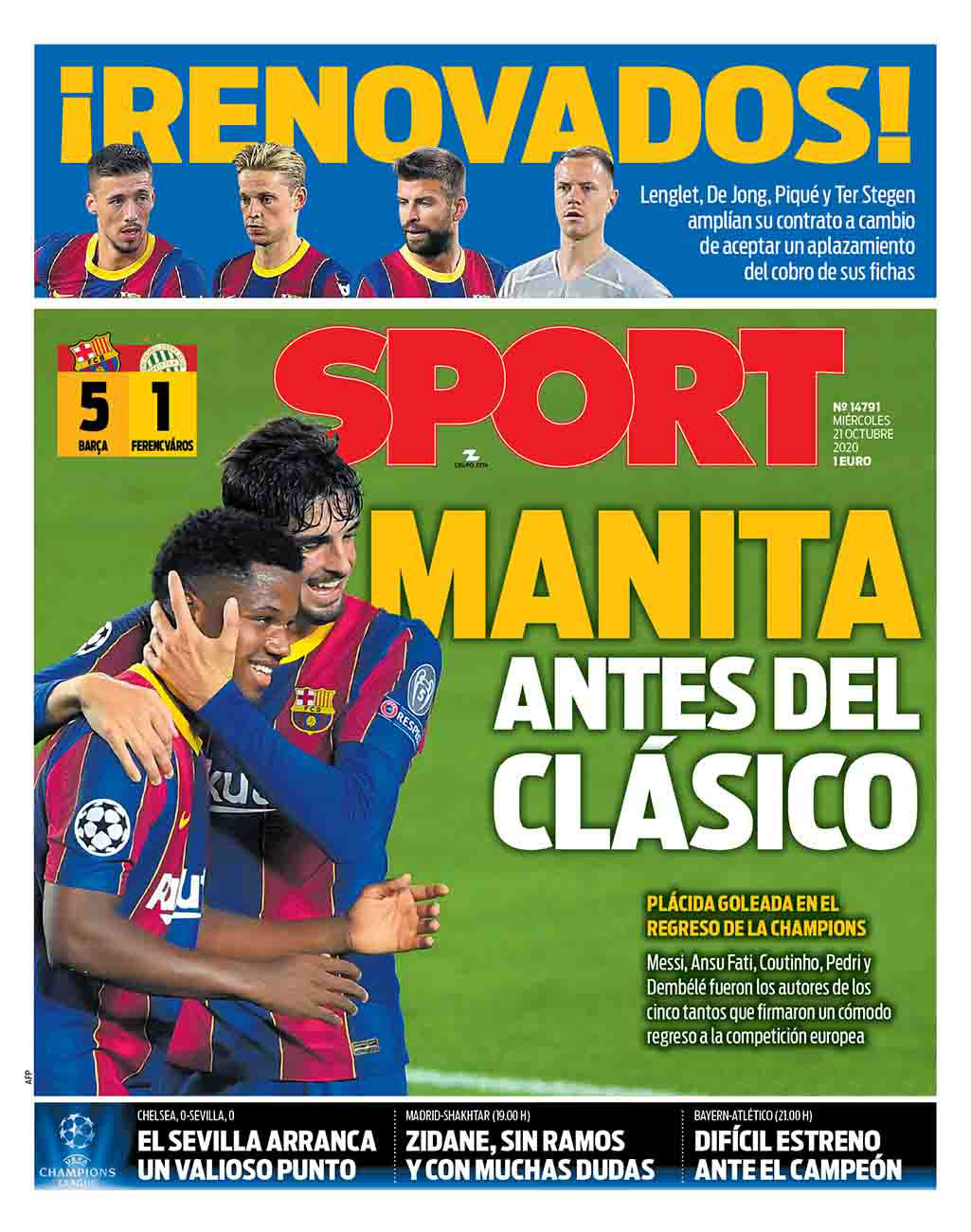 A manita before El Clasico - Comfortable win for Barcelona in their return to the Champions League, Messi, Ansu Fati, Coutinho, Pedri and Dembele were the scorers. Sevilla starts with a valuable point - Chelsea 0-0 Sevilla Zidane, without Ramos, has many doubts - Ahead of Real Madrid against Shakhtar match A difficult start against the champions - Atletico Madrid face Bayern 'Renewed!' - Lenglet, De Jong, Piqué and Ter Stegen extend their contracts in exchange for accepting a postponement of their increased salaries. 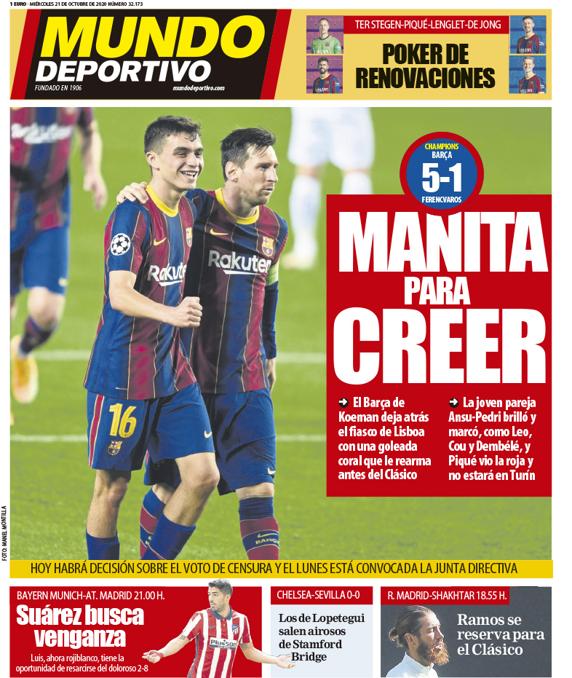 A manita for believing - Koeman’s Barcelona forget about the farce of Lisbon with a 5-1 win over Ferencvaros, the youngsters of Ansu Fati and Pedri shine, with Messi, Dembele and Coutinho also scoring. Pique sent off and suspended for Turin Four renovations - Ter Stegen, Pique, De Jong, Lenglet Suarez looks for revenge - Plays for Atleti against Bayern, after 8-2 loss Chelsea 0-0 Sevilla - Julen Lopetegui’s side leave their mark Ramos saved for El Clásico - misses game against Shakhtar Donestk