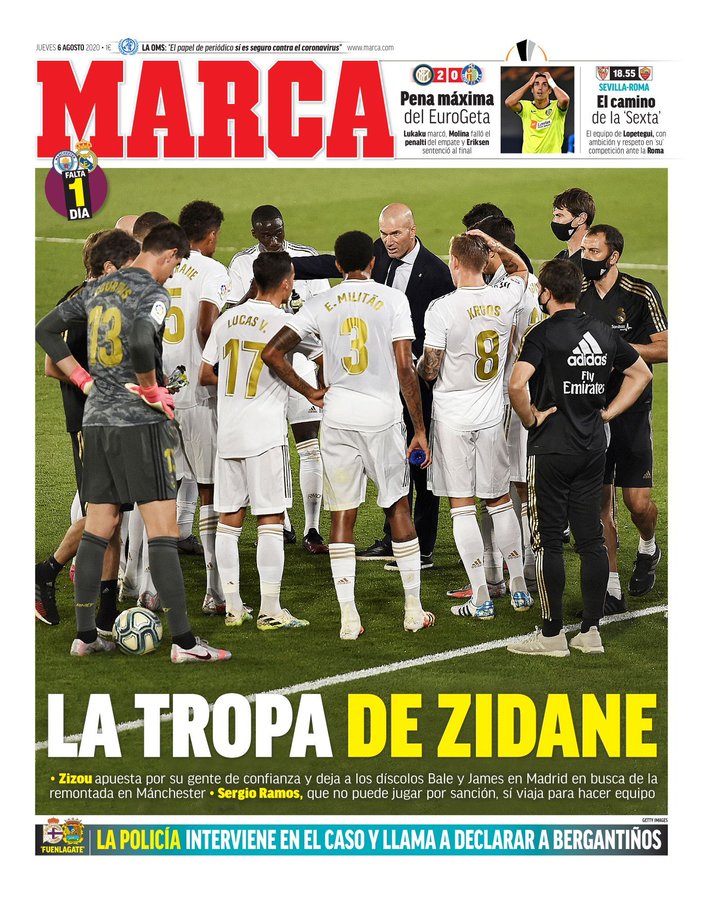 Zidane’s soldiers - the Frenchman backs his players to turn around tie in Manchester and has excluded Bale and James from 24-man squad. Sergio Ramos, who is suspended for the tie, travels with the team Maximum pain for EuroGeta - Getafe out of Europa League with 2-0 loss at Inter as Molina misses penalty The path to the sixth - Sevilla look to continue Europa League success with game against Roma Police intervene in Fuenlagate 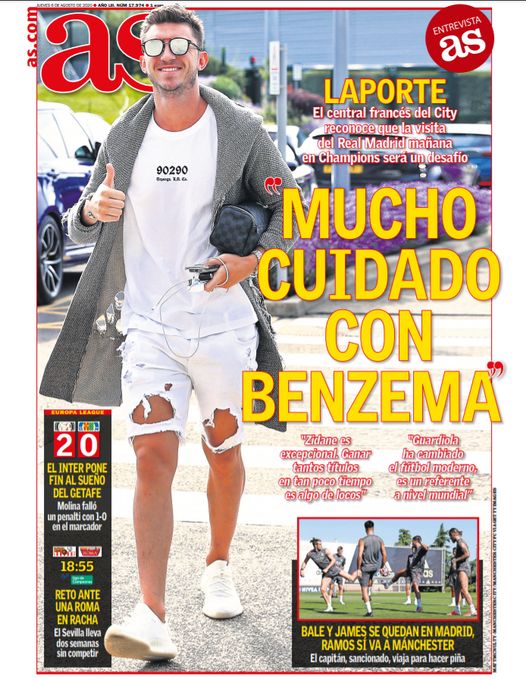 “Be very careful with Benzema” - Laporte recognizes the challenge of playing Real Madrid in the Champions League. Speaks of admiration for both Zidane and Guardiola and the successes they have enjoyed Bale and James not going to Manchester, Ramos travels - the captain, who is suspended, wants to be a motivator Inter end Getafe’s European hopes - Molina misses a penalty at 1-0 A challenge against in-form Roma 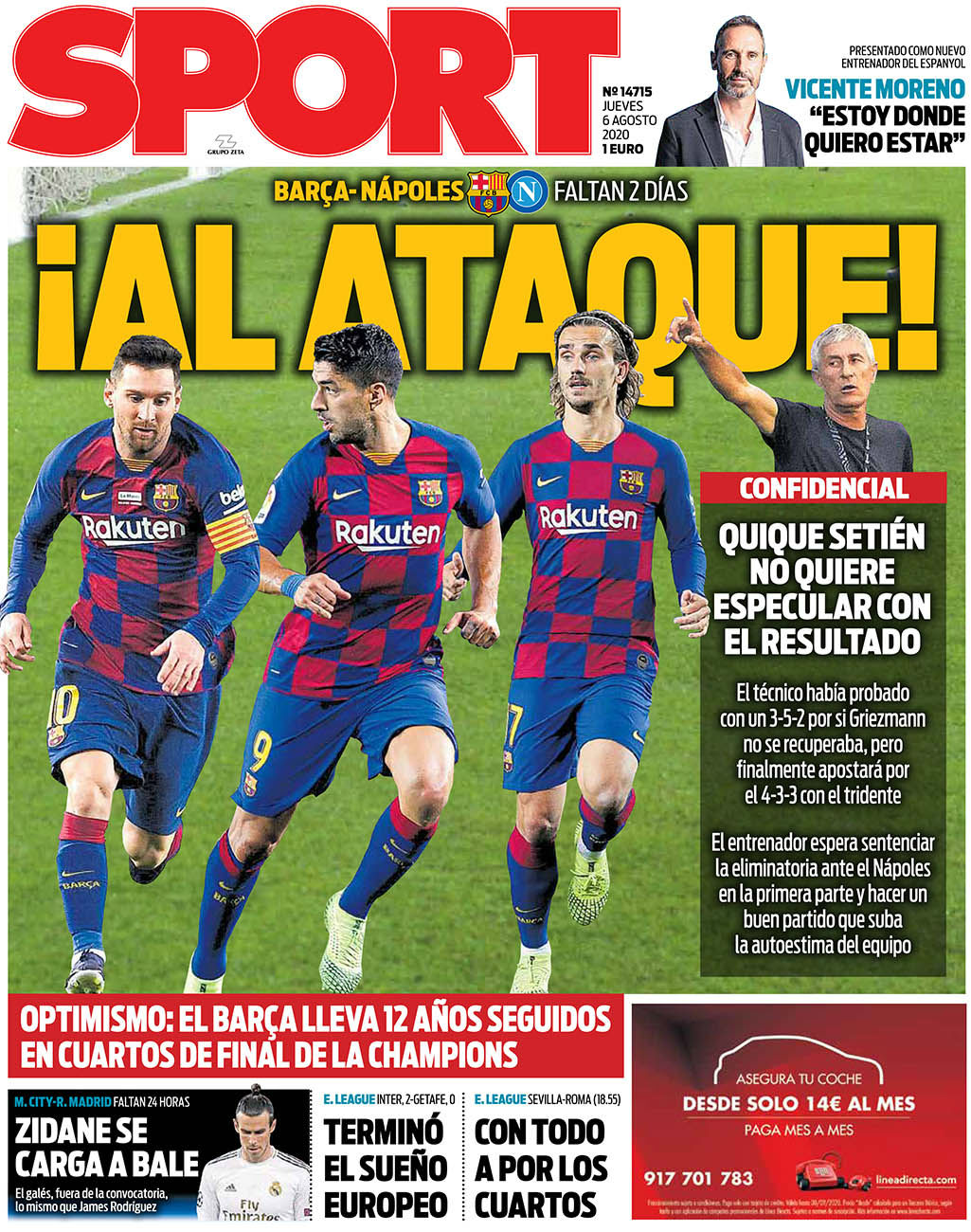 Attack! - Only two days left ahead of Barça v Napoli.  Quique Setién does not want to speculate with the outcome. The coach had tried a 3-5-2 in case Griezmann did not recover from injury, but finally he will opt for the 4-3-3 with the trident. The coach hopes to define the tie against Napoli in the first half and play a good game that will raise the team's self-esteem. Barça has been in the quarter finals of the Champions League for 12 years in a row. Zidane dispenses with Bale - Welshman not included in 24-man squad for Man City game, neither is James Rodriguez End of a dream - Getafe out of the Europa League with Inter defeat With everything to qualify for the quarters - Sevilla take on Roma New Espanyol boss Vicente Moreno - “I am where I want to be”