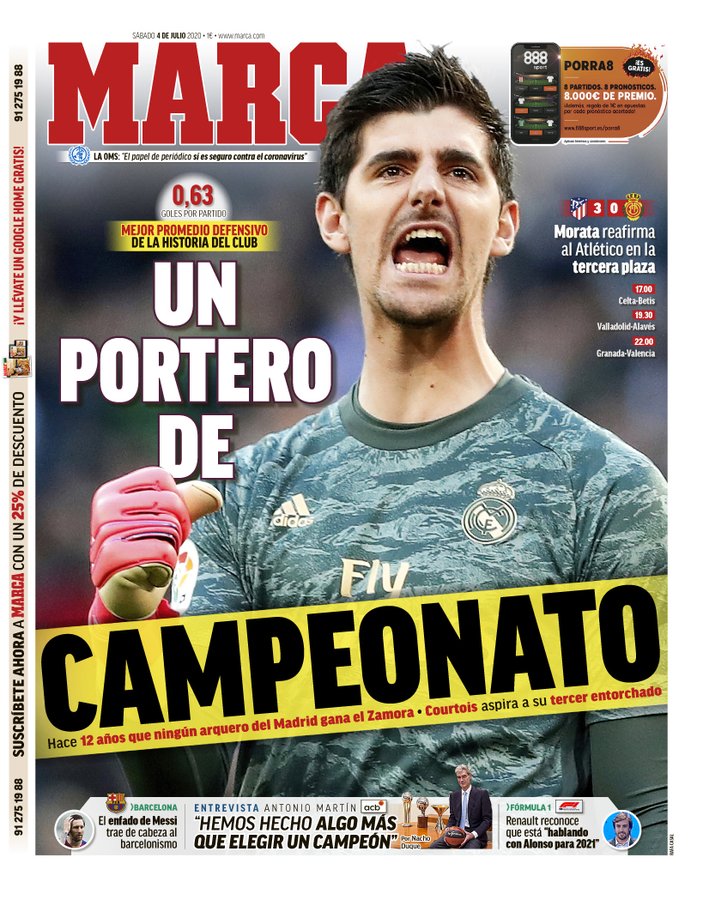 A goalkeeper for the title - It has been 12 years since a Real Madrid goalkeeper has won the Zamora award (fewest goals conceded) but Thibaut Courtois is worthy of his third crown. Real Madrid are only conceding 0.63 goals per game - the best defensive record in the history of the club. Atletico Madrid - Alvaro Morata double re-established Atleti in third place Barcelona - Messi’s anger goes to the top of the club 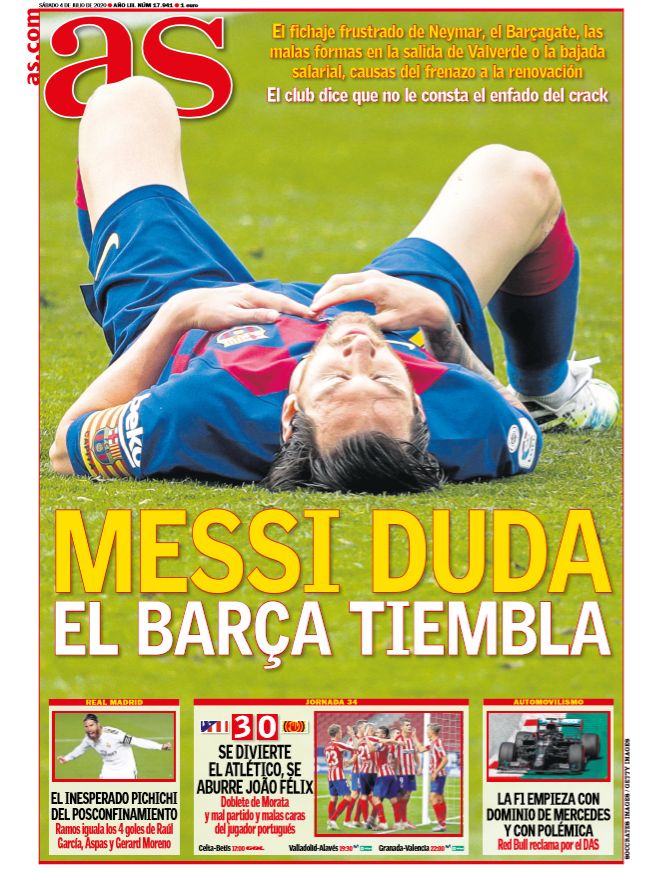 Messi doubts and Barcelona tremble - frustration on signing Neymar, Barcagate, the bad manner of the sacking of Ernesto Valverde, the debate over a contract extension all lead to Messi’s doubts at the club. The club insist the star is not angry. The unexpected Pichichi (top scorer) after confinement - Sergio Ramos on four goals since the break, the same as Raul Garcia, Aspas and Moreno Atletico have fun but a bad game for Joao Felix 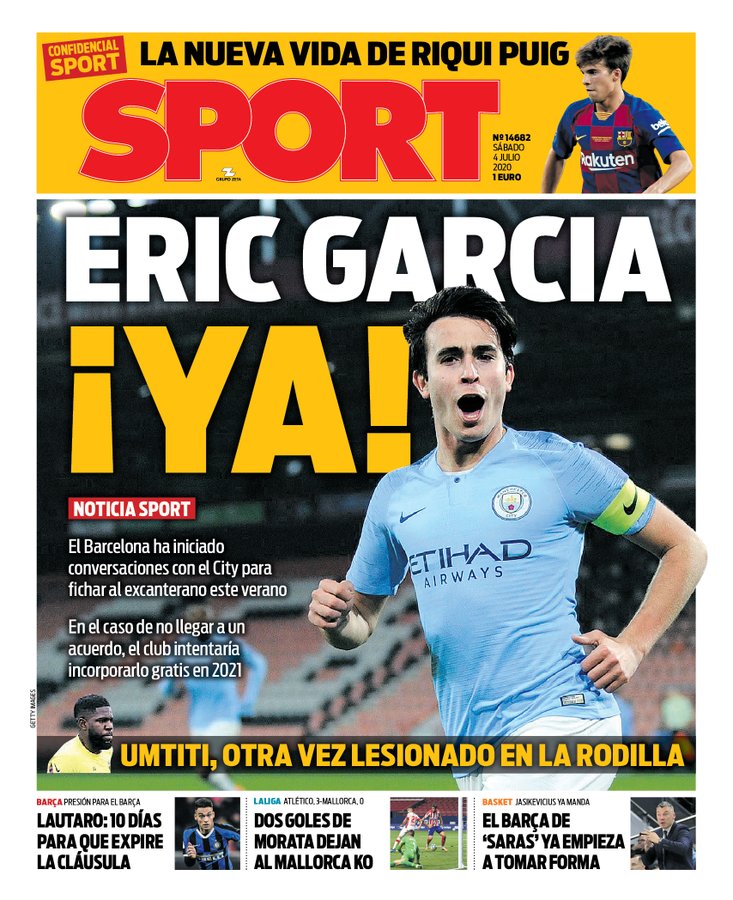 Eric Garcia, now - Barcelona have already opened negotiations with Manchester City to sign their former youth player this summer, if no agreement is reached the Catalan club will then look to sign him as a free agent next summer Samuel Umtiti - injured with another knee injury Riqui Puig - the midfielder’s new life Lautaro Martinez - 10 days until his Inter clause expires Atletico Madrid - two goals from Alvaro Morata KO’s Real Mallorca