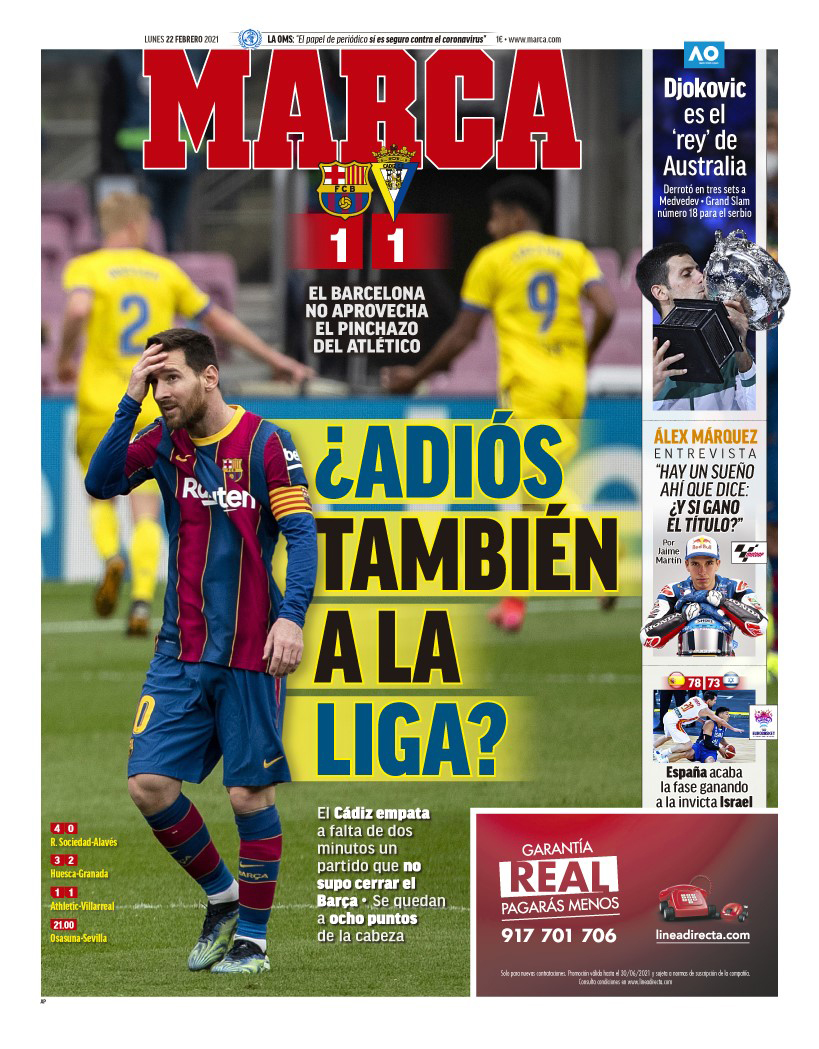 BARCELONA: Goodbye also to the League? Barcelona fail to take advantage of Atletico Madrid's stumble against Levante. Ronald Koeman's side slipped to a late 1-1 draw at home to Cadiz, as Alex Fernandez netted an 89th minute equaliser. That result leaves them eight points behind Diego Simeone's league leaders. 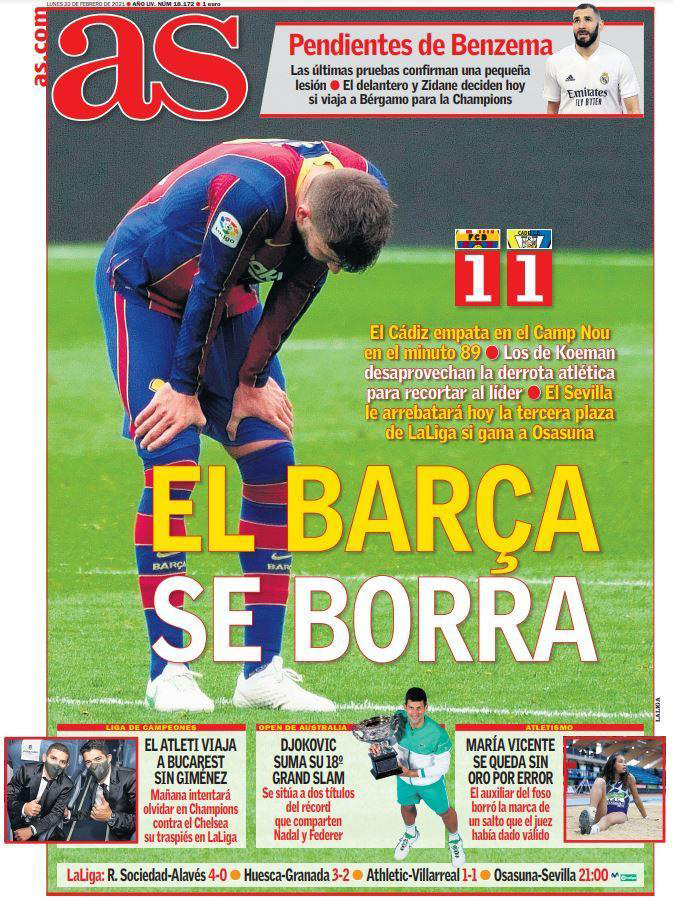 BARCELONA: Barcelona bring themselves down - Cadiz stole an 89th minute equaliser to seal a 1-1 draw at the Camp Nou. Ronald Koeman's side were unable to close the gap on leaders Atletico Madrid, with a new eight point margin between them. Sevilla will edge ahead of them if they beat Osasuna. 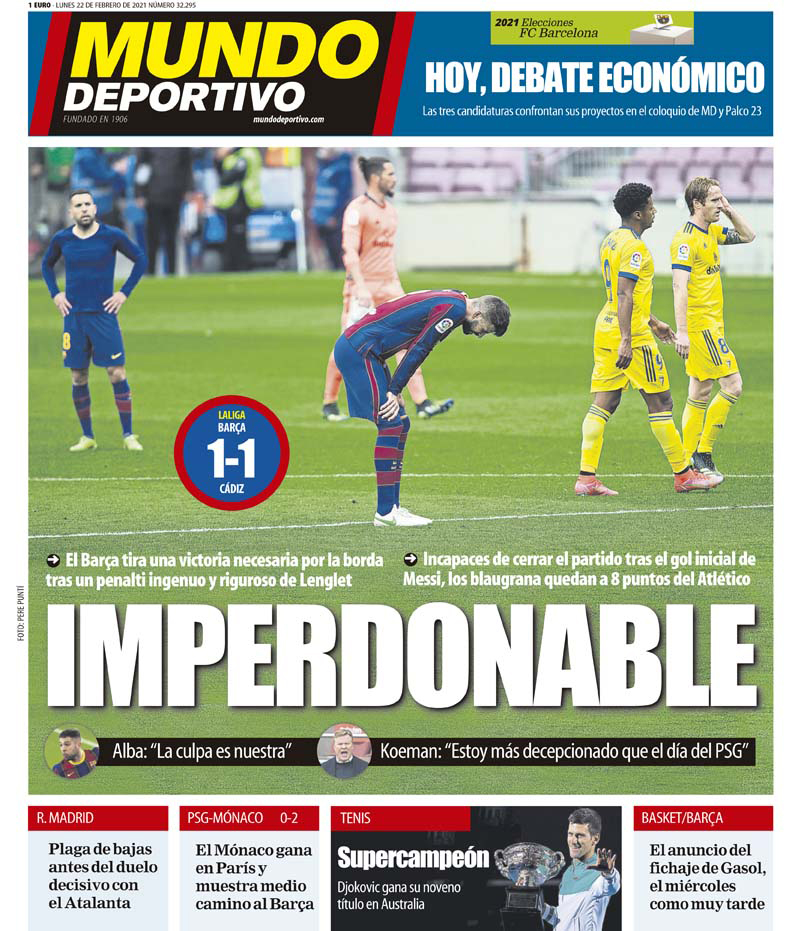 BARCELONA: Unforgiveable - Barcelona wasted a necessary victory as they were held to a 1-1 draw with Cadiz as Clement Lenglet conceded a naïve late penalty. La Blaugrana were unable to close out the win, despite Messi's first half penalty, and they end the weekend eight points behind Atletico Madrid.