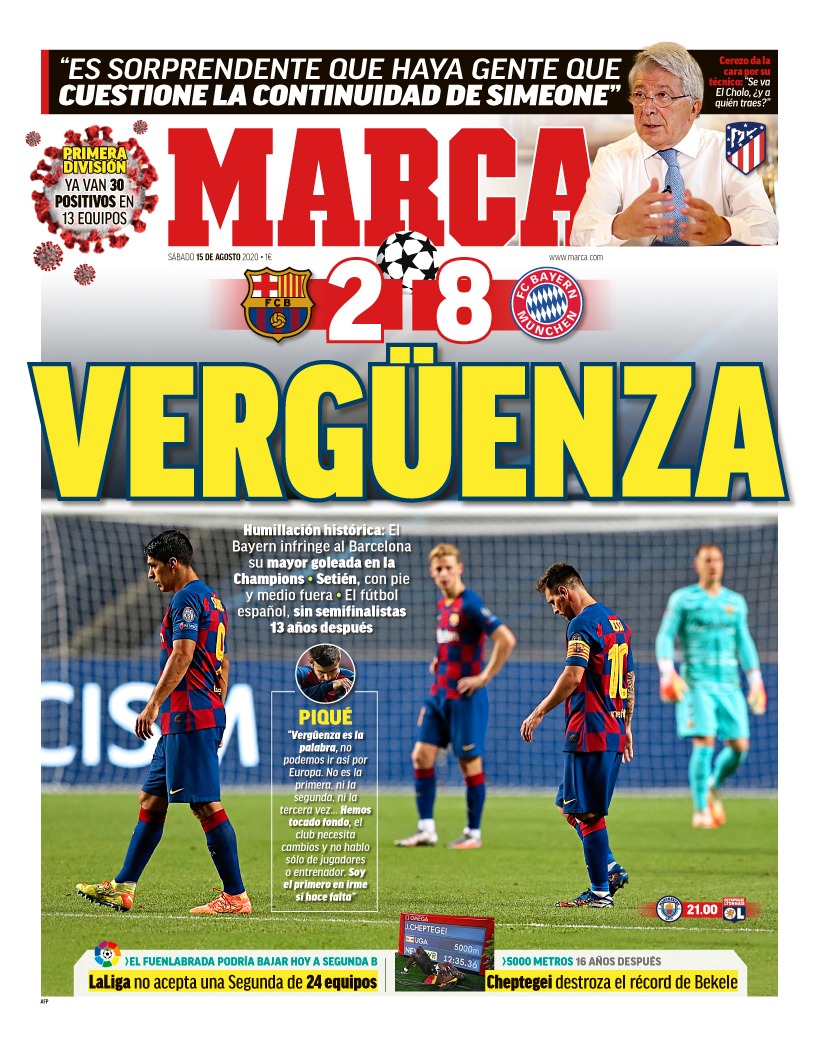 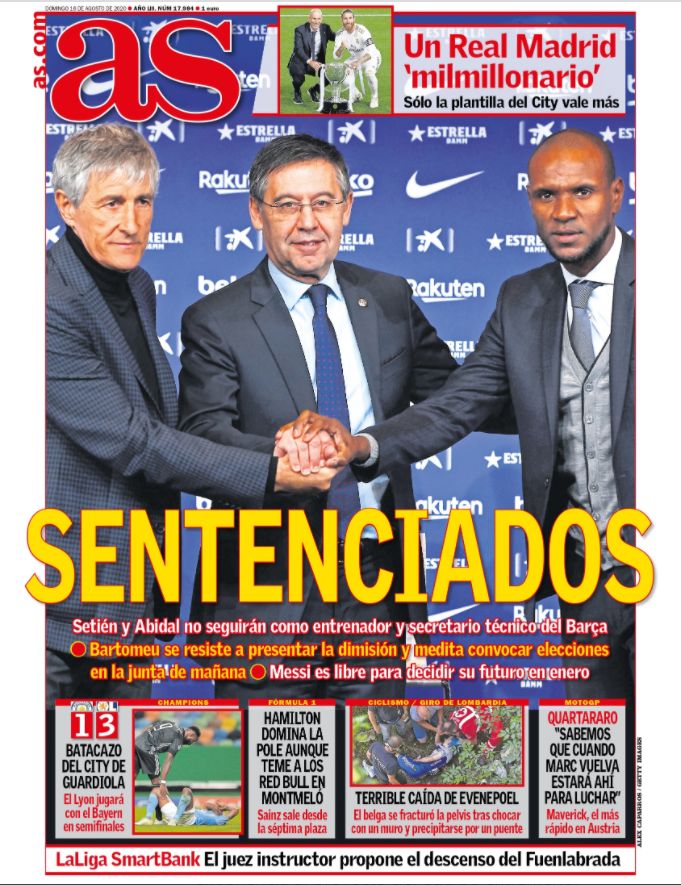 BARCELONA: Historical Humiliation - A disaster for Barcelona as they lose against Bayern Munich with an 8-2 defeat against the Bundesliga giants. The defeat in Lisbon could provoke a reaction within the club that will effect every level of the Catalan giants, wit major changes expected. 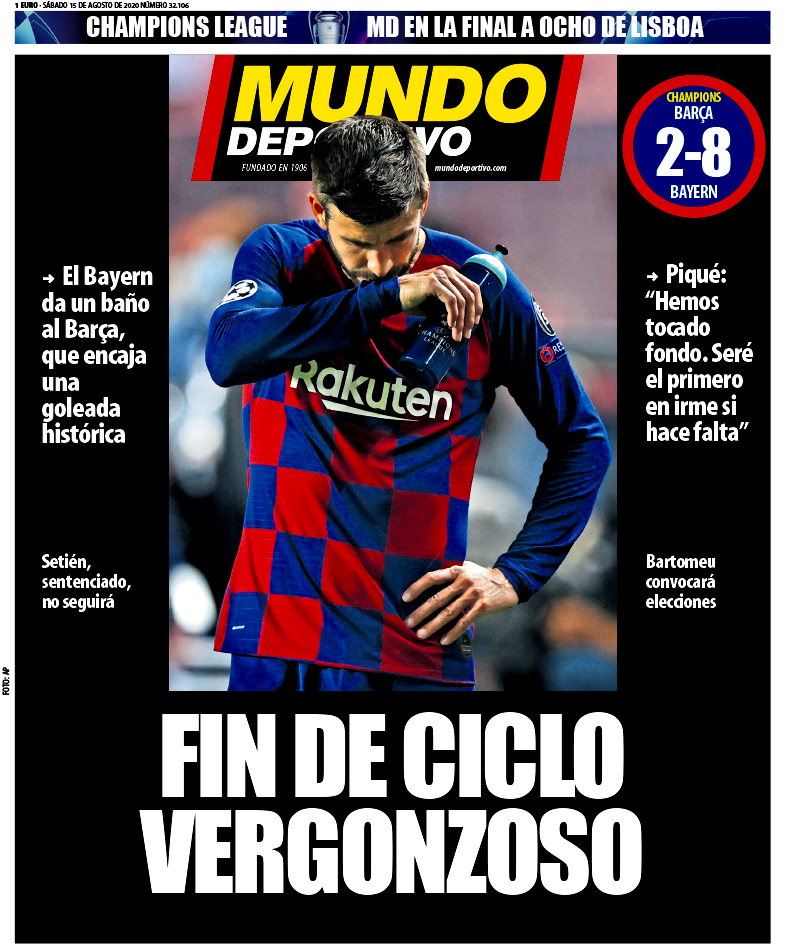 BARCELONA: The End of Embarrassing Cycle - Bayern humiliate Barcelona in incredible Champions League defeat in Lisbon. Quique Setien has no security over his future at the club. Bartomeu will no call for club elections. Pique - We have hit rock bottom with this result, and I will be the first one to leave the club if needed in the future.