Today’s Spanish Papers: Barcelona have no margin for error as they welcome in-form Atletico Madrid 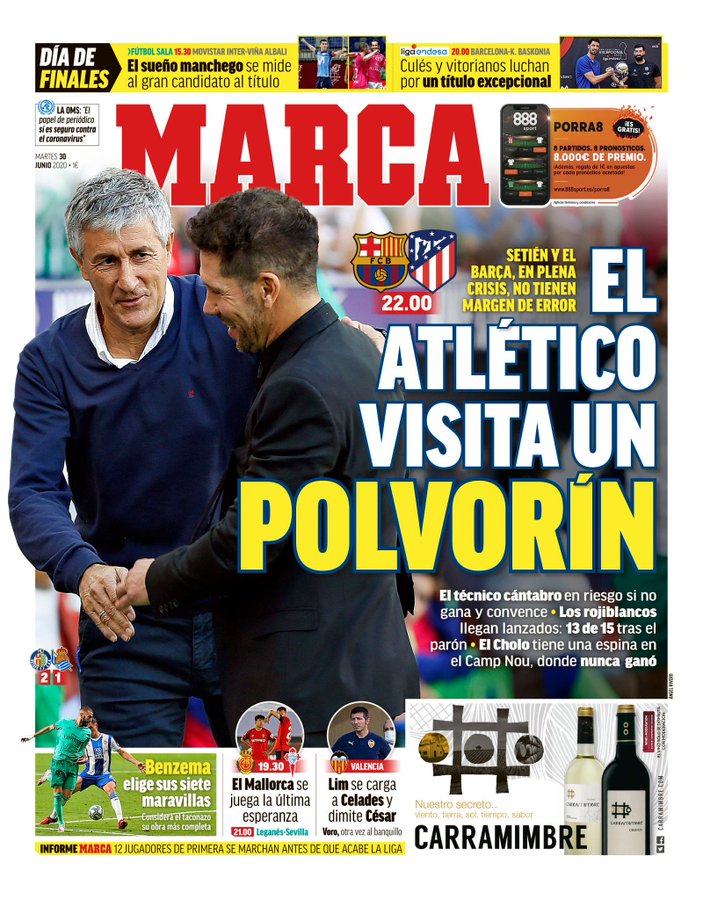 Atletico to play a ticking time bomb, Setien and Barcelona in full crisis, they don't have margin for error - there is huge risk if they do not win or convince in their performance, Atleti are in good form with 13 points from last 15 but Simeone has never won at the Camp Nou, Benzema selects his seven wonders, Mallorca running out of chances, Peter Lim sacks Albert Celades and Cesar leaves 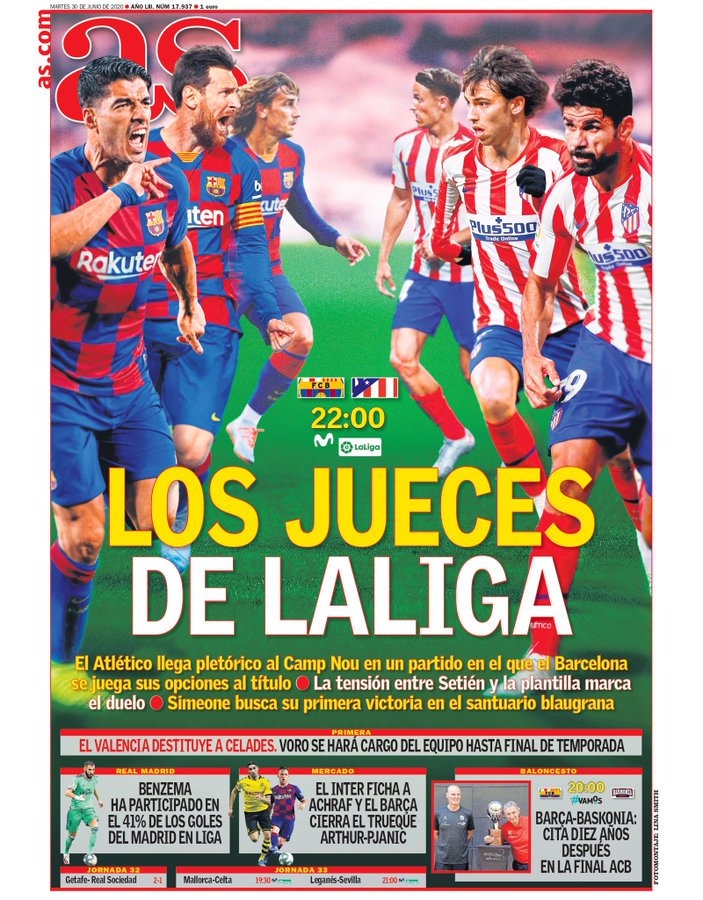 The judges of La Liga - an Atletico in great form arrive at the Camp Nou while Barca are thinking of the title slipping away, the tension between Setien and the team overshadows the game, Simeone looks for his first victory in the home of Barcelona Valencia sack Celades, Voro returns to the hotseat until the end of the season Benzema has played a hand in 41 percent of Madrid's goals in La Liga this season Transfers - Inter sign Achraf, Barcelona and Juventus complete Pjanic and Arthur swap deal 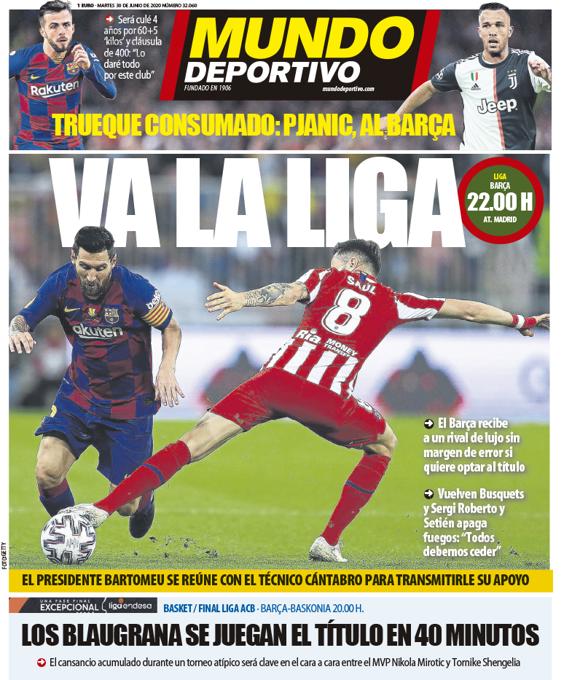 La Liga is going - Barcelona welcome Atletico Madrid and do not have any margin for error if they want to win the title, Busquets and Sergi Roberto return, and Setien says: "We all have to give in (the argument)" Bartomeu meets with Setien to give him the board's support Swap deal completed - Pjanic and Arthur Melo swap Juventus for Barcelona