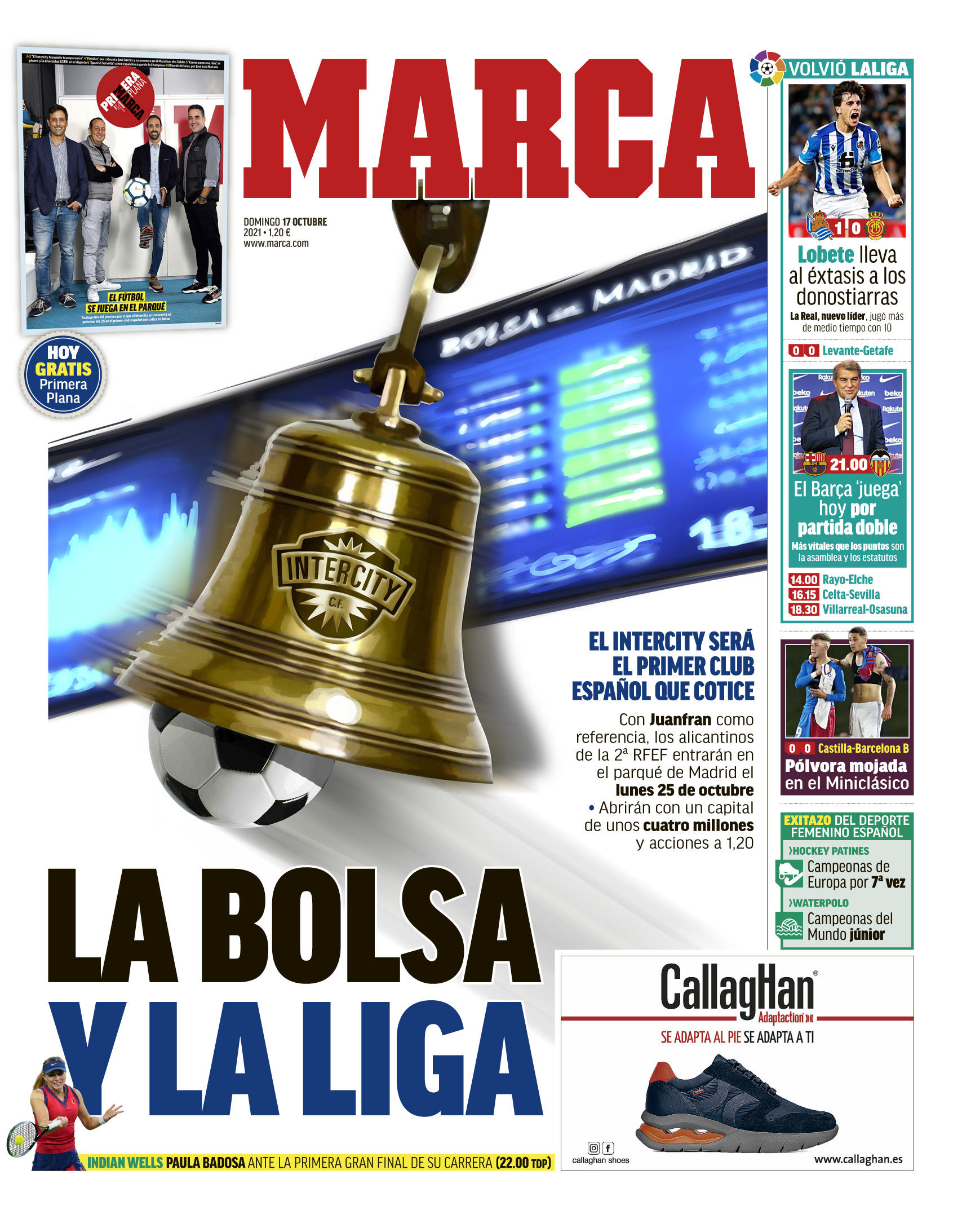 LA LIGA: The Stock Market of La Liga - Former Atletico Madrid star Juanfran Torres has confirmed via his role as director of lower league side Inter City FC, the club will become the first Spanish club to be registered on the stock market later this month. 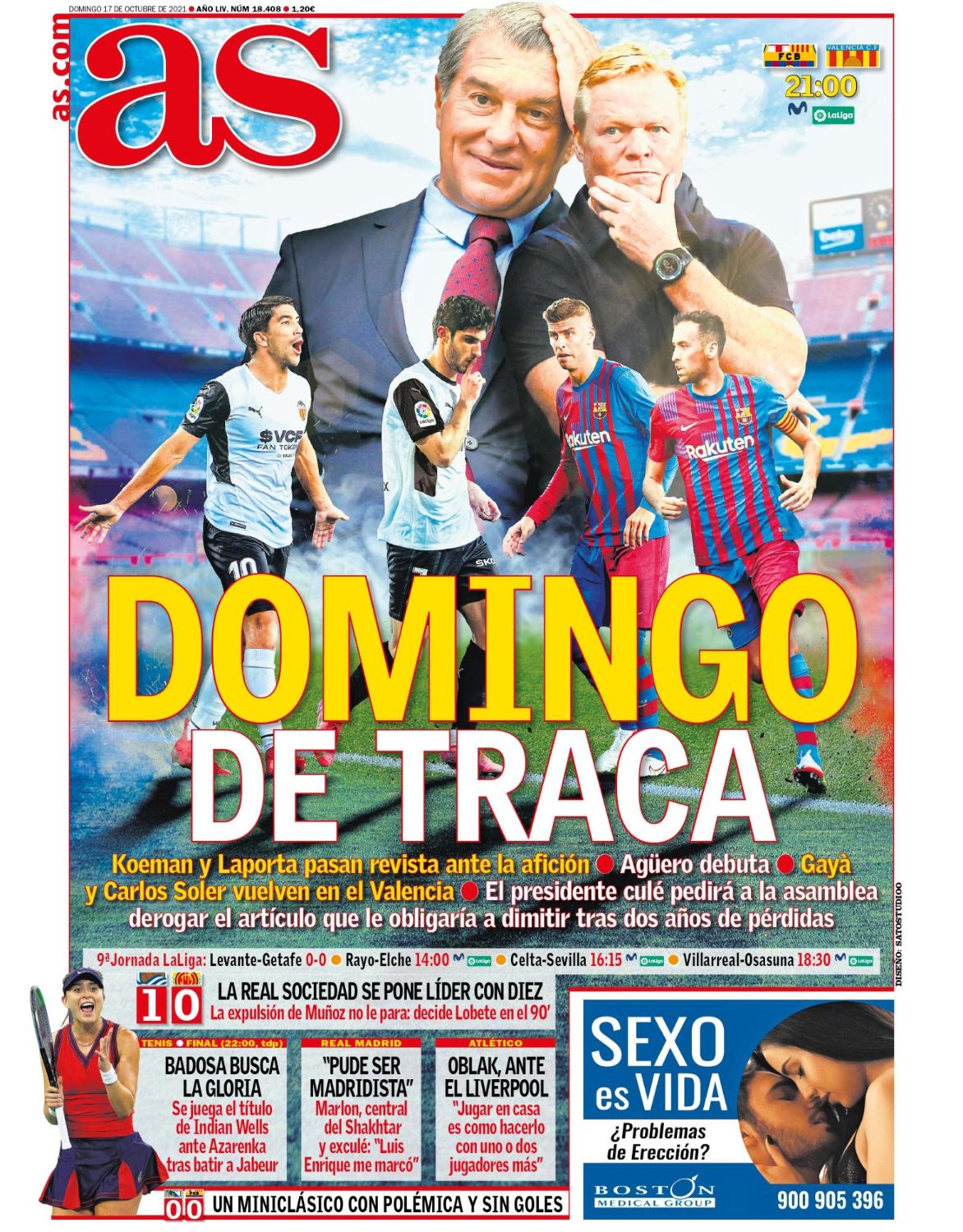 BARCELONA: Sunday Fireworks - Ronald Koeman and Joan Laporta face the home fans at the Camp Nou this weekend with Sergio Aguero set for his club debut against Valencia. Jose Luis Gaya and Carlos Soler both return for the visitors. 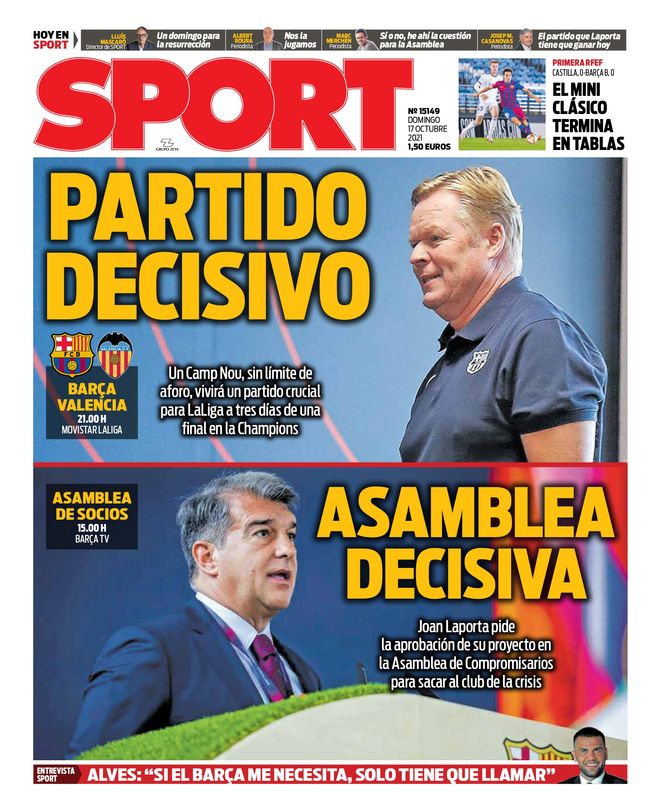 BARCELONA: Decisive Game - The Camp Nou will host a limited number of fans this weekend as they play host to Valencia. Ronald Koeman faces a crucial clash with Los Che with a quick three fay turnaround before their Champions League meeting with Dynamo Kyiv. BARCELONA: Decisive Assembly - Joan Laporta will ask for approval of the La Blaugrana board of delegates for his new project at the club in next week's crunch meeting.