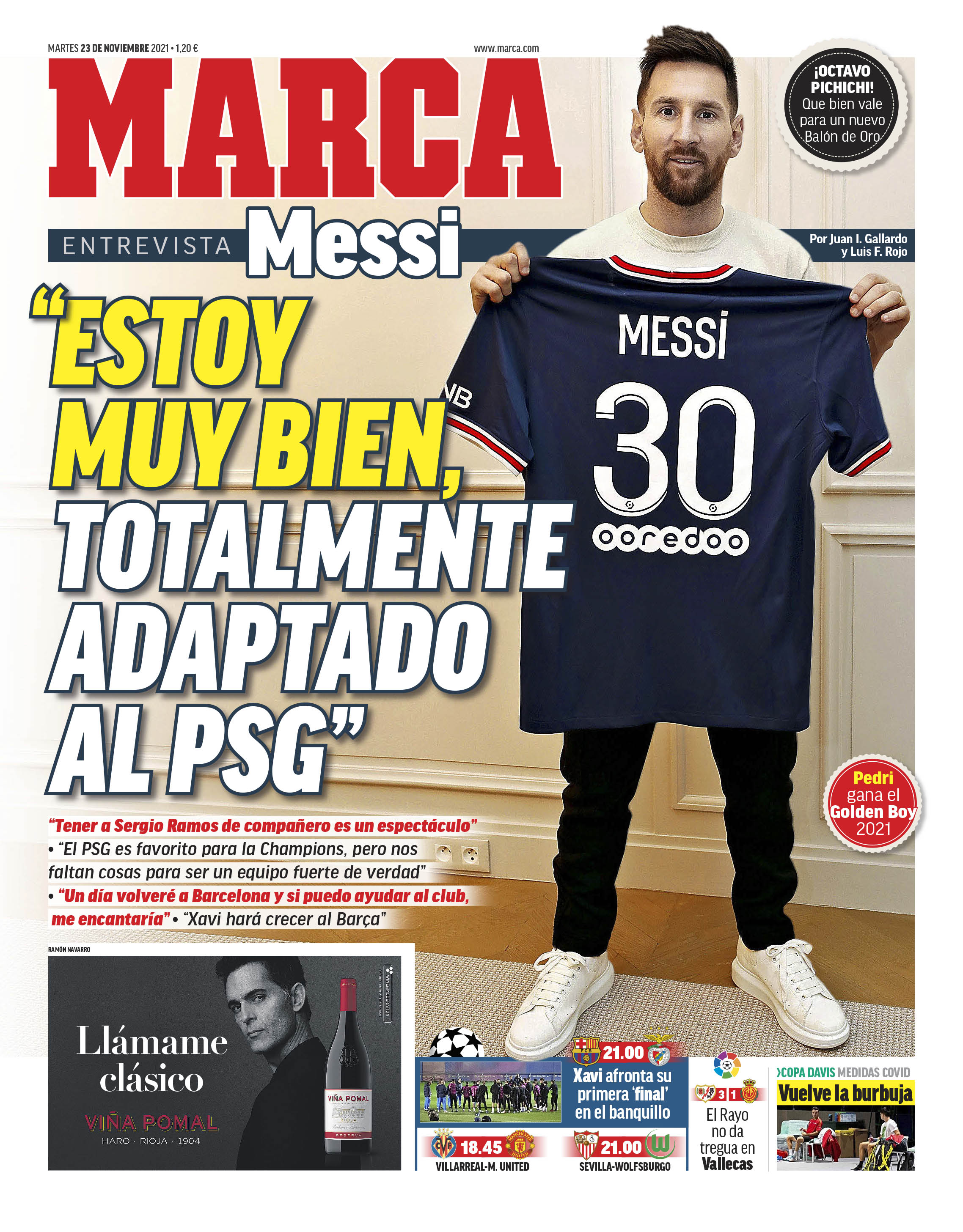 LIONEL MESSI: 'I am very good and I have totally adapted to PSG'. Messi claims in an exclusive interview with Marca that it is a great honour to have Sergio Ramos as a teammate, tips PSG as favourites to win the Champions League and hints that one day he will return to Barcelona with Xavi the right choice to lead Barcelona. 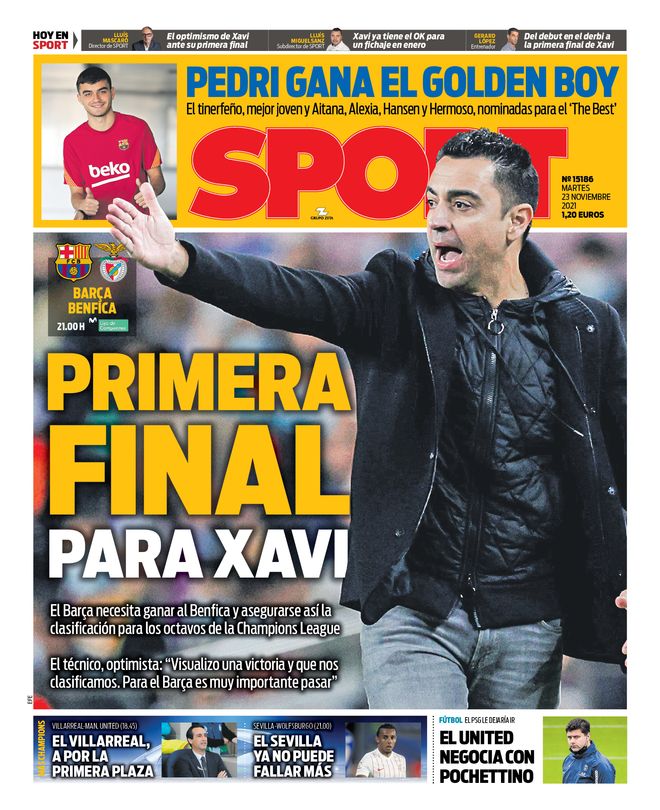 BARCELONA: Xavi's First Final - Barcelona need to secure a win against Benfica to secure their place in the Champions League last 16 in 2022. Xavi is confident ahead of his European bow stating his side need to visualise winning and sealing a vital place in the knockout rounds in 2022. 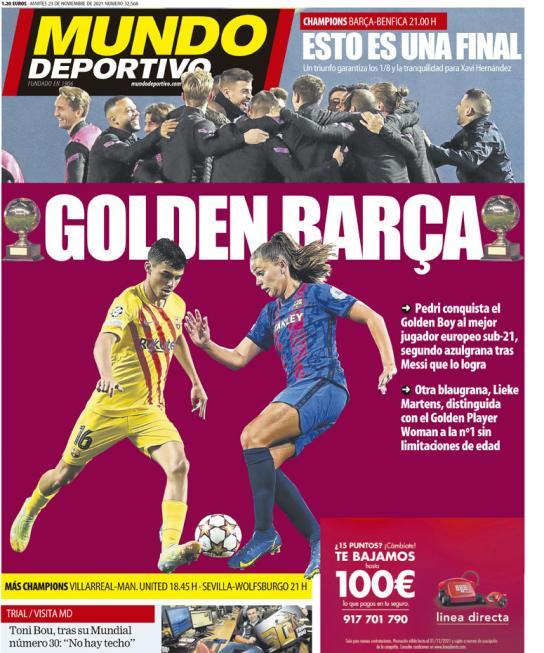 BARCELONA: Golden Barca - Pedri wins the 2021 Golden Boy award as the second Barcelona player to win it since Lionel Messi in 2005. Barcelona Femeni star Lieke Martens was named as the Golden Player of 2021, with no age restrictions, by Italian newspaper Tuttosport.