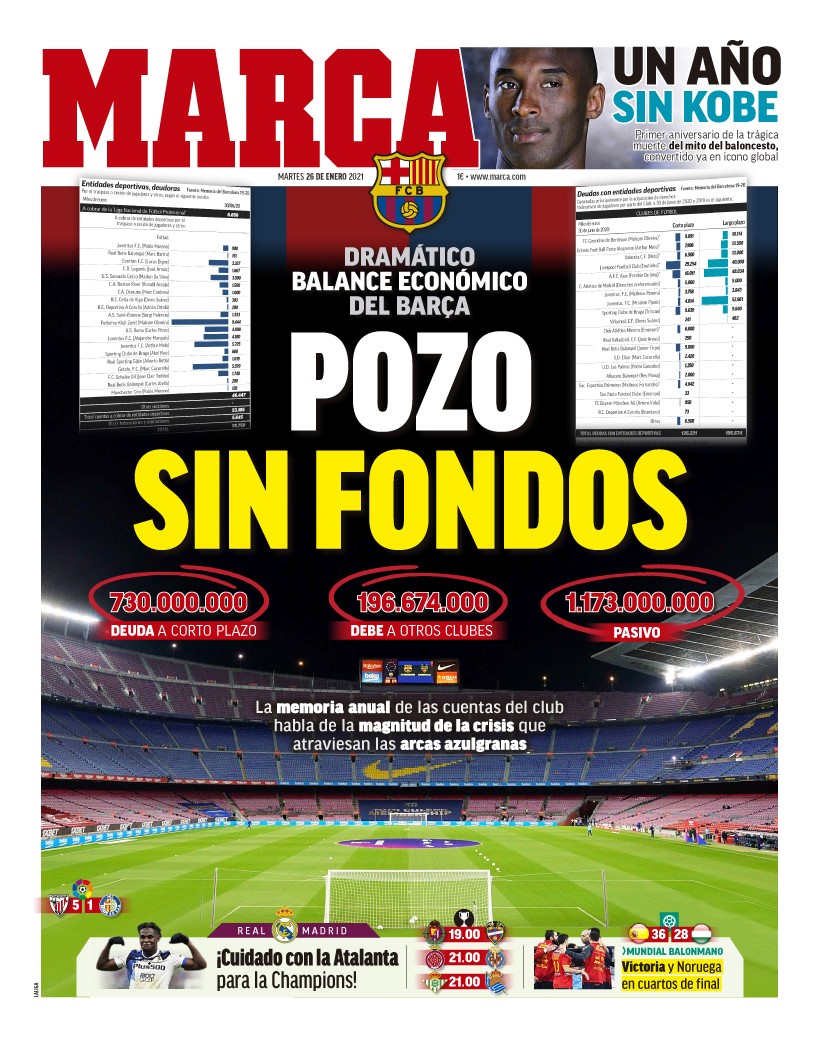 BARCELONA: Without Funds - Barcelona's financial situation continues to to worsen following the release of their accounts for the last 12 months. The Catalan giants have a reported Є730m worth of debt, with over Є196m owed to other clubs over transfer deals. 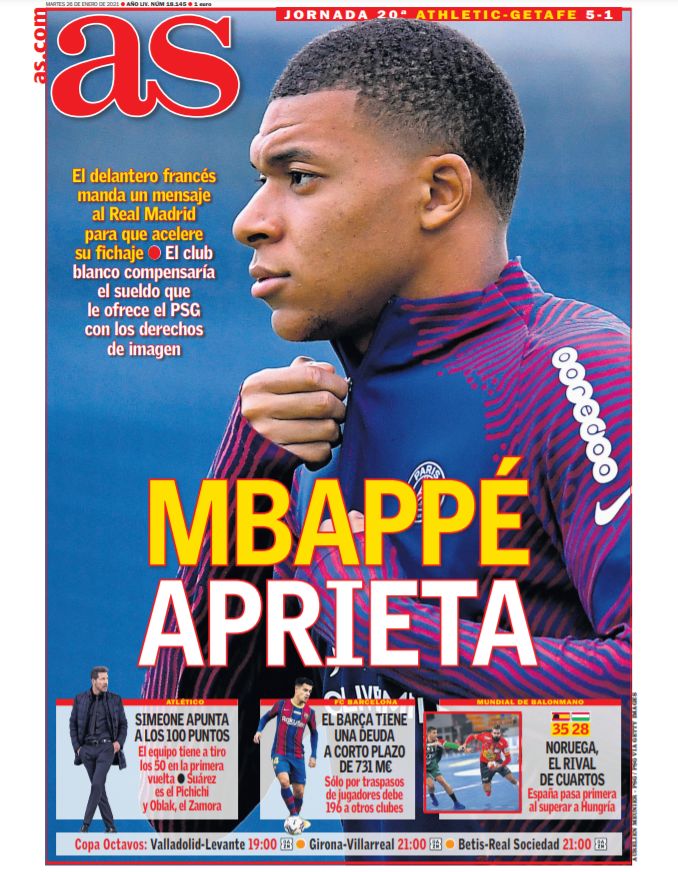 REAL MADRID: Squeeze on Mbappe - The French international has sent a message to Real Madrid to accelerate their move for him. Los Blancos will be aiming to match his current salary at PSG including wages and image rights. 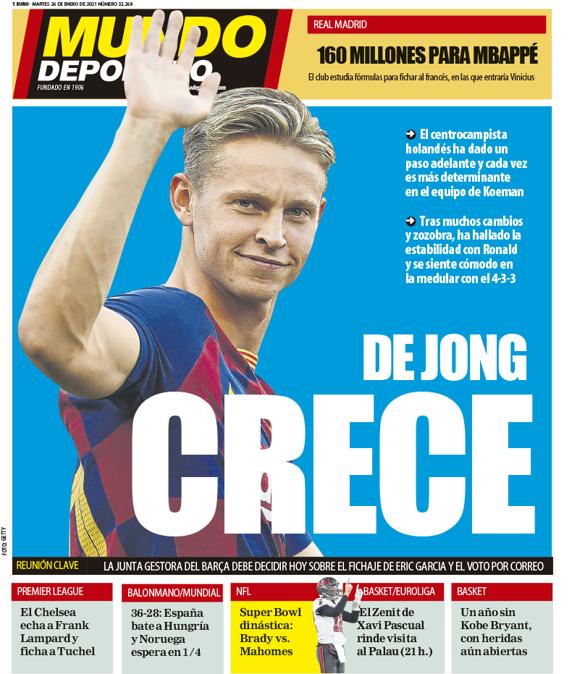 BARCELONA: De Jong Grows - Dutch midfield star Frenkie de Jong continues to improve and play a dominant and determined role in Ronald Koeman's Barcelona starting line up. Despite Koeman changing his options in recent weeks , De Jong has kept his place in the new 4-3-3 formation. REAL MADRID: Є160M for Mbappe - Real Madrid are working on their options to sign Kylian Mbappe after being quoted Є160M for the French striker, with a swap deal involving Vinicius Junior a possible option.