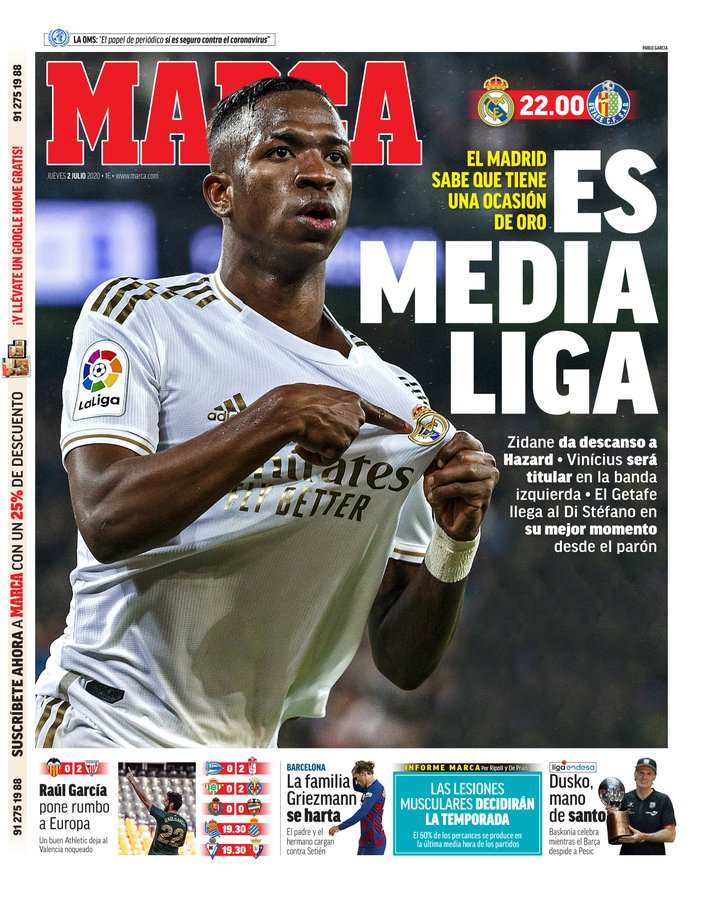 Halfway to the league - Real Madrid know they have a golden opportunity to take a commanding lead in the title race with victory over Getafe. Zidane will give Hazard a rest in attack and start Vinicius on the left side of attack. Getafe go into the game in their best form since the break in football. Raul Garcia brings Athletic Club Bilbao close to Europe - his double beats Valencia The family of Griezmann are fed up - father and brother book critical of Barcelona boss Quique Setien 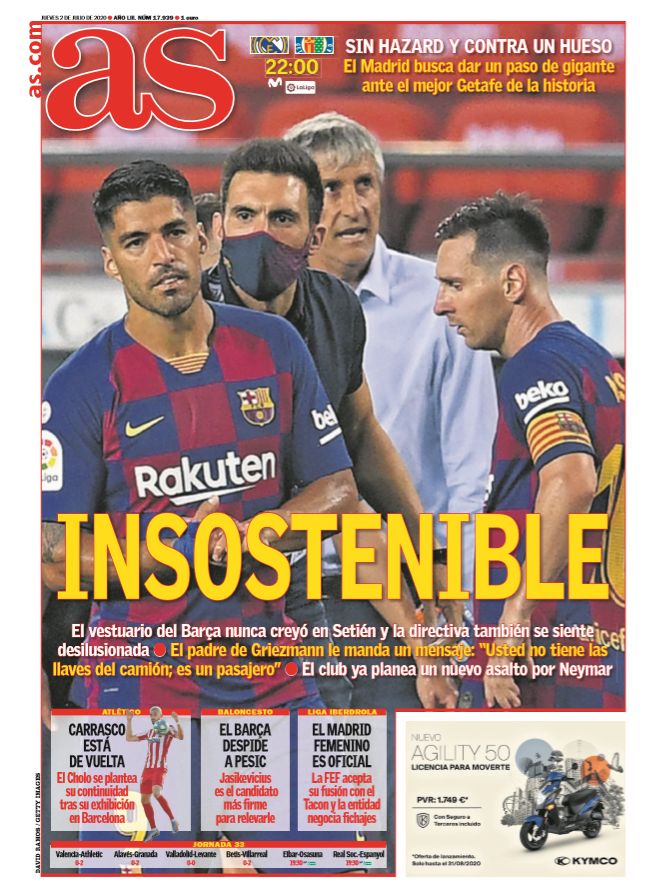 Untenable - Barcelona squad do not believe in Quique Setien and his coaching staff and directors are also disillusioned with the situation. The father of Antoine Griezmann claims Setien ‘does not have the keys’ to the club and is a ‘passenger’, while Barcelona plan a new move for Neymar. Real Madrid without Hazard and against a dangerous opponent - it is the best Getafe side in history but Madrid can take a giant step to the title Carrasco is back - Diego Simeone will renew his deal after great display against Barcelona Madrid’s Femenino team is now official 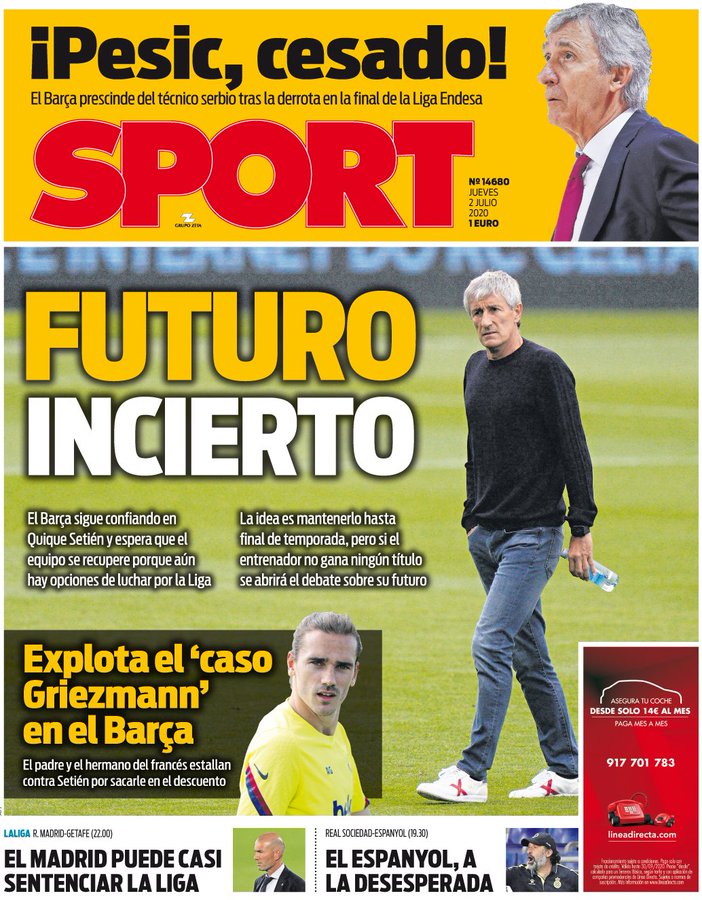 Uncertain future - Barcelona board maintain their confidence in Quique Setien and believe the team can still fight for the title in La Liga. The idea is for Setien to stay until the end of the season, but if the league title slips away then a debate will start on his future. Griezmann case explodes at Barcelona - the father and brother of the French forward are openly critical of Quique Setien Real Madrid can virtually confirm La Liga outcome with win - taking on Getafe Espanyol desperate for points against Real Sociedad