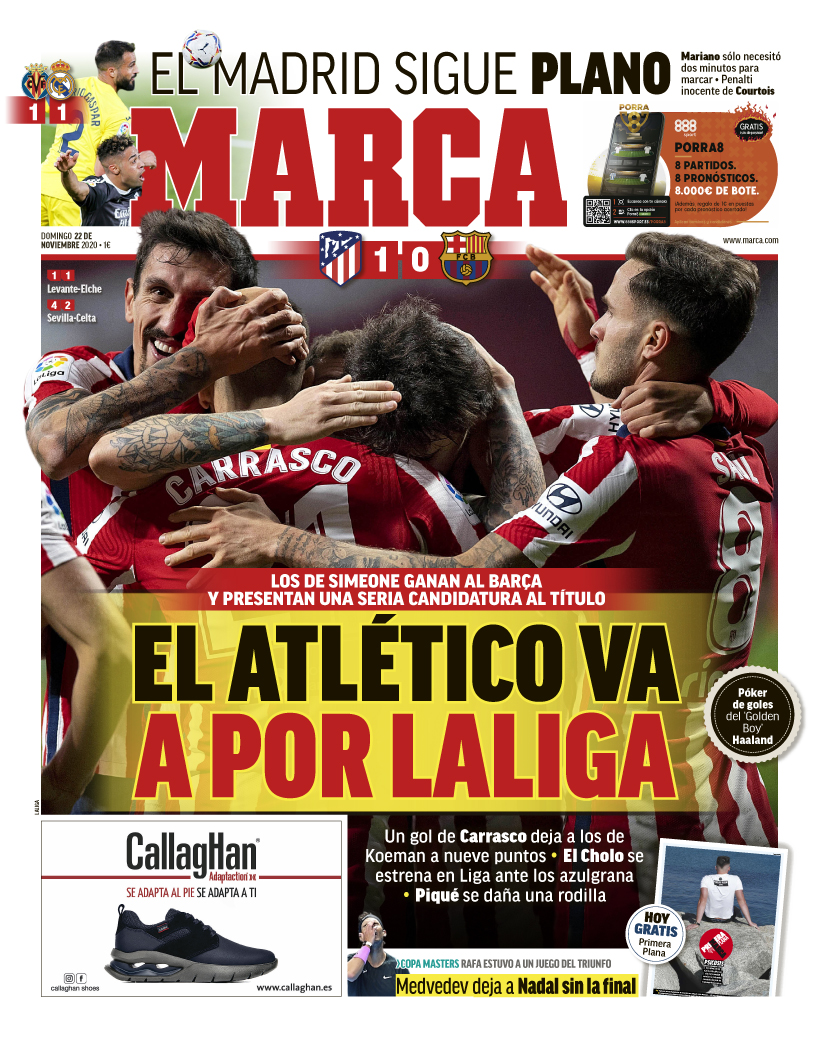 ATLETICO MADRID: Atletico Madrid for La Liga - Diego Simeone secures his first ever La Liga win over Barcelona, with a 1-0 victory at the Wanda Metropolitano. Los Rojiblancos' unbeaten start to the season has put Simeone's side in the race to challenge for their first La Liga title since 2014. 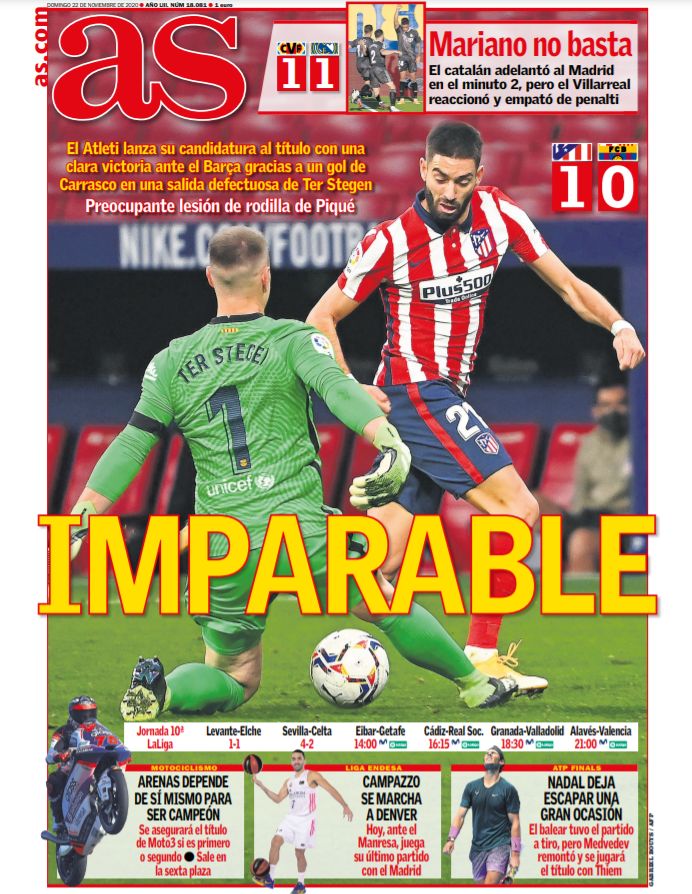 ATLETICO MADRID: Unstoppable - Atletico Madrid announce themselves as La Liga title contenders with a clear 1-0 victory over Barcelona, as Yannick Carrasco benefitted from a Marc Ter Stegen error to win it. Gerard Pique's second half injury will be a big concern for Ronald Koeman, with further tests expected tomorrow. 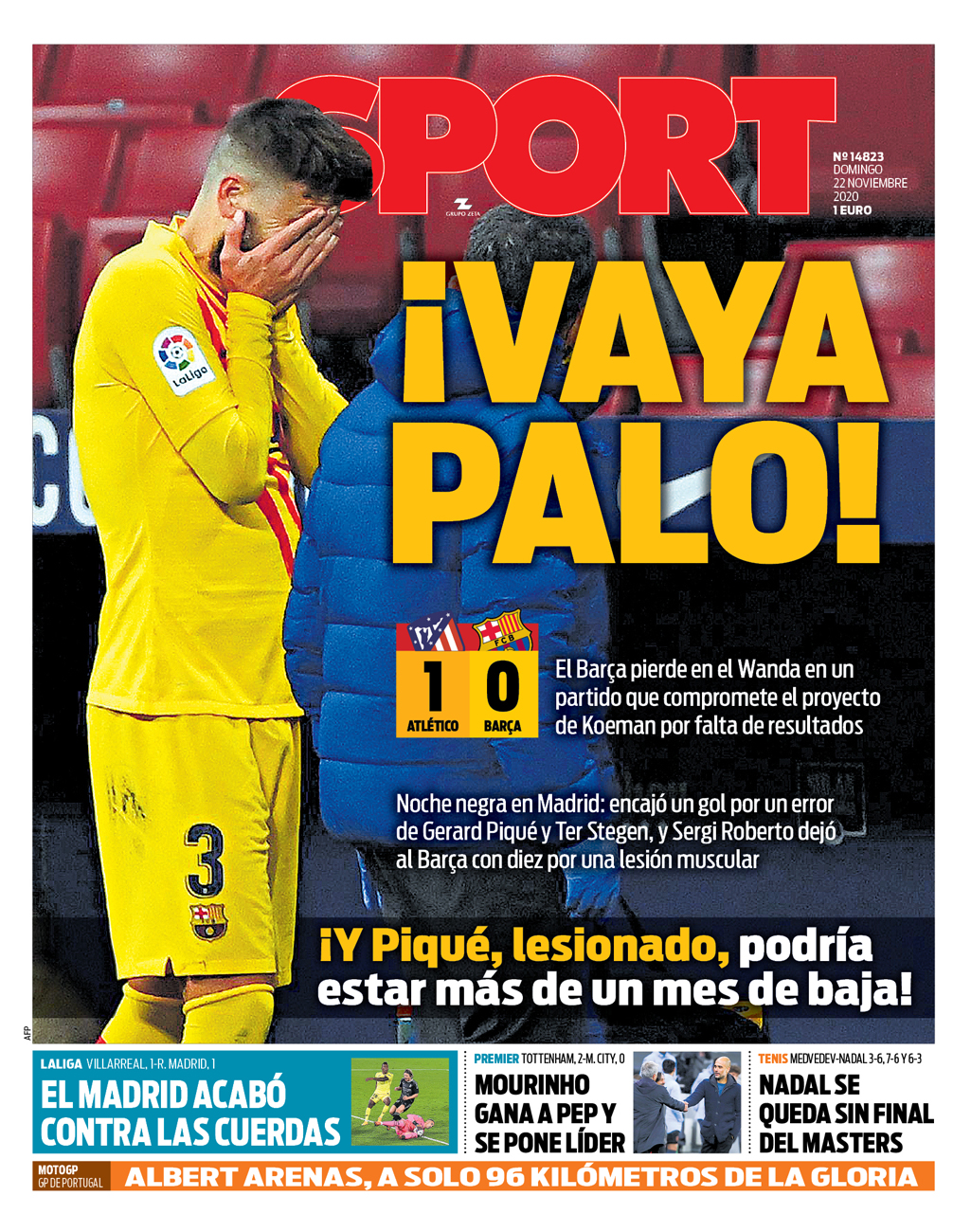 BARCELONA: What a Mess - Barcelona lose their third La Liga game of the season with a 1-0 defeat at Atletico Madrid. An error from Marc Ter Stegen gifted Atletico the win, with Gerard Pique expected to be sidelined through injury for at least a month after being forced off with a knee problem.